HEAVY REGULAR: “In The Studio” #1 with CICADASTONE 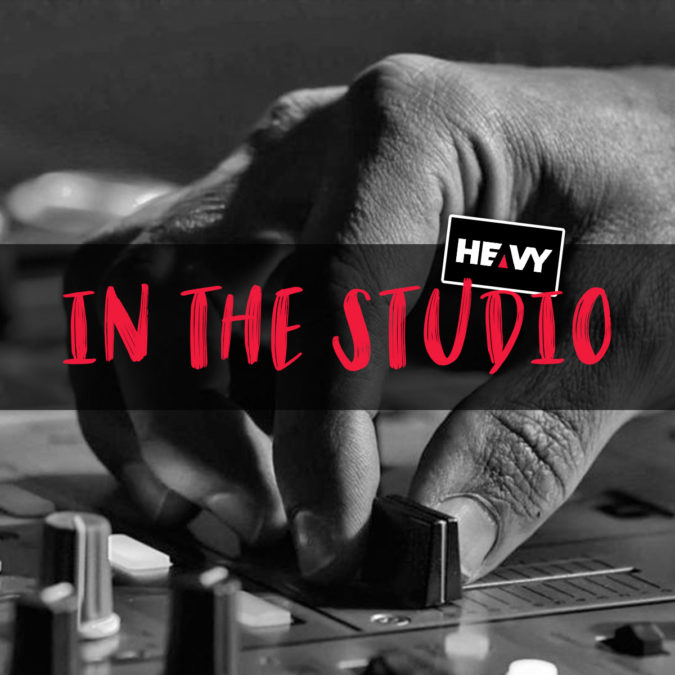 Welcome to the first of many ‘In the Studio’ sessions with Mick J.

Over the coming issues, Mick will be speaking to not only bands and musicians but also people involved in the music industry from all aspects including producers, mixers, mastering technicians, studio owners, managers and even guitar and amp technicians.

IN THE STUDIO WITH … MAT ROBINS FROM CICADASTONE

Welcome Mat to the first HEAVY In The Studio session!

Thanks for having me mate. It’s an honour to be the first.

Describe your music to someone not familiar with your work.

Cicadastone is all about melody. Whether it’s in the vocal, guitars or bass, It’s melodically driven. Growing up in the ’90s pretty much put me on that path. To write songs with dynamics, big riffs and most importantly a good melody. It’s gotta make you feel something. Sound-wise Cicadastone is straight out of the ’90s, pulling influence from the grunge movement. Bands like Stone Temple Pilots, Alice In Chains, Soundgarden all hit me hard.

So currently you are working on your second release from the band. 2016 saw the release of your first album Chance Collide. What was the approach second time around, anything different?

We had more time I think this time around. Last time we flew to America to mix chance collide. That was a disaster and I ended up mixing it myself. So this time we knew I was just going to mix it. However, it took a lot longer as we pretty much recorded all the drums but had to re-record due to a line-up change. It was worth it though. Also, we kept things simpler with tracking guitars. And I think overall we pulled bigger tones this time around.

You are recording once again at Melbourne’s ColourSound Studio, tell us about the setup there and some of the amps and equipment used.

Yeah well, it’s handy when you own the studio haha. But a lot of bands do it themselves these days. We just try to do it to a pretty high standard. Central to the studio is the classic vintage and rare AWA p66500 console. It’s got such an amazing sound to it. Think vintage Neve with fatter low end. All drums, guitars and bass were recorded down the console with some desk eq and minimal compression. I tracked my vocals with a Neumann 47fet, through a Cartec EQ-PRE-2A preamp and into a shadow hills compressor. For guitar amps, we pretty much used a Marshall JCM800 and an early Freidman “Marsha” prototype and some overdubs with a little Soldano combo which sounded great. Bass was through a vintage fender bassman rig which we also used on Chance Collide. It’s an epic amp which is hard to beat. We also used a bunch of different guitars for different songs.

As the owner of the studio does that allow for a more relaxed approach and can that possess its own obstacles?

Well you’d think we would have all the time in the world and I guess we do, but when I’m working on Cicadastone it means I’m not working on projects that actually pay the bills haha. So we always try to fit it around the studio schedule. Sometimes it can take a little longer than I’d like but I’m not complaining. It’s a balancing act.

Home recording has come along way and times have definitely changed. But there will always be a place for professionalism. You won’t get accuracy and experience from a home studio. You will get a lot of frustration trying to reach a goal, I’ve been there. It’s not fun haha. But it’s a good thing to do as you will learn as you go. I think having an experienced engineer and producer Involved in a serious recording is essential and will most certainly make the difference from a good recording to a great recording.

What advice would you give bands or artists planning on booking their first recording sessions, ie prep, where to book, what to expect?

First up have a good song. No point in kidding yourself haha. Get some feedback on your demos. Work out what’s worth taking to a pro-level. Then be rehearsed. I mean, know your stuff cause the time fly’s in a studio. You wanna make the most of the time. Have your arrangements, instruments, and egos in check. But most of all make sure you enjoy the moment. Cause it’s meant to be fun. Book a studio that you get a good feeling from. It’s important to be inspired I think when you’re in a creative space. And as for expectations, well maybe check out their previous work to get an idea of what is capable from that studio.

Well thanks for your time Mat, do you have an idea of a release date for Cold Chamber?

The new album was scheduled for release late 2020. But due to the global pandemic, the label has pushed it back to early 2021. We have already released two singles so far and it’s been going well, so expect a few more singles before the album comes out. I think it’ll be worth the wait. I just can’t wait for people to hear it. Thanks for the chat!!

Watch Cicadastone’s “Dying In Sunshine” below: