It is has been five years since the mighty symphonic power of Kamelot has hit Australian shores… and founding member Thomas Youngblood says that it has been too long and it is about time that it was rectified.

When HEAVY Mag recently sat down to chat to Youngblood the excitement at being able to head back to Australia was really clear, not only does he want to wow audiences with their new material from The Shadow Theory  but he wants to explore the country and is really looking forward to being able to perform with Once Human’s Lauren Hart in front of Australian audiences.

“Well of course we will be doing songs from the new album, The Shadow Theory, but we will also be doing songs from the older records as well,” Youngblood explains. “So yeah a mixture of both The Shadow Theory and some of our old classics and we will be bringing along our new guest vocalist Lauren Hart who I think grew up in Melbourne. Touring with her and this whole Shadow Theory tour cycle first started in North America and it was a really big tour, this has been our biggest in the U.S. so far, it has been great for the live experience and we are so excited to bring it down to Australia and show the fans.”

Youngblood also says the band still gets that’ buzz’ whenever they get to go on stage and perform a new track live. “We totally do,” he says with a laugh. “But also some of these new songs are challenging so it is always fun to play them versus as song that we have been playing for years that you don’t really have to think about. But I like the new songs because I get to think a little bit and it challenges me as a player so it is always fun to play new songs and they have been going over great. When I’m thinking I am normally thinking ‘just don’t screw this up badly.’ We work really hard before all of this, rehearsing and all, individually and together but there is always that intangibles that can happen with a live show, there is the sound, the monitors all of those things can affect you psychologically . Luckily there has been no disaster and all the songs are pretty much nailed down now so when we come to Australia we will be coming out of Japan and everything will be firing on all cylinders.”

All the details for Kamelot’s The Shadow Theory tour  can be found below. 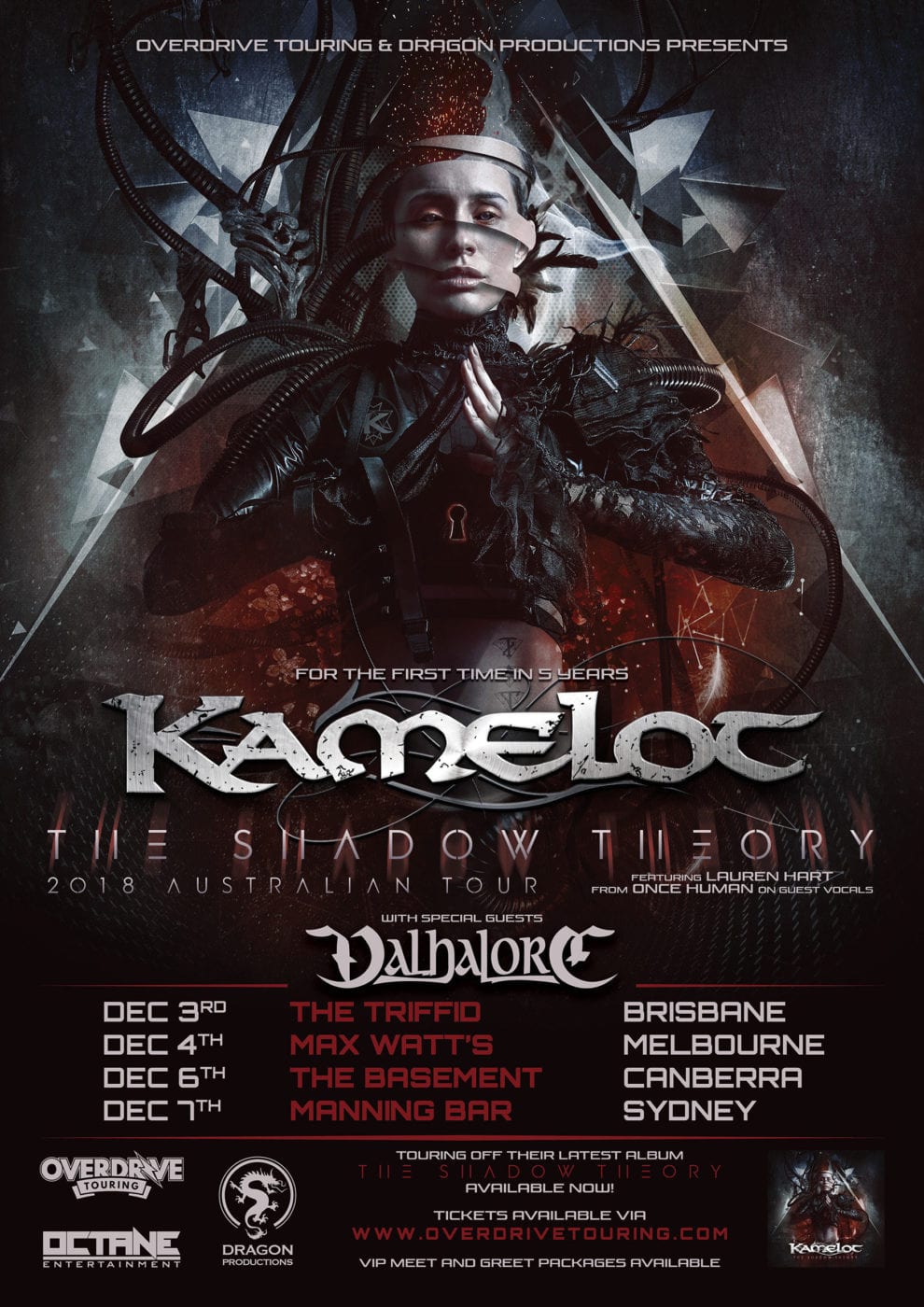