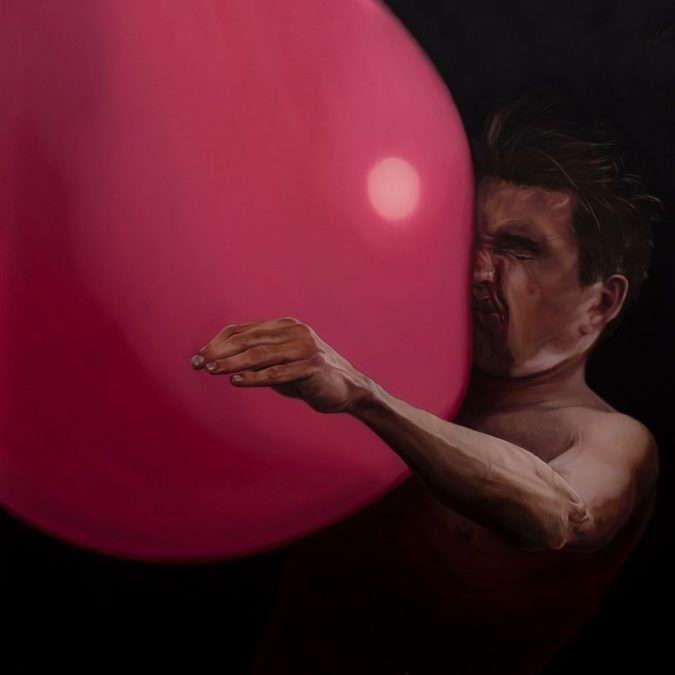 IDLES meteoric rise to stardom since their debut album Brutalism (2017) could be seen as somewhat unexpected, given the lack of representation for punk acts in the mainstream, but make no mistake, IDLES reputation as one of the most exciting bands coming out of the UK holds true. Brutalism was an electric sound of fury and anger, where singer Joe Talbot bellowed some of his most ferocious lyrics at an unjust world. In 2018, they followed this up with Joy as an Act of Resistance, an album deeply rooted in personal experiences, that shares the same level of fury shown in their debut, whilst evolving and incorporating witty, and often satirical lyrics. The Bristolians have now garnered a distinction as one of the best live acts in the UK, emphasised by their three sold-out shows at London’s Brixton Academy next June.

Following their two critically acclaimed albums, and a live release, the five-piece are back and firing on all cylinders once again. This time with the help of Kenny Beats, notorious for his Hip-Hop production, as well as features from Jamie Cullum, David Yow (Scratch Acid, The Jesus Lizard) and Jehnny Beth (Savages), along with frequent collaborator Nick Launey. Ultra Mono dials down on the eccentricity and gets down to business from the word go; eluding to Joe Talbot’s claims “I mean ba-ba business” on  ‘Kill Them With Kindness’. Contrary to their first two releases, humour is sparser on Ultra Mono, existing only on a couple of tracks. However, it makes up for this with catchy riffs, huge choruses and larger production, something which would not seem out of place performed at the largest arenas, whilst sticking by the same core values which garnered IDLES so much traction.

The first track ‘War’ is as raucous and energetic as you would expect of a track with such a title.  The lyrics “This means war, anti-war”, are surrounded by Jon Beavis’ blustering drums, reminiscent of the unpredictable panic of a war scene. The first single released, ‘Mr. Motivator’, is classic IDLES; humorous lyrics with a concise and groovy guitar riff performed by Mark Bowen and Lee Kiernan. ‘Grounds’ carries the forward momentum with some of the most thought inducing lyrics on the entire album, wanting to “Unify” communities. ‘Anxiety’ and ‘Kill them with Kindness’ continue the upward trend, perhaps two of the more political tracks on the record met with cathartic rage and two pounding riffs.

‘Model village’ is one of the catchier songs, with a huge chorus to match. Before ‘Ne Touch Pas Moi’ (‘Don’t Touch Me’ – in English), provides an important reminder of the vital work Safe Gigs for Women are doing to create a safer environment for women at gigs. ‘Carcinogenic’ is a stark statement telling the listener to “love what they have”, which leads to ‘Reigns’, the most recent single from the album, which provides an irresistibly catchy bass riff by Adam Devonshire and possibly IDLES biggest and most cinematic chorus in their discography. The album then slows in tempo for ‘The Lover’ and even more so for ‘A Hymn’, which is the most despairing moment in tone, where Joe Talbot says “I wanna be loved, everybody does”. However, ‘Danke’ provides the perfect follow up and closing track, after the sorrowful tone of ‘A Hymn’, with Talbot bellowing “True love will find you in the end”, providing a hopeful and meaningful end to a sublime album.

Irresistible grooves, potent, yet important lyrics and pure rage make up IDLES third studio release. This is another huge success for the Bristolians, with the same core principles that made IDLES garner such attention, but with a bigger production and more inventive sounds. Ultra Mono stands the test of huge expectation and stands alongside Brutalism and Joy as an Act of Resistance in the ever-growing canon of magnificence from the band!

PrevPrevious.STONE DEAF Release New Single And Video ‘Polaroid’
Next.JIMI HENDRIX In Maui And Live In Maui Album Out November 20Next