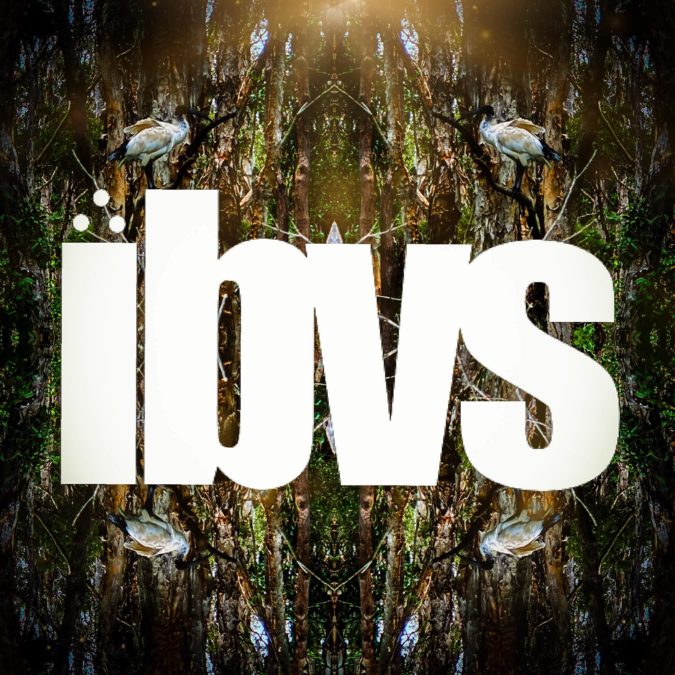 One of the things I love about what I do is getting to join some bands on at least part of their musical journey.

This is made possible only on rare occasions when the planets align, but when it does I almost get to feel like a musician more than a writer.

When bands premiere their early track (s) through HEAVY and then go on to release an EP or album, I try to follow their trajectory from what amounts to tentative first steps before gradually increasing in confidence and ability in the lead-up to their first slab of musical discovery.

Recently this very thing happened when Gold Coast rising metal/prog hybrid ibvs sent me their debut single and from there we had a bit of back and forth before settling in for an interview and stepping into that big, wide world of music together.

That first track, Follow The Gaijin, blew me away with its musical disparity and eclectic nature while still harnessing the exuberant energy that only a fresh project can elicit.

I wanted more – which they didn’t offer – instead making me rightfully wait like the rest of the world for their debut self-titled EP to be set forth into the wild.

Well, that day has now come, and I can’t wrap my ears around it quickly enough!

Opening track Slingshot Solar starts with gentle piano that is quickly overtaken by the eerie sounds of synth… am I even listening to the right band?

I fidget a little before the sounds turn more user-friendly with hints of rock starting to seep through and you can almost feel the static energy caressing its way through your veins as anticipation builds… and builds… and builds.

This is a totally unexpected yet comfortably soothing foray into the mechanisms of a band who not only say they don’t give two fucks about expectation but actually back it up.

Things get more urgent as the instruments merge into a sonic wall of intent, the inner schizophrenic nature of ibvs beginning to take over.

Not one word has been spat in anger yet, but this song doesn’t need them. Powerful stuff!

A gentle doo wap drum roll introduces Silent Listener before Benny finally grabs the mic and delivers the first jab in what is looming as a 12-rounder with Mike Tyson.

This track is more measured while remaining rudderless, with an almost jazz-like hypnotic pace that is driven along by a restrained yet powerful vocal delivery that is at once recognizable yet somehow unique.

These guys certainly know how to build a piece of music and there is so much going on, but nothing seems to be competing.

Work that shit out.

The musical talent on display here is sensational and as I start to enter that rabbit hole Silent Listener explodes into a pit of sonic rage with enough timing and tempo changes to confuse a large elephant. The song speeds up then slows down before fading into itself, drawing renewed energy before expelling it with almighty force.

It is already impossible to label ibvs’s sound and when it is this refreshingly original why the fuck would you want to?

Just when I thought I had it sussed, a ripping guitar solo entices the inner demon from Benny’s (or is it bass player Tiggs who also provides vocals?) throat and then is gone, replaced by the calmingly oppressive wave of anarchy that can only come from a tortured mind.

EP single Follow The Gaijin is next, and, as usual, you can find this track on your own, so I’m not going to bother reviewing it and doing the heavy lifting for you.

But definitely check it out because it is amazing! Here, I will even make it easy for you.

Black Dog Hindsight hints at a more serious subject matter which is delivered by a softly sung/spoken passage over gentle guitar that accentuates the delicate nature of the lyrics. The rain clouds converge and slowly overshadow the calm, easing into a more urgent and confronting tone that simmers barely below the surface.

Benny seems to have as many vocal styles as ibvs’s music has personalities, his voice conducting its own private battle with the elements that constantly change around them. It’s very Mike Patton like in its unique nature, prone to sudden outbursts of violence, tempered only by the direction of the wind sporadically drifting from the drumsticks of Clintoz.

A quick look at the running time of this track shows it to be a tick under ten minutes, so I’m guessing I’m in for at least a bakers dozen worth of welcome tempo changes before it finishes…

The phrase “a song within a song” finally makes sense to me, with Black Dog Hindsight capable of being separated into at least 6 different entities that I can pick so far. The majestic nature of the music conjures moments alluded to musically by Tool, but I doubt even those guys would have the patience to give life to their songs as eloquently as ibvs.

Survivors Of The Sun starts with more synth, and I only just now realise that I hate synth in my metal soup – usually.

The instrument is layered so well underneath the organized chaos delivered by ibvs that unless you actually concentrate on separating the sounds they eliminate the total reliance and emphasis on individuality.

This is a team effort throughout and is masterfully delivered – almost too well for a band on their first EP. And then I remember that these guys are all from popular local outfits previously (don’t ask me who because that was over 123 JD’s ago when I read that)… and off I go into my own little tangent. Much like ibvs really, who have their own musical agenda that is frankly almost impossible to ignore.

And check out those double kicks towards the end of this song. Fuck. Me.

If I thought I was even close to being on the same page musically as ibvs after listening to the five songs that came before, Slingshot Lunar takes that notion and carves it into microscopic pieces, all within the first ten seconds.

A swirling, anarchic maelstrom of drums and guitar, ibvs draw a sonic battle line on this track from the outset, with each protagonist winning their share of the early exchanges.

I never thought I would say this, but I find myself hoping this will be an instrumental finale where the winner is music before the boys throw another curveball and transport me into the seedy underworld of rock and blues, an almost shuffling guitar pattern controlling like tides of the ocean while that underlying menace that chaos is bound to ensue looms large over every note.

These guys are playing games and having fun by this point, seemingly knowing where your mind subconsciously will lead before doing exactly the opposite – unapologetically even.

Then, as suddenly as it began, ibvs have had their way with us, fading into a musical chasm void of vocals that draws an overwhelming correlation with the unexpected nature from whence it began.

This EP is going to take repeated listens to fully sink in, and for once I am happy to oblige.

And yes, it was well worth the wait. Even if I didn’t enjoy having to.