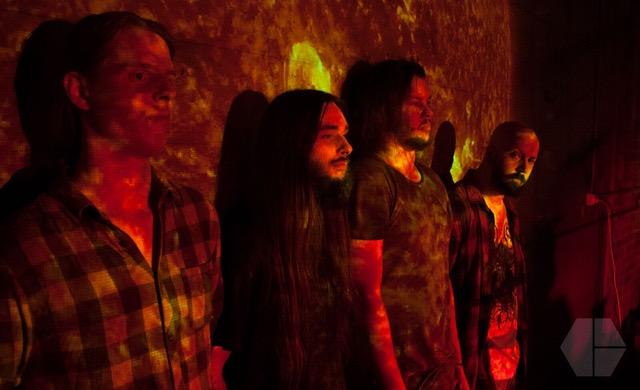 Sydney doom masters Hypergiant have just released their debut album Father Sky!
To celebrate they have unleashed the epic video for Colossi, with a riff as big as its title suggests!

Featuring riffs that topple cities, earthquake inducing bass lines and solos for days, Hypergiant are fast becoming a sought after name in the Australian doom rock scene.
Named for the ultra-massive class of star, Hypergiant fuse the monolithic riffage of stoner rock with the intricacies of progressive metal to create a sound both colossal and nuanced.
Drawing inspiration from a broad range of artists, from the revered godfathers of the riff, Black Sabbath, to the modern behemoths such as Mastodon, Sleep and Baroness, with a hint of the psychedelic space-rock characteristic of Pink Floyd and Hawkwind, Hypergiant are steadily carving out a sound of their own from the molten sludge of these combined influences.
In early 2014 the band released their self-produced debut EP, Planetcracker, to glowing reviews from the underground music press. One common theme presented itself in these reviews: “We want to hear more.” Armed with this mandate, the band set their sights on writing their first full-length, entering the studio in 2016 to lay the foundations of Father Sky.
Recorded and mixed by Clayton Segelov (Full of Hell, Adrift for Days, Sleepmakeswaves) at The Brain Studios and mastered by Brad Boatright (Sleep, High on Fire, Converge), Father Sky is an ambitious and eclectic slab that sees the band traverse sonic ground ranging from throbbing stoner metal to crushing sludge to swirling, hazy space rock, with every shade of heavy in between.
Hypergiant will be touring in support of Father Sky across November, December and February with more dates to come!
TOUR DATES
Friday, November 17: Transit Bar, Canberra
Saturday, November 18: Marrickville Bowling Club
Sunday, November 19: The Bald Faced Stag
Friday, November 24: Club Engadine
Friday, December 8: The Record Crate, Glebe
Saturday, February 10: Dicey Riley’s, Wollongong
Saturday, February 24: Valve Bar, Sydney
Father Sky is out now!
https://hypergiantmetal.bandcamp.com/album/father-sky