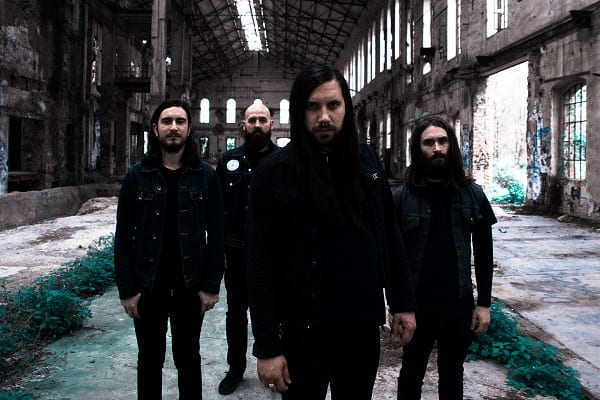 HIEROPHANT have announced new European shows in addition to their recently published BROKEN HOPE mini-tour in March 2018. The Italian death fanatics have now added festival dates and more appearances in their home country.

Please see below for a list of all currently scheduled concerts. 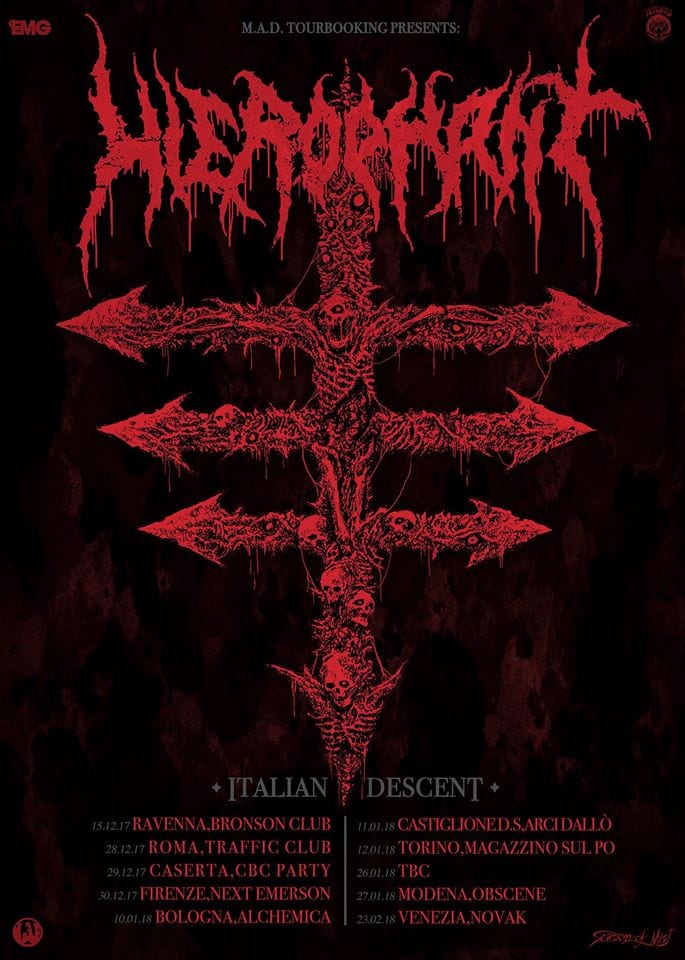 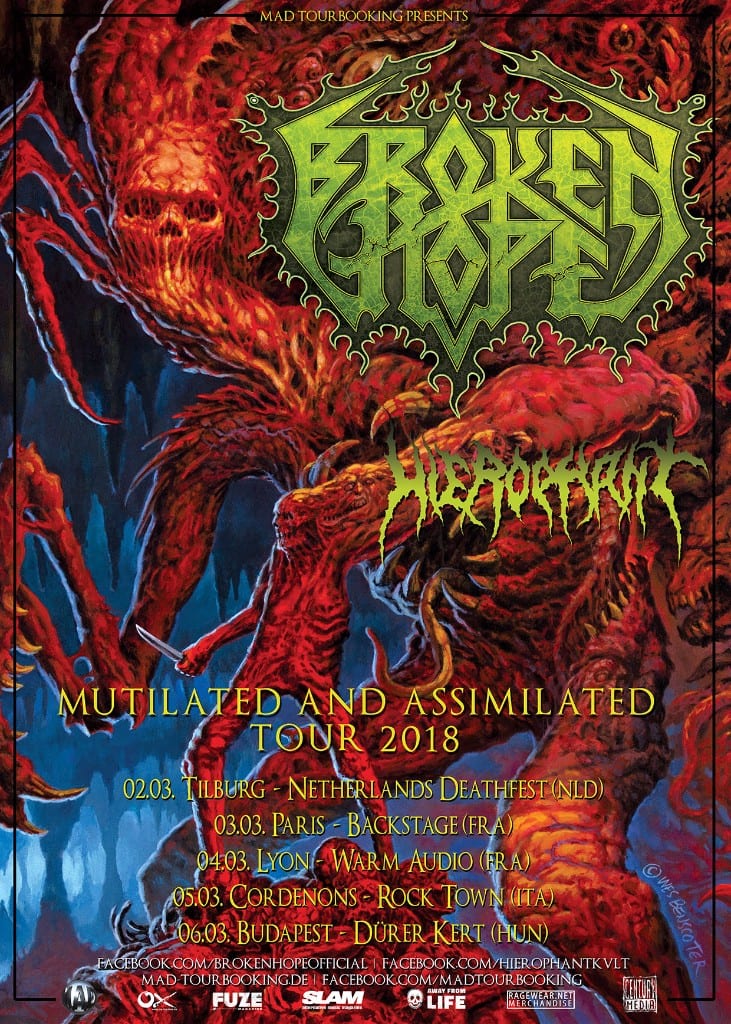 HIEROPHANT are touring in support of their current album ‘Mass Grave’, which is streaming here:

HIEROPHANT commented: “Our new album, ‘Mass Grave’ is the result of two years spent collecting disgust and constant disappointment towards humanity and transforming this feeling into music. We are more than proud of that. Check this full record stream now.”
The artwork of ‘Mass Grave’ was created by the renowned Italian painter Paolo Girardi (INQUISITION) 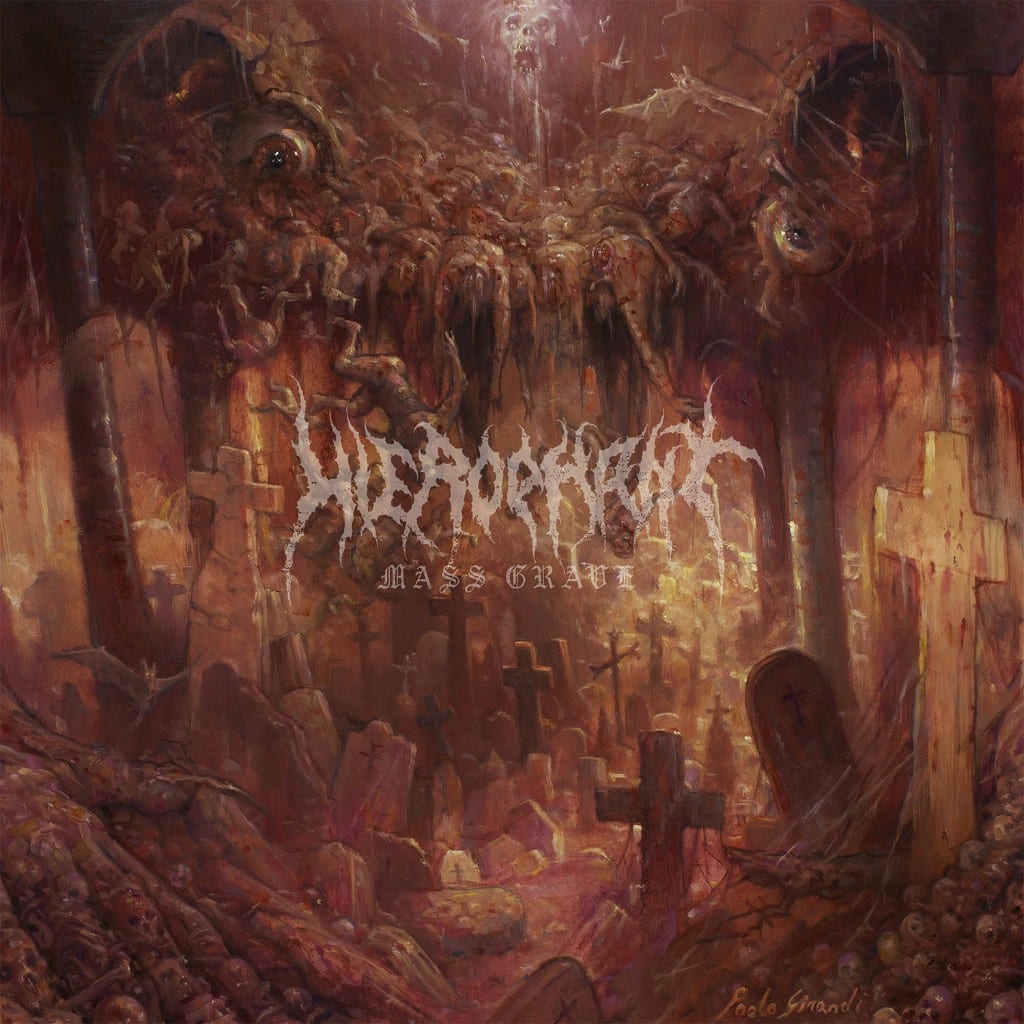 Darkness comes crushing down like an avalanche of despair, misery, and pain. While an undercurrent of harsh brutality is tangible within each note, there is also a black void clawing at sanity and trying to drag all emotion into the lurking abyss. HIEROPHANT conjure a bleak sonic landscape on their fourth full-length ‘Mass Grave’.

HIEROPHANT were conceived in the classic Adriatic city of Ravenna in the Emilia-Romagna in 2010.

The band quickly left a mark as one of the leading exponents of extreme Italian music. A first self-titled full-length was released in the same year as their founding and the band started to constantly play all over Europe.HIEROPHANT were also picked up on the other side of the pond. Following the EP ‘Son of the Carcinoma’ (2013), their sophomore album ‘Great Mother: Holy Monster’ (2013) was also released in North America. PrevPrevious.Paramount Gives Us More Of A Look At Sherlock Gnomes
Next.Cannibal Farm To Get VOD ReleaseNext