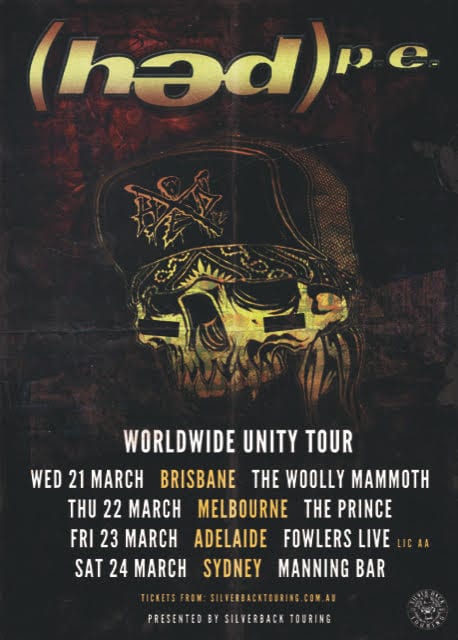 Genre melding masters, (hed) p.e. will be making their long overdue return to Australia this March as they embark on their Worldwide Unity Tour!
Fusing rock, punk, rasta, gansta rap and soul into something truly unique (and affectionately known as G-Punk), (hed) p.e. have been a mainstay in the rock and metal community since forming in 1994.
Over the course of their ten albums the band have continuously attempted to bring down the New World Order and the global elite via their socially aware and enlighten lyrics. Bringing attention to the evils that go on around us and control our lives.
In 2018 this is more relevant than ever! (hed) p.e. are the voice for a movement that empowers youth and explores secret world history, and at the same time promotes unity and political activism.
Couple that with their poundage riffage, solid grooves and funk infused rhythms, you can dance your ass off while simultaneously tearing down the establishment!
So just what does (hed) p.e. stand for? The bands vocalist since day one, Jahred Gomes explains,
“(hed) p.e. basically means our consciousness is connected to the planet and the planet is evolving, therefore, we as her children, evolve with her. The “p.e.” originally was defined as PLANETARY EVOLUTION, and sometimes morphs to PLANET EARTH and back, but both carry the same message, the (Hed) is the symbol for consciousness. WE ARE ON THE MOTHERSHIP!”
Join The Mothership as it visits the following cities:
TOUR DATES
Wednesday, March 21: The Woolly Mammoth, Brisbane
Thursday, March 22: The Prince, Melbourne
Friday, March 23: Fowlers Live, Adelaide (AA)
Saturday, March 24: Manning Bar, Sydney
Tickets onsale, Thursday, February 1 @ 9.00am via
silverbacktouring.com.au
Official Event Page
www.facebook.com/events/2057050167646383
facebook.com/hedpe
facebook.com/silverbacktouring 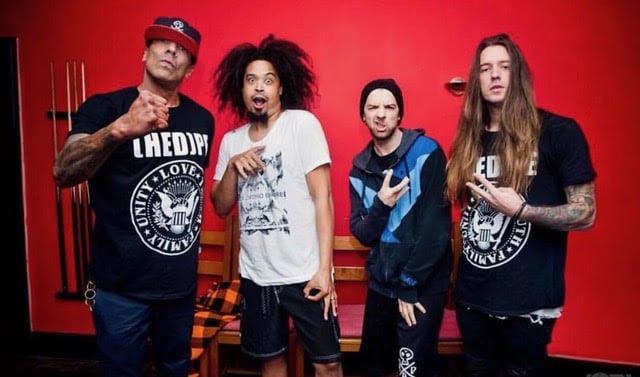