HEAVY REGULAR: “This Goes To 11” With JOE TABACK This Goes To 11 is a regular column hosted by Mark Dalbeth.

Mark was born in New Zealand and now lives in Los Angeles, and would be better known in Australia as having been part of the band Bellusira. Following his dreams, Mark moved to LA and has been working on Rav Medic plus an exciting new project he has in the works. As a performer, Mark has been the subject of many interviews and as a result of often being asked the same generic questions himself, has come on board with HEAVY and plans to conduct interviews with an edge.

No bullshit questions, no boring anecdotes and definitely no soft edges, “This Goes To 11” is a column where the musician finally gets to turn the tables with hard-hitting questions you won’t hear anywhere else.

In this instalment of “This Goes To 11” Mark chats with Joe Taback from American rock band Breaking In A Sequence. Based in Orange County, California the band also features David Silveria from Korn on drums. Joe is a prolific musician and has previously played in popular rock acts 12 Guage Embrace and Needlemouth.

M.D: Let’s cut straight to it!

Your biggest fear right now with the music industry?

J.T: I would say my biggest fear in the current climate for music is that live shows and touring may not get back to its full potential with this pandemic.

I think rock music is fighting more for commercial acceptance these days because the music industry has focused more on pop. I think generations these days look for catchy hooks because that’s what the market is flooded with. I think there is a lot less emphasis on musical substance in rock, what the message may be about, where the music takes you emotionally & what the song may be about lyrically. At least in the United States, it seems most radio stations are going from rock to pop. It’s very unfortunate but sad and true. I am not discrediting pop art by any means. All musical art and artists are important, I just think rock falls by the wayside these days for some.

There has been plenty of times where I wanted to throw it all in, or give up on trying to do something musically. I’ve done it more than once actually but music is a part of me and I am miserable without it so it always draws me back in somehow. Being in a band can be hard, there’s different personalities, different beliefs, different ways of life but at the end of the day I realize all of those things contribute to the art that you end up making together. To me that is priceless, the magic that happens ends up being worth it to me more than not having music at all I get to leave my stamp with people I like to create with and that will always be there forever.

My writing process is pretty much the same whether I am writing for my band breaking in a sequence, another artist, or myself I tried to portray an emotion that I am feeling or the artist is feeling through music. For my band you always have to be ready to let 5 other people come in and put their stamp on it also, that’s what being in a band all about but for another artist or myself writing a song lyrically, I just want to release whatever I’m feeling at the time and get across the message I am trying to express. In B.I.A.S, we write the musical demo and send it to Richard (singer) to chop it up, get a vocal melody ready. Then we work on it all together as a band in the studio on the weekends.

As far as physical Cd’s, I believe it is still worth making a product that your fans can physically enjoy. I don’t think it really makes a difference as far as the sales or business side of it but I do believe when you have somebody that really enjoys what you do they like to have the whole package, the art, the physical copy, whether it be Cd’s or vinyl if they can. So for the most part I do believe digital sales have taken over the industry but it is still important to have something physical for your true fans.

I think this question is a little humorous. If you are a musician that has ever tried to do anything professionally with music I think we have all sacrificed money to try to make that happen. We have all paid to play here in Southern California at some point. We have all spent more money on gear and ways to get to a gig then what we were getting paid for. We have all taken time off of work that actually pays bills to pursue our passion; whether we got paid or not. So yes I am willing to sacrifice that on top of that I have sacrificed time with family and friends. To pursue a musical career. Money you can always make more of, time you can never get back.

Even though commercial Rock radio seems to have been on a steady decline, it’s still there and the people that love rock will always love rock, I don’t know if it will ever become as mainstream as it used to be. It could come back twice as hard with the world’s climate these days, I think everybody has just a little bit more aggression, pain, sadness or tension held up inside. There will always be a way to find rock music, it will not die.

Was Lars Ulrich right? Has rock music become too safe?

I am not sure if Lars was right about rock music being too safe. He would know more than me considering who he is and how long he has been doing music. He has seen and experienced a lot more than I ever have but I do think that the world, in general, has become a little less accepting of anything that might be out of the norm. With cancel culture, online bullying, keyboard Warriors, It’s hard to push boundaries these days to create. I think the days of everybody getting in a room together and writing music that feels good to them has fallen by the wayside also. The best music we always listen to growing up was written that way. Now It seems people don’t wanna deal with each other, might be too complicated lol. So as far as rock music being safe? I don’t know about that but I would say it definitely has become too sterile. It’s why I like to write the old fashioned way!

I would say that it’s important to play in multiple projects. I think it really depends on the individual. I have my main band breaking in a sequence AKA bias, but I also have different kinds of music that feed my soul. Unlovely Creature is an acoustic project I do with the amazing Joy Wiltz, I get a different feeling playing with her, it feeds a different part of my soul if that makes sense? For me, music fills a void that used to be taken up by unproductive and damaging things in my life. So for me personally whether it is one project or 20 projects, I think if you love it and you enjoy it and it brings you happiness you should do it.

Upcoming in breaking in a sequence, we will be releasing a new track and the video before the end of the year, we plan on coming out strong the beginning of next year with a bunch of new music and hopefully touring (pandemic permitting).

Unlovely Creature is in post-production stages of our 1st 3 song demo we plan on releasing a track and a video also beginning of 2021. So look out for both! 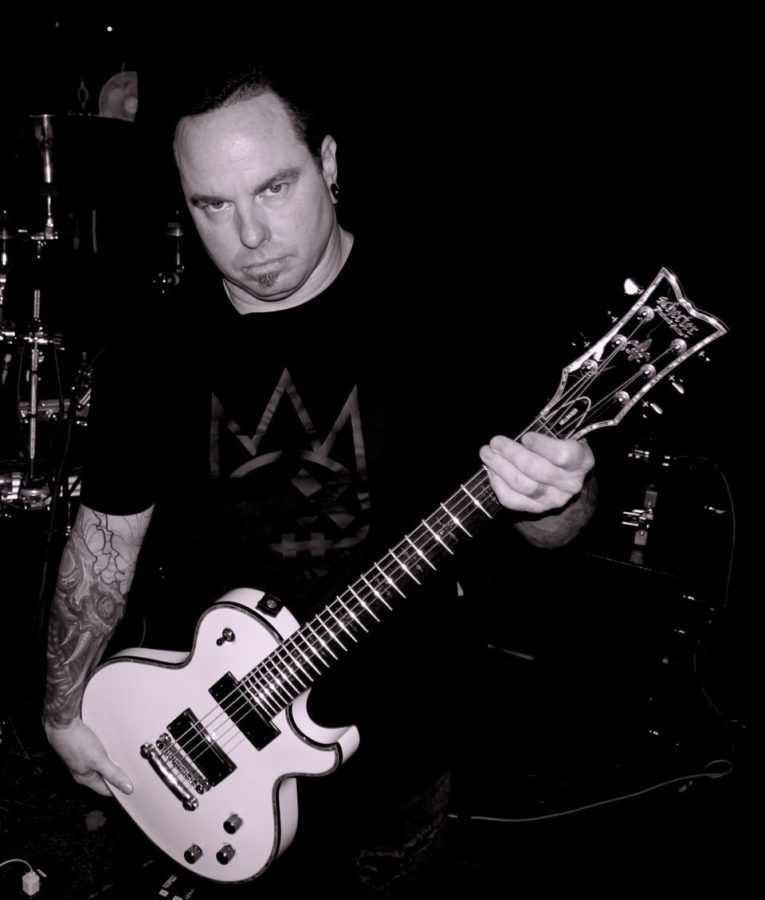 KILLER BE KILLED With New Single