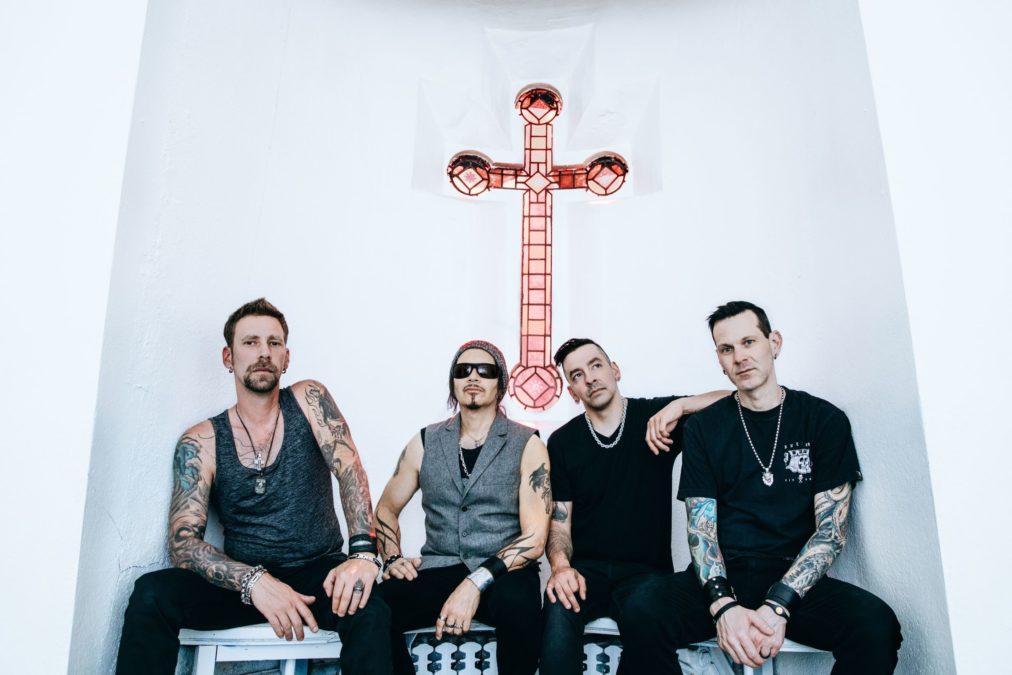 Following his dreams, Mark moved to LA and has been working on Rav Medic plus an exciting new project he has in the works.

As a performer, Mark has been the subject of many interviews and as a result of often being asked the same generic questions himself, has come on board with HEAVY and plans to conduct interviews with an edge. No bullshit questions, no boring anecdotes and definitely no soft edges, This Goes To 11 is a column where the musician finally gets to turn the tables with hard-hitting questions you won’t hear anywhere else.

This week Mark speaks with New Jersey rock band Weapons of Anew. Answering the questions on this one is their guitarist Freddy Ordine.

MD Your biggest fear right now with the music industry?

FO “I wouldn’t say fearful. More just waiting to get back out on the road. Sooner or later things will open back up. So, for us, it’s just about looking for ways to set ourselves up for success and capitalize on the situation we are all in.”

Why do you think rock music is always the genre fighting for commercial acceptance?

“I dig the fact that it’s a little more of an underground thing. It’s a bit more intimate and when people connect with it, they stick with you for the most part. If you’re a rocker, chances are you’re going to be a rocker your whole life. I always looked at it like an island of misfit toys! But it’s real.”

“Yes, I was in a band called HavocHate from the late ’90s thru 2006. I was burnt out and just done with all the craziness. I wanted to be home to raise my kids and try to be a ‘normal person’. I pulled it off for about 10 yrs., but after a few yrs. away, I missed it more and more every day to the point I couldn’t ignore it. So, I figured I’d start playing and fucking around a little again. Here we are 5 yrs. later with multiple tours under our belts, our 2nd full-length LP about to drop, and our first song charting on Billboard. I’ve come to the realization I can’t live without this!!!”

“It usually starts with a guitar riff or a melody in my head. I will work it until I feel it’s about 75% there before I show it to Ray. At that point, he and I finish it up. We track it as a demo with computer drums and bass and then we’ll listen for a few days/weeks. Then we make changes and present it to the rest of the guys.”

“I think it’s a cool item to have on tour for fans. It’s kind of turned into a memento for them to have us sign and connect them with us.”

“100000%!!! Unfortunately, it’s what it takes to get this thing rolling. As much as it sucks 23 hrs. of the day on tour, it makes it all worth it the second we get to hit the stage and connect with a room full of nut jobs like ourselves!”

Can you see modern rock music returning to (commercial) radio in the near future?

“Here in the States, there are about 100 commercial stations that support rock music. It may sound like a lot, but as large as the U.S. is, it really isn’t. It seems to shrink a little every year, so for us it’s super important to grab the attention of every station we can and go out of our way to show our gratitude by doing special live streams or merch for them. It’s a pretty competitive game, so you have to commit, have a great team around you, and just hang in there.”

“Lol….not since ‘And Justice For All'”

Has rock music become too safe?

“I guess you could say that for some bands. For us, Ray and I are out of our fucking minds!!! We just do what we do regardless of the outcome. We are who we are!!”

“For me, I can’t focus on multiple projects. I feel like I’d be watering down and just doing a disservice to WOA. I write the music, deal with our biz alongside my manager, and kind of help quarterback all things Weapons. So, I honestly don’t have the time or really the interest at the moment.”

“We have our new album The Art of War all finished and ready to drop. We’re waiting for the world to open back up a little so we can go out and support it with a proper touring/promotion cycle. Until then, we’re going to keep working singles to radio and support it with videos and whatever else we can think of to just keep this thing growing.”