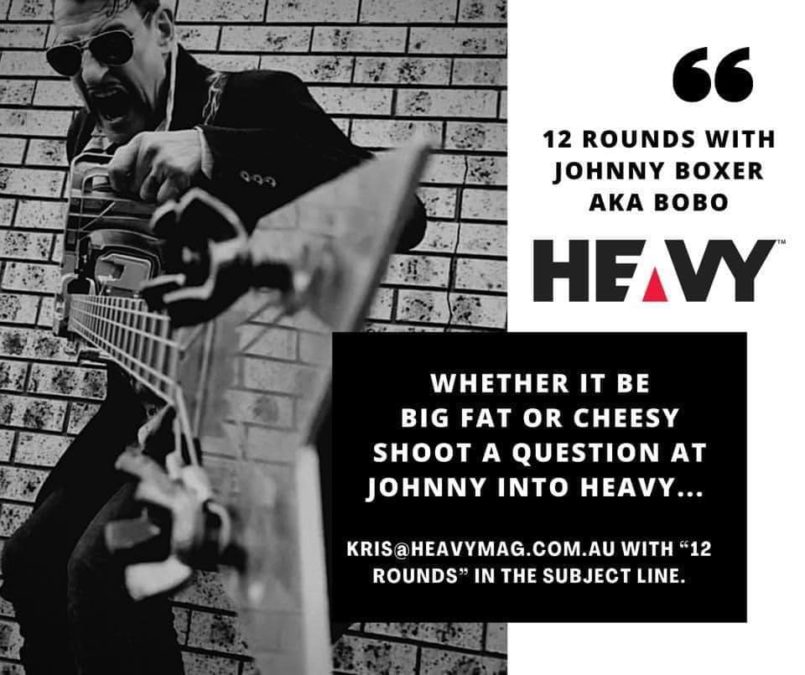 After letting Johnny oil the chainsaw over the festive break HEAVY decided it was time to get him back to his proper job and answer questions for our readers!

As always, Bobo was in fine form, answering everything thrown at him – and more – in another chapter of the fascinating and adventurous life of an Australian icon. Louise even took time out from watching Dirty Harry to throw in an opinion or two in what is the perfect launching pad into the next few weeks where Johnny will reveal more about himself and his life than ever before.

This week’s Johnny talks about his Christmas, what celebrities do while the rest of us have holidays, acting on stage, what he would have done had he not fallen into acting, his relationship with Paulie and the soft underbelly of the screen tough guy.

Make sure you read on after the interview for another slice of Johnny’s history with the person who knows him best, his partner Louise Crothers.

“Do you have your suit ready for tomorrow?” I asked Johnny over the phone on a Sunday night.

“What suit? I’m not wearing a suit! I don’t need to impress anyone. I’ll wear what I want…”

We met outside Newtown court the following morning and sure enough, JB was wearing a torn shirt and black jeans which had also seen better days. He had no representation. Just me. We walked in and sat down.

A woman who looked to be in her thirties was standing before the magistrate (who was also a woman, perhaps in her early fifties). Road rage incident. She’d been charged with assault.

I listened as the magistrate went through the case with this woman and tried to decipher whether or not she’d be a compassionate type or a cutthroat. Lucky for the road rager it was a first offence for her. The magistrate let her off with a fine and words of warning.

“You’re an adult. You can’t behave this way in our society…” is something she pretty much wound it up with.

He was finally called up.

“John Boxer. You have no representation present?”

“No. I represent myself.”

“Would you like to put in a plea or request a postponement?”

“Not guilty, your honor AND I’d like a postponement…”

Now I wasn’t familiar with proper proceedings of the courts but somehow knew this wasn’t right. He can’t do that! At the same time as feeling anxious, I had to hold back a giggle. There was a hint of a smirk on the magistrate also.

She postponed his hearing.

I got to my feet and we made our way to the back of the courtroom where we were suddenly greeted by a young man in a suit with a briefcase. He held out his hand and introduced himself as not only a solicitor but a fan.

“I saw your name on the court listing and thought I’d come and say hello. You don’t have any representation?”

“I know myself better than anyone so who could represent me better?” Johnny replied with his usual devilish nature at play.

The solicitor (who I’ll now refer to as ‘Sammy’)asked if they could chat.

The three of us decided to grab a coffee across the street where Johnny would fill Sammy’s ears with detail of the 4 or so ongoing cases he had on his back.

“The coppers stop me every day,” Johnny told him.

“Surely not every day?”

“For riding my bike without a helmet.”

“Riding your bike without a helmet?”

Sammy couldn’t wipe the smile from his face and had to let out a laugh.

“Then they search him,” I said.

“They tackle, handcuff and strip search me,” Johnny added, “But they never find anything…”

The conversation that unfolded from there I’ll say you could not script. I remember thinking at times ‘Am I in a movie here?’

After some highly entertaining back and forth JB announced that he was going to pants the police. “I’m gonna pants em’” were his exact words.

At this point, Sammy pointed over at the coat of arms sitting high above Newtown Courthouse.

“You can’t challenge that,” he stated.

“I’d like to take you on. But you need to give me some leeway here. You can’t plead not guilty to every single charge. It’s like making a mockery of the court,” said Sammy.

Sammy still took him on. The adventure (as it always is with Johnny) from there saw the three of us over the next year or so spa with numerous charges condensed down to two gruelling yet at times amusing trials.

“Constrain your client! I suggest you both confer with one another outside. I’m taking a recess and not sure if I’ll return!”

It sounds funny now but wasn’t really at the time. It was tiring. It was stressful. It was shit. You know, all those wonderful things that come along with a lifetime of ‘gett’n on it.’ 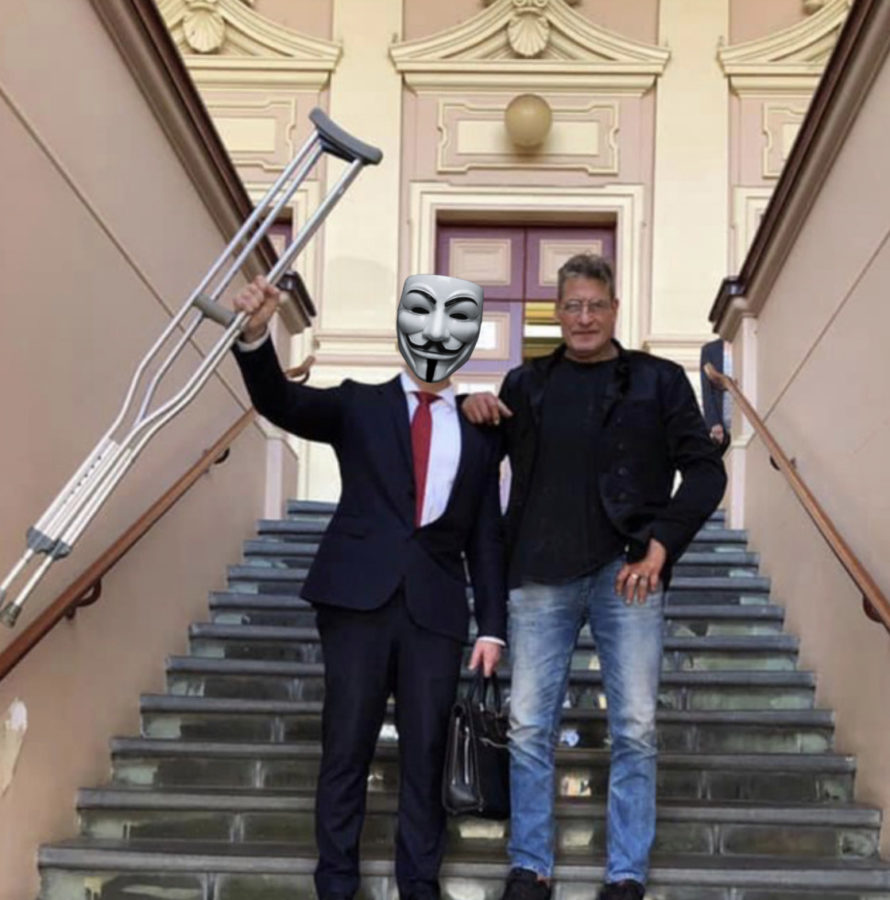