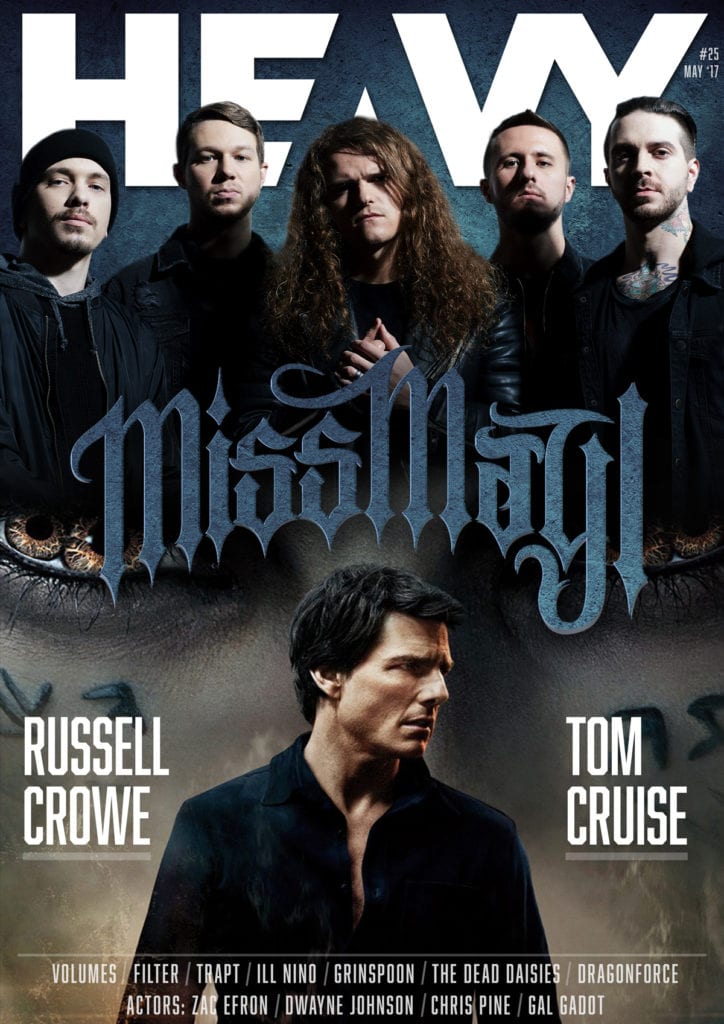 This month we are featuring ten-year-old melodic metalcore band, Miss May I, They’ve made such an impression at our HEAVY headquarters even the most die-hard thrash veterans are saying, “Yeah, all right… yeah… I like it. Fuck yeah, actually.”

While Hollywood superstar-extreme, Tom Cruise, was in town we were given the royal opportunity, which only the top publications got to do, to ask him some questions about his starring role alongside Russell Crowe in The Mummy.

We also had a lovely conversation with Gal Gadot from the empowering Wonder Woman film which is out now in cinemas.
We also had a lengthy chat with Richard Patrick of Filter which is a must read before their tour with Ministry later in 2017.Modern rockers, Trapt, have seemingly gone unnoticed, so it seemed, but judging by their Facebook and Spotify numbers, they will be filling venues to capacity.

We’ve also got Australian legends, Grinspoon doping this issue along with Ill Nino, The Dead Daisies, In Hearts Wake and Dragonforce.

We also introduce you to some kick-arse up and coming acts such as Devil Electric, Far Away Stables, Kings, House Vs. Hurricane, Casey and Figures, along with more talent.