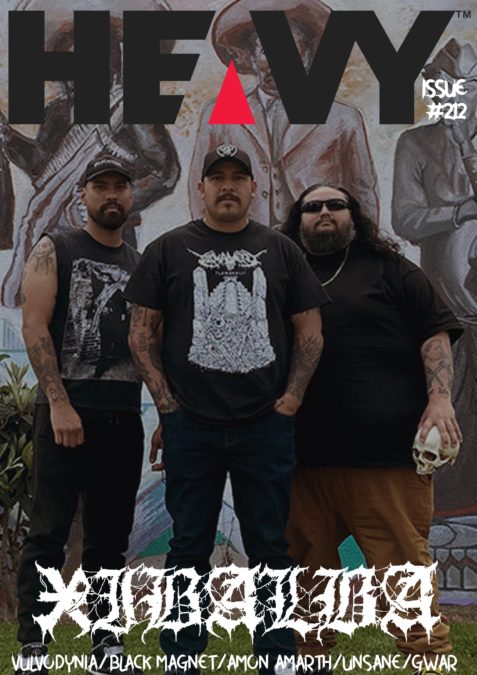 International touring is well and truly back ladies and metalheads, and one of the most ferocious acts that have ever graced these shores are preparing themselves to unleash hell when Xibalba return for their first Down Under tour in 10 years this August.

Gwar have just released a documentary movie through Shudder, so we sat down for a one on one with them, plus the guys from Vulvodynia, Amon Amarth and Unsane all filled spots on the HEAVY couch of doom to share their tales with you all.

We are pleased to premiere two emerging Australian outfits with their new music, with As A Rival and The Mess Around both releasing their tracks through HEAVY.

If it’s new music you want, wrap your ears around this bunch of tunes from Polyphia, Heilung, Panic! At The Disco, Tied Down, Stick To Your Guns, Karl Sanders, October Ends, Slipknot, Anthrax, Threshold, Palaye Royale, Hammer King, Mantar, Seether, Fire of the Gods, Assimilator and Arch Enemy PLUS thre’s a heap of tour news from Clutch, Crossfaith, Trivium, Airbourne and From Crisis To Collapse, plus we bring you all the latest on the upcoming film The Retaliators which has one of the best metal soundtracks you are ever likely to hear.

Our review team had a listen to the new ones from Black Magnet, Punish and Outright and tell you just how good they are, before HEAVY Cinema strips down all the latest from Tinseltown with a wrap up of news, reviews and interviews.

It’s a great day to be a metalhead!