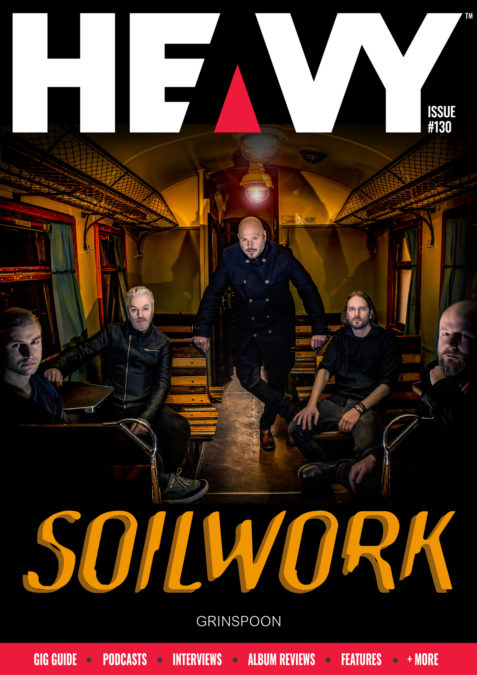 With the Fatman only a week away from pilfering our hard earned milk and cookie rations, the spirit of Christmas through music is still something that warms even my black heart. I have to admit since taking over the horns at HEAVY I had no idea just how many X-Mas tunes came out every year but love ’em or hate ’em you have to admire the spirit that metal Christmas songs bring!

In this weeks Digi-mag, Dave Griffiths catches up with Soilwork, while Pat Davern from Grinspoon also stops in for a chat about their upcoming performance at the Scene & Heard Festival.

Meshuggah announce a European tour while Faith No More release rescheduled Australian dates and Destruction give details of a special Livestream event.

Crystal Ignite premiere their new track “Heed (A Call For Unity)” while HEAVY Cinema pumps out some great interviews including Will Wheaton, Reginald Hudlin, Palisa Anderson, Victoria Vertuga and Jake Horowitz. There’s the latest edition of The Popcorn Conspiracy plus reviews of Words On Bathroom Walls, City of Lies, Fatman and Unhinged.

There should be plenty there to keep you occupied, but if you find yourself with a couple of moments to spare encourage your friends to get behind HEAVY with a facebook like or Digi-mag subscription. I’m just getting warmed up here so expect some fun times ahead…