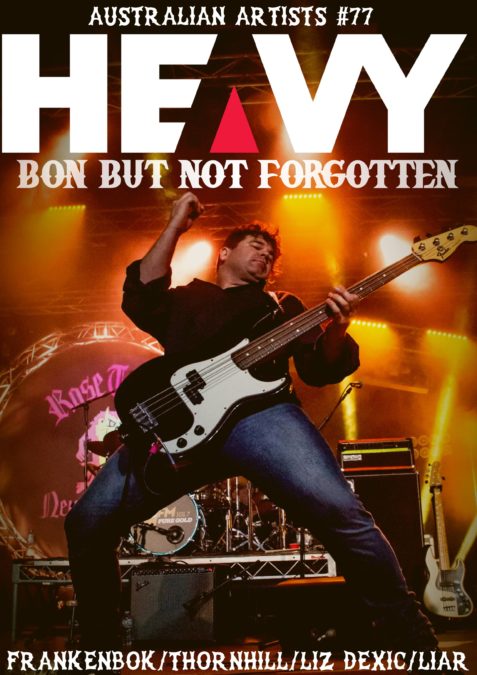 We break tradition this week by featuring a tribute band on the cover of the DigiMag, but I say fuck it. Music is music and when you are paying homage to the legendary AC/DC then you have my vote every day!

We speak with James Morley from ‘ about the bands run of shows coming up dubbed Powerage VS Back In Black, which will see both of those albums played in full, plus a sprinkling of other Accadacca tunes you just can’t leave out. I have seen BBNF a couple of times and trust me when I say it is one of the best musical tributes you will ever see.

Coco Le Sex Bomb continues his rise up the HEAVY tree this week, chatting with Melbourne outfit Liar, while CJ Nash also steps up in his chat with Dan McDougall from Frankenbok. We also talk with Liz Dexic and Thornhill about their new music and US death metal legends Revocation drop in to chat about their headlining appearance at Blacken Open Air 2022.

There’s some big tour announcements to get through from Alestorm, George Thorogood, The Sisters Of Mercy, Sunk Loto and The Hard-Ons and our review team also gives you the thumbs up about Where The Devil’s new EP. We have also thrown in a couple of international reviews just to beef up the numbers, and to top things off, HEAVY Cinema is once again your one stop Hollywood shop.

The live music scene is booming in this country right now, so grab yourself a slice of metal and feast on the delights this weekend.