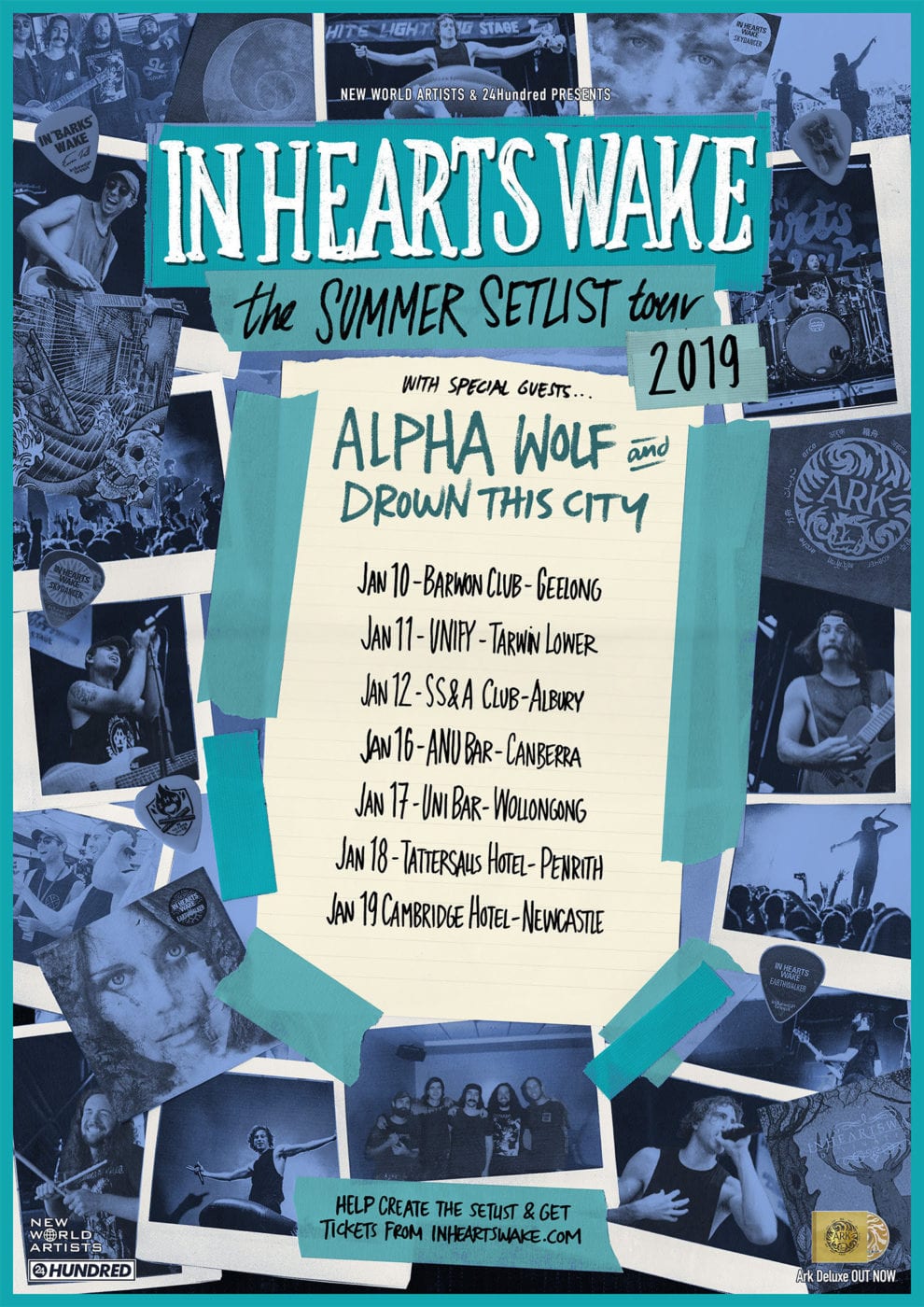 Vote for your favourite tracks here!

Slated around their upcoming appearance at UNIFY Gathering, the Summer Setlist Tour will hit regional stops in Victoria, ACT and New South Wales, with Alpha Wolf and Drown This City joining the band on the road this coming summer.

Frontman Jake Taylor says: “These will be our only NSW, ACT & VIC shows for 2019, To our amazing fans who have helped us clean up waterways from Seattle to Sydney, we’d like to give you the opportunity to create the ultimate IHW Summer Setlist. Come jam with us for a memorable Summer!”

In Hearts Wake have just completed their ‘Ark’ World Tour, which saw the band play an impressive 166 shows throughout Europe, Australasia, Asia and North America, including a stint on the final US Vans Warped Tour.

Released in May 2017, In Hearts Wake’s triumphant fourth record Ark debuted at #3 on the ARIA Album Chart – their third ARIA Top 5 album.

Since its release, Ark has been praised around the world for bringing awareness to one of the world’s great impending issues and taking action with a series of waterway cleanups all across the globe via the We Are Waterborne initiative.

Help create the setlist:
Vote now at this link

PrevPrevious.GRETA VAN FLEET Announces March Of The Peaceful Army 2019 Australian Tour
Next.Where There Is Holy Smoke There Is SONS OF ZOKUNext