HATE ETERNAL are now premiering the second crushing track of their forthcoming new album ‘Upon Desolate Sands’, which is slated for release on October 26th, 2018.

Mastermind Erik Rutan comments: “For years I have wanted to add a heavier and darker element into Hate Eternal, and for years that vibe just never came to me. For this album the inspiration came and the heaviness followed. Using a lower tuning then our norm for a few songs on “Upon Desolate Sands” and going through some personal life experiences, helped create a depth of darkness and sense of despair to inspire me to write “Nothingness of Being”. I never have forced anything when it comes to the writing process, we just let the songs flow naturally and write and play what we feel. Crafting a couple of songs with a completely different tuning really helped direct a different path and direction for the writing process. This song amongst some of the more traditional chaotic tunes on the album helps really create a sense of dynamics in a dramatic way. Every song on this album has its own unique texture creating a vast landscape of musical expression and a multitude of emotions, pushing the envelope in every way we can!” 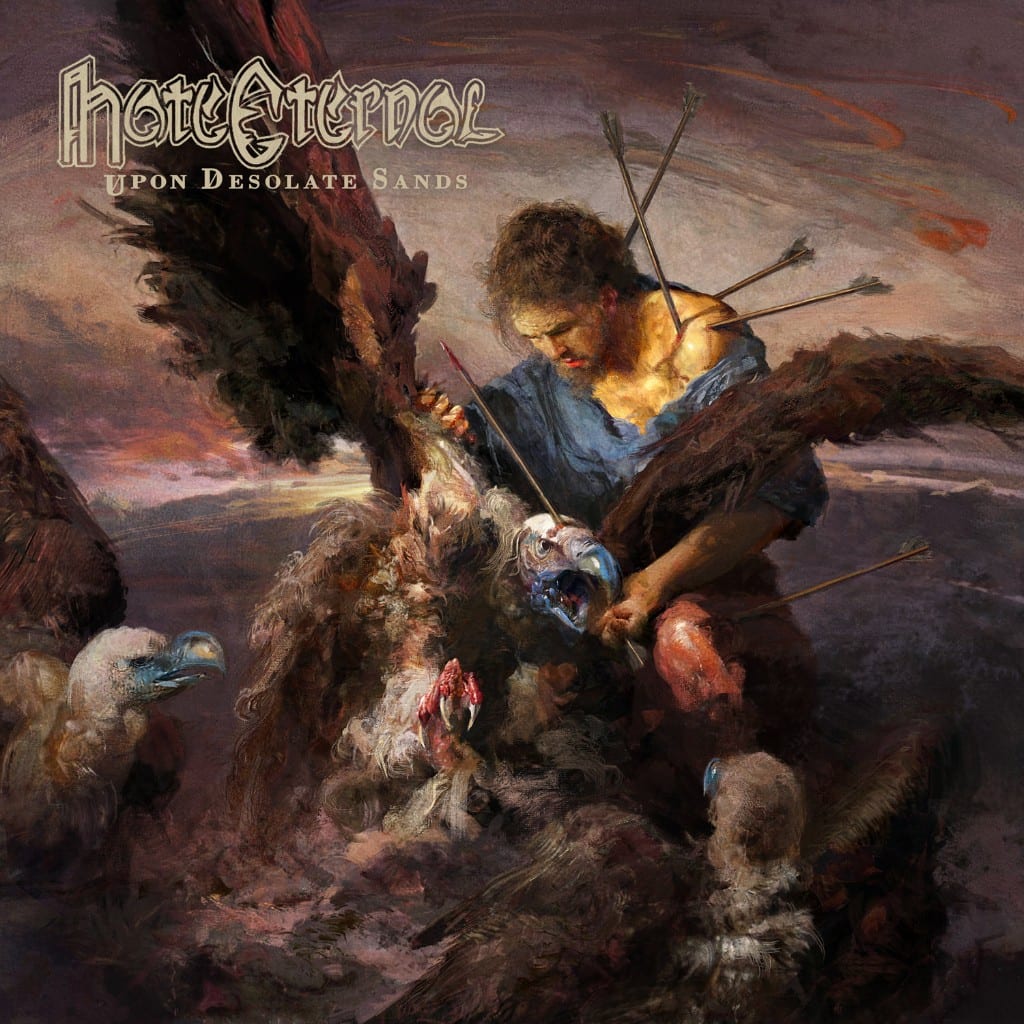 Founded in St. Petersburg, Florida in the year 1997, HATE ETERNAL is the brainchild of extreme metal luminary Erik Rutan, who created a charging death metal juggernaut. In the United States this style has been virtually synonymous with Florida and especially the Tampa Bay Area for a long time.

More aggressive and technically complex than its Swedish counterpart, Floridian death metal grew out of thrash during the mid-1980’s and was founded by such as the legendary DEATH, OBITUARY, and MORBID ANGEL. While many of its early protagonists went on experimental paths, HATE ETERNAL remains true to the original formula, while continuously pushing the boundaries of this extreme style.

HATE ETERNAL‘s new full-length doubles down on their patented, high-velocity assault of dizzying ferocity combined with wide-range dynamics, outstanding songwriting and skull-crushing brutality. HATE ETERNAL delivers extreme music at the highest level. There can be no doubt that ‘Upon Desolate Sands’ will be regarded by many as the best death metal record of 2018!