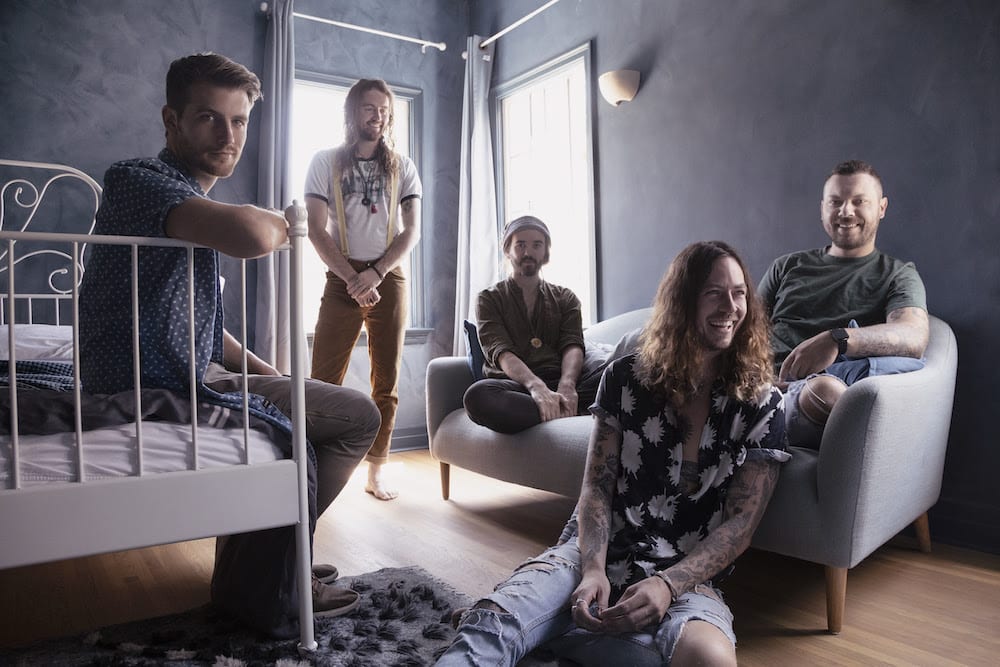 Riding high from their most successful two-and-a-half years together yet – which included an ARIA Top 10 debut and three back-to-back sold out headline tours of Australia – Hands Like Houses return with -Anon., set for release on October 12 via UNFD.

Their most determined release yet, the first taste of the album comes via the track “Overthinking”. Filmed in Los Feliz, Los Angeles the set for the video was also where Hands Like Houses stayed during the recording of -Anon. When not a film set, the house offered a place for the band to recharge each night after long days in the studio.

The fourth album in the band’s discography, -Anon. takes the unique sound Hands Like Houses have been cultivating over the past 10 years and injects it with a big dose of fresh, modern rock’n’roll. The most charismatic album of their career, their fourth record marries who Hands Like Houses are as individuals into an assured yet fun collection of songs that begs the audience to take a deeper listen.

Conceptually -Anon. is a statement on the duality of the creative process – the idea that music can be shared or heard in passing and can still resonate with people even when the artist is unknown to the listener.

“I think our strength is in parallel values of art. There’s what we create, and there’s us,” says frontman Trenton Woodley. “When people know who we are, it adds an extra layer of meaning and significance to the concept, but when they don’t, the song still stands up on its own.”

Like an anonymous poem with no author, it doesn’t matter who created it, as its strength lies in its relatability. -Anon. is Hands Like Houses giving a lyrical voice to other people’s stories and musically creating atmosphere and emotions within the listener.

“Separating from my sense of self to create something that could stand on its own was the thought process that planted the seed for -Anon.‘s title and concept,” explains Woodley. “I still take my role as a storyteller seriously, so each day we wrote, we sat down and talked about different people, different experiences, different ideas – then we chose one of those threads and followed it down the rabbit hole.”

Hands Like Houses, -Anon. is available for preorder now on 24Hundred and iTunes. “Overthinking” is available now on all streaming services.

Hands Like Houses – -Anon. is out on October 12 via UNFD.