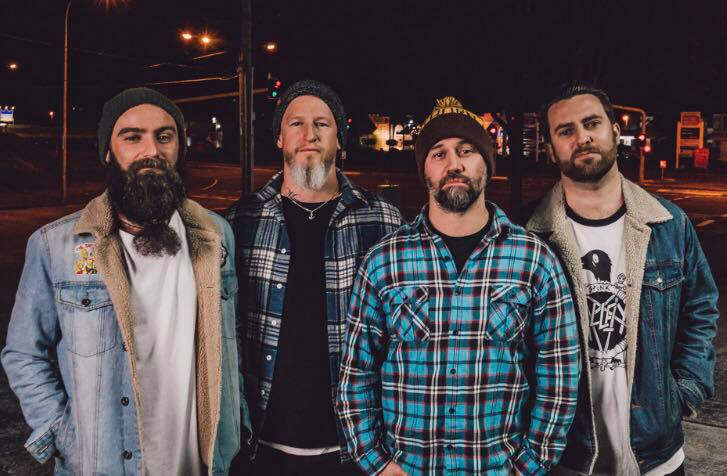 Northern Rivers hell-raisers, Hammers, have had an eventful 2017. The band kicked off the year by supporting Aussie Rock stalwarts The Screaming Jets for a run of shows through regional NSW, before returning home to support U.S. rockers Nashville Pussy in Brisbane. Shortly after, the band underwent a significant lineup change, enlisting new guitarist/vocalist Lucas Stone, and drummer Ryan ‘Ruckus’ Lucas (both formerly of HELM). The two new members join vocalist and founding member Leigh ‘Fish’ Dowling and bassist Ricky T.
With the new lineup assembled, the four-piece began writing for a new album, and debuted the new lineup live with a set at Wallpalooza Festival on the Gold Coast in September. With the majority of the new album completed, the band is dropping the first single Dead Set, ahead of two support shows with Cog on the Gold Coast and Byron Bay this December.
Dead Set sees the band venturing into heavier territory, with vocalist Fish screaming like a banshee from the get-go, followed by a wall of guitars which doesn’t let up until the climaxing outro. When asked what the song is about, Fish promptly replies, “It’s about change – it’s about the Aussie working class spirit, it’s about pushing through the shit that life sometimes throws your way, holding your head high and triumphantly coming out the other side.“
Catch the band when they open for Legendary Australian band Cog at the end of December – dates and ticketing info below.

Dead Set is available for streaming and download from all the usual suspects (iTunes, Spotify and more) Friday Dec 8th. For more information, go to facebook.com/hammersofficial.</div 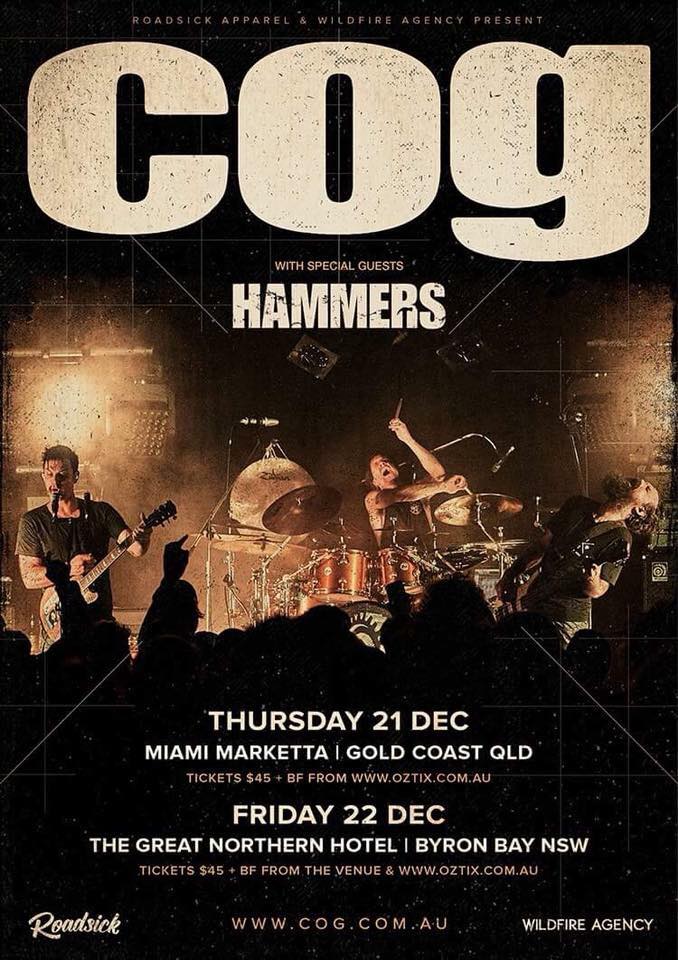