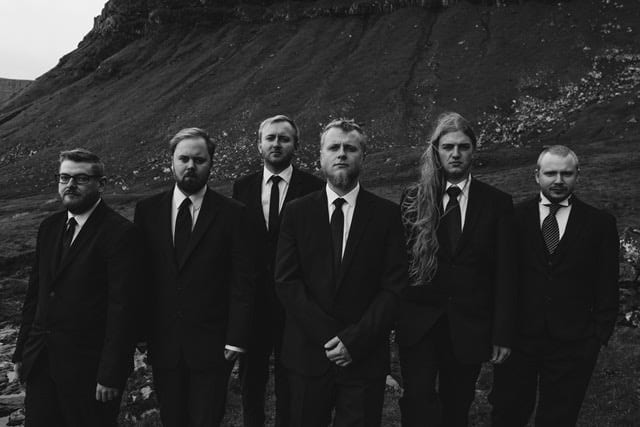 Metal Blade Records is proud to announce the signing of up-and-coming doomsters Hamferð from the Faroe Islands.

Hamferð comments: “We’re thrilled and proud to announce that we have signed a recording agreement with Metal Blade Records! Since we started out back in 2008 we have worked closely with our local label TUTL. The cooperation has been rewarding and our ties will not be severed completely. However, for the upcoming album and in the future we felt it was time to work with an internationally renowned metal label to hopefully help take Hamferð to the next level as a band. We feel positive and confident about Metal Blade’s setup and their commitment towards quality as the label houses many of our favorite artists and has released a ton of groundbreaking releases. Their legacy and dedication to metal music is vital. Our new record has been a long time coming. Needless to say, we are extremely excited to finally set it up for release!”

Hamferð refers to an apparition: the image of a person facing death, appearing before his or her loved ones as an omen.
“Faroese doom metal” is a powerful sound. Exclusive to this self-styled tag is Hamferð. For a near decade, the funeral dressed sextet has been casting a unique expression rooted in conceptual tragedy and intense, narrative doom metal.

“Hamferð is heavily inspired by our natural surroundings and our cultural heritage. Those aspects combine into unique feelings and atmospheres which we attempt to describe through our music”, comments guitarist Theodor Kapnas.

Faroese history and folklore are mixed together with grand atmospheres, a trademark that has earned worldwide attention. Stages at festivals such as Inferno, Midgardsblot, Tuska, Summer Breeze, Wacken and many more have been turned into funerary ceremonies. Touring with bands like Amorphis and Moonsorrow has further garnered the band a respected reputation due to strong yet solemn live performances.

The lyrical and conceptual approach is ambitious in scope. People are drawn to it, even though the band sings in their native tongue, Faroese. With a highly engaging idea concerning lyrics and songwriting, the hour has arrived to close a conceptual trilogy which commenced with the 2010 EP Vilst er síðsta fet, continued with the internationally acclaimed 2013 full-length album Evst, and is now concluded with the new album, soon to be announced.