Anyone that set foot in the Manning Bar stumbled through a time warp, travelling back to the late nineties. Newcastle locals, SETMEONFIRE were warming things up or starting the machine, with a modern sound which drew heavy influences from late nineties alternative metal, making them the ideal opening act for the night.

For many who weren’t familiar with the band, the chosen few had been converted after being sucked into the abyss and before being spat out to stretch the legs and make their way to the merch stand while the time machine was winding its way back to 1997.

First international act of the night, hailing from Fort Lauderdale, Florida was Nonpoint, who didn’t take much to prove that they were on point tonight after the set opener, “Breaking Skin” taken from The Return (2014)

The first track to be featured from most recent X (2019) was “Chaos and Earthquakes”, being the first single from the album, fans were moshing to the song as if it was a crowd favourite, showing the love for this consistent band.

Long-time members, since humble beginnings in ’97, vocalist Elias Soriano and drum machine, Robb Rivera seem comfortable with the tight line-up made up of Adam Woloszyn setting up the groove on bass with the guitar duo of Rasheed Thomas and B.C. Kochmit layering thick riffs galore. Introducing themselves as Korn, before the distinct intro to “Blind”, Elias, with his locks and tracksuit attire, chuckled before asking the crowd to chant “Nonpoint!”

More fresh blood is given in the form of “Dodge your Destiny”, with Robb thrashing away at the kit, showing more energy than a child who drank a bottle of cordial or a raver who drank a nights worth of Red Bull. “Milestone” and latest single “Fix This” also went down well, with Elias’ vocals sounding just as good on record, if not better, with heart and soul put into every note on stage.

The first song to get some love from the phenomenal, Statement (2000) was “Victim” with “What a Day” not too far behind, giving that nostalgia hit, stronger than any triple shot espresso hit. For those living under a rock who had never heard of Nonpoint definitely knew the next number.

When bands cover classic songs it is usually a hit or miss. Some try hard to duplicate note for note, while others make the song their own. Phil Collins would be proud to hear this rendition of “In the Air Tonight” As the crowd sang out of key at the top of their lungs, drinks were spilt and smiles were as present as a pervert at a nude beach. Ending one memorable set with one more for punters to lose their shit and forget their worries to was “Bullet with a Name”. If Nonpoint were a bullet they definitely hit their target tonight.

Far from strangers to our shores after playing the same venue only last year, whilst Download Festival hit Sydney, the mighty (həd) p.e. make their return to the stage and punters welcome the Orange County GPunks in open arms.

Starting the set with “Killing Time”, the first of many to appear from the ground-breaking Broke (2000), sent the crowd into a frenzy, with everybody running around like chickens that had just had their heads severed. “Let’s Ride” from Back 2 Base X (2006) erupted both on and off the stage like a volcano that would stay lit for the remainder of the night.

The title track to Blackout (2003) had all in sing-a-long mode to the catchy tune, with the chugging guitar riff courtesy of D.J. Blackard. The second to feature from Broke was “Swan Dive” which was given that added reggae tinge with Kid Bass setting the groove before Trauma thrashed away to the upbeat chorus. Frontman, Jared “MCUD” Gomes brought out his melodica before paying tribute to Bob Marley in song with “Get up Stand Up”

Jared tells everyone that he may not be the best rapper of the best-looking songwriter out their however the hard work has to make up for something before ripping into crowd favourite “Renegade” giving some love to New World Orphans (2009), the crowd chanting the chorus as if it was their new anthem.

A true showman at heart, Jared got a lady from the crowd involved to sing her part in “Amerikan Beauty”, another raunchy number from Only in Amerika, allowing her a free shirt and CD and a shirt for her boyfriend at the merch stand.

Other highlights included “Bartender”, “Sophia”, the punky “Waste” and “Waiting to Die” which closed one tight set. For long-time fans, it was a bonus to hear something from the self-titled debut (həd) p.e. (1997), with “Serpent Boy” going down a treat, one song which is rarely part of the set these days with such a diverse catalogue in the ranks.

One thing for sure həd will be back in 2020 as many who were here tonight will be. \m/ 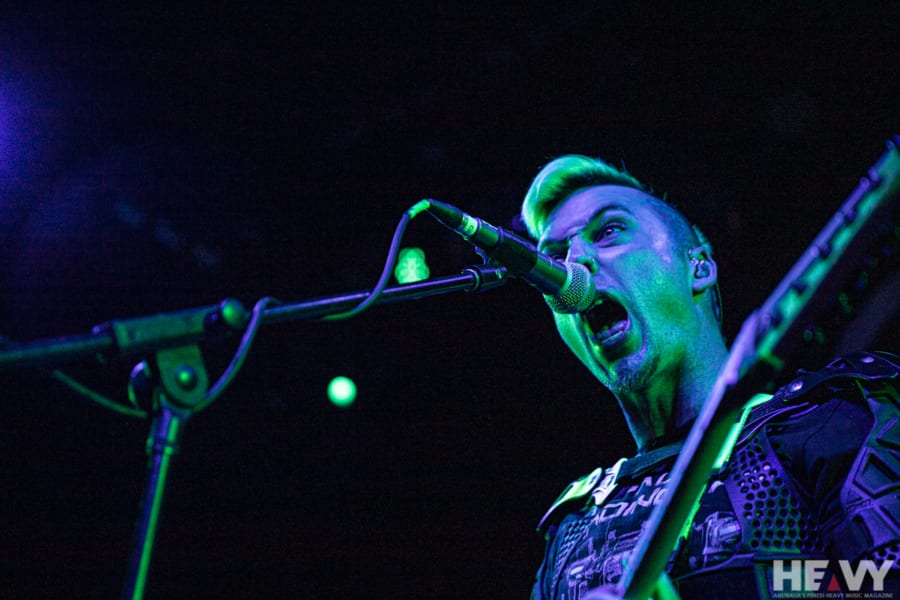 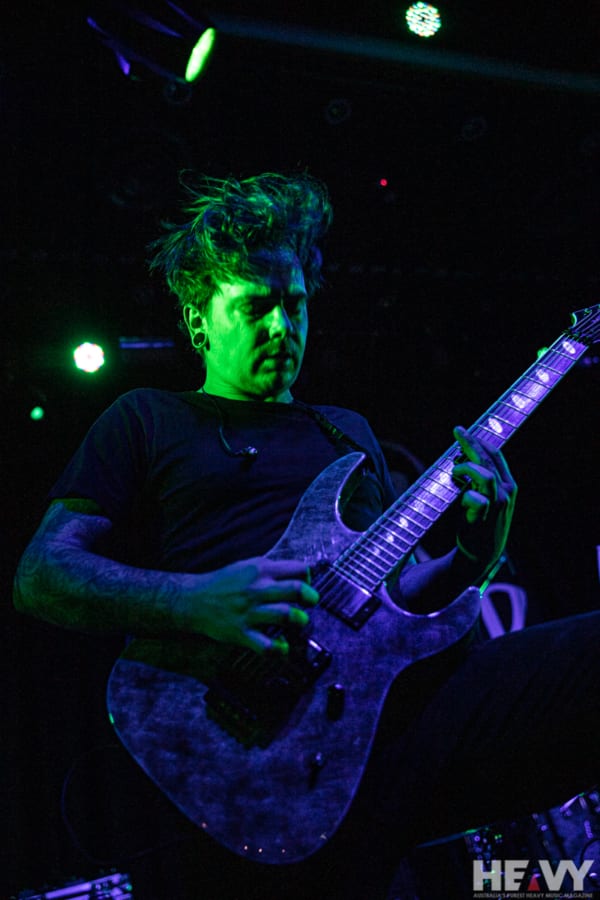 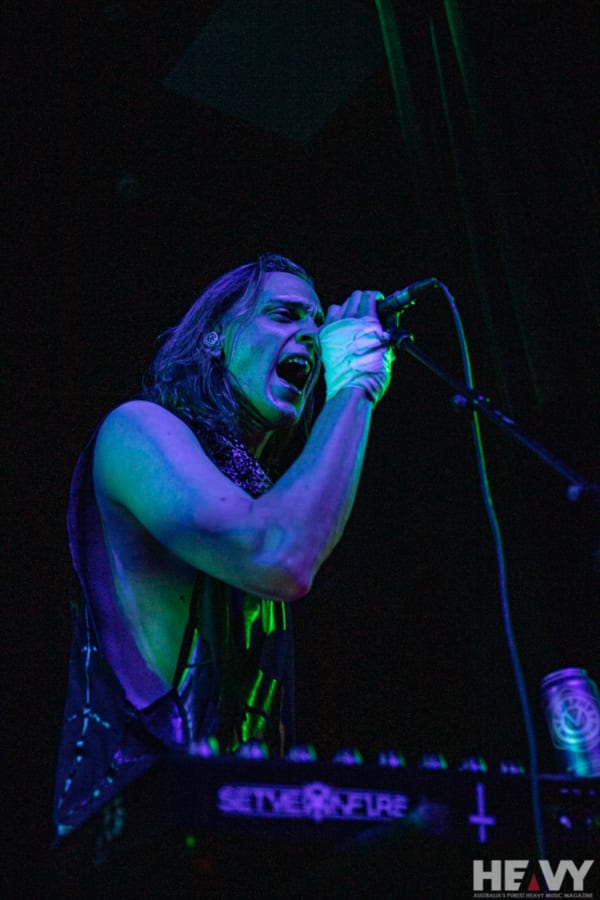 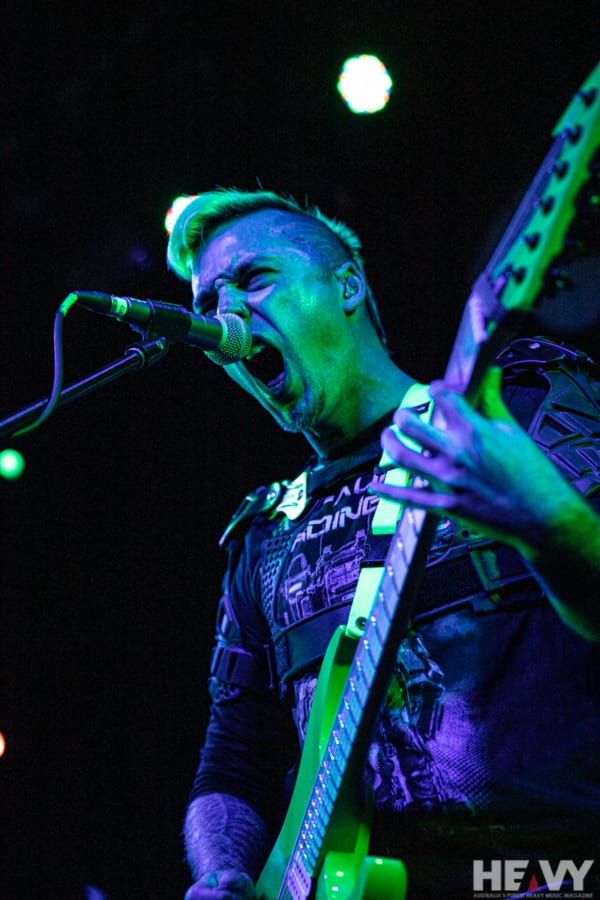 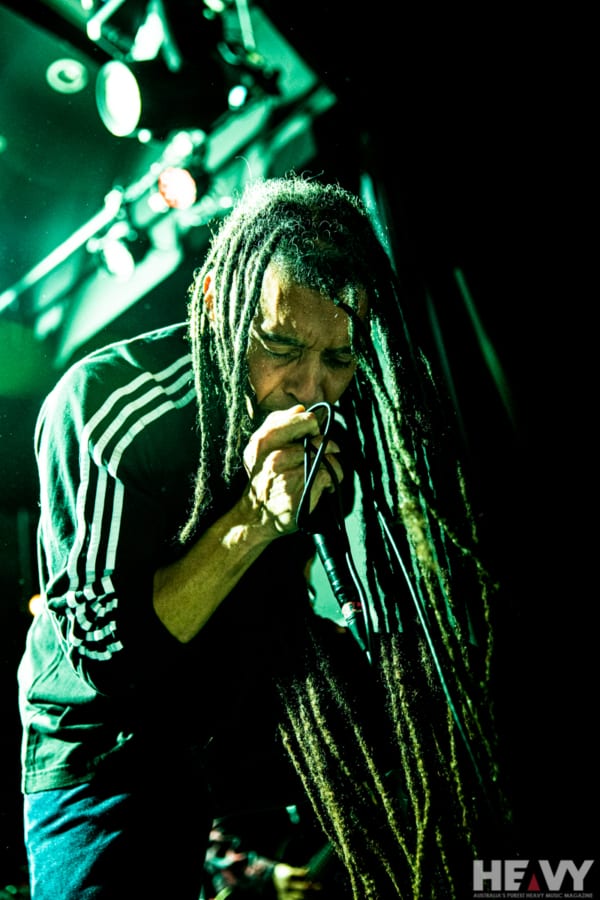 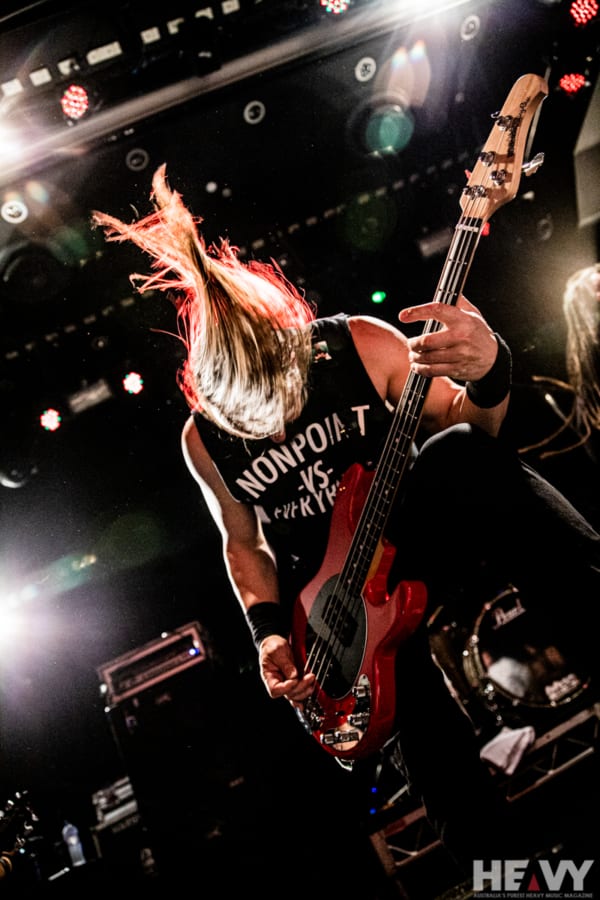 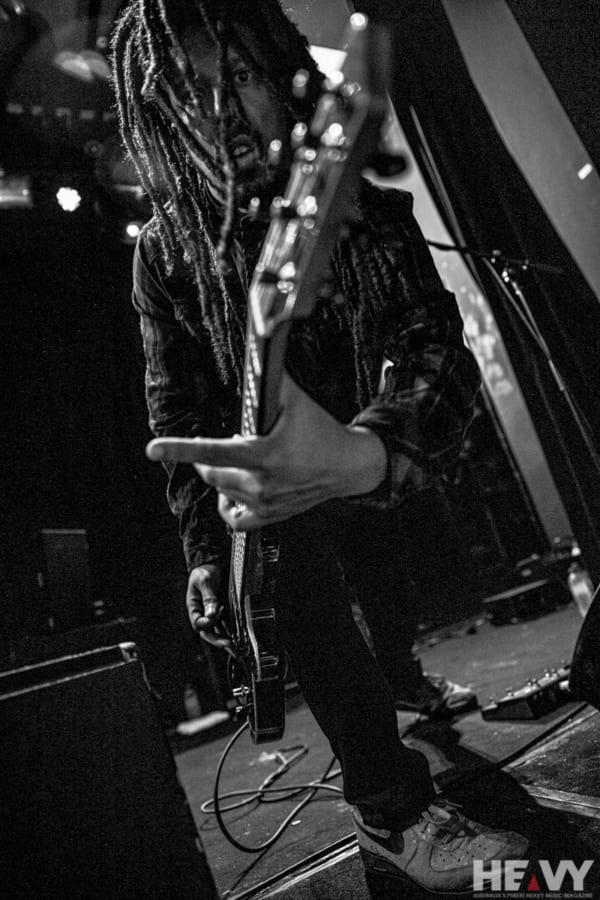 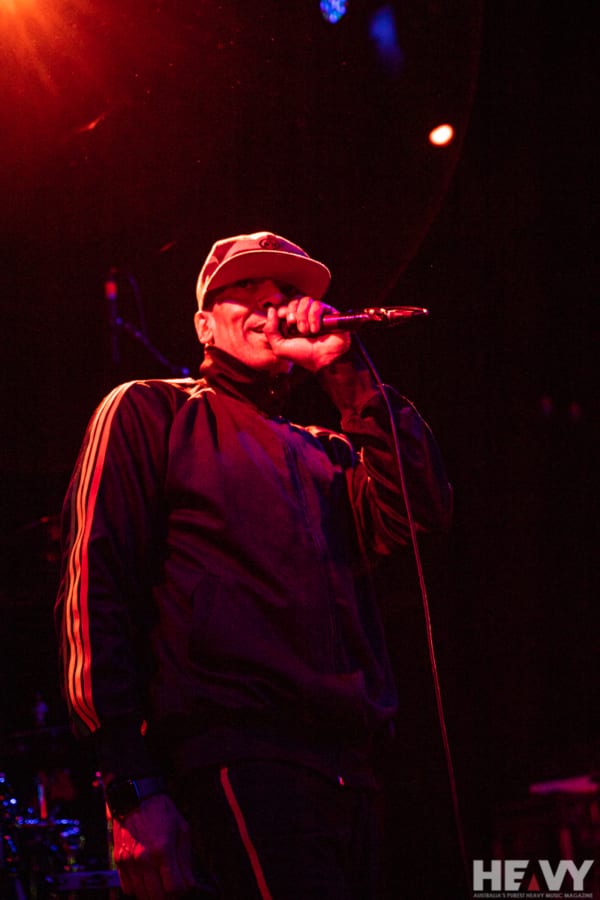 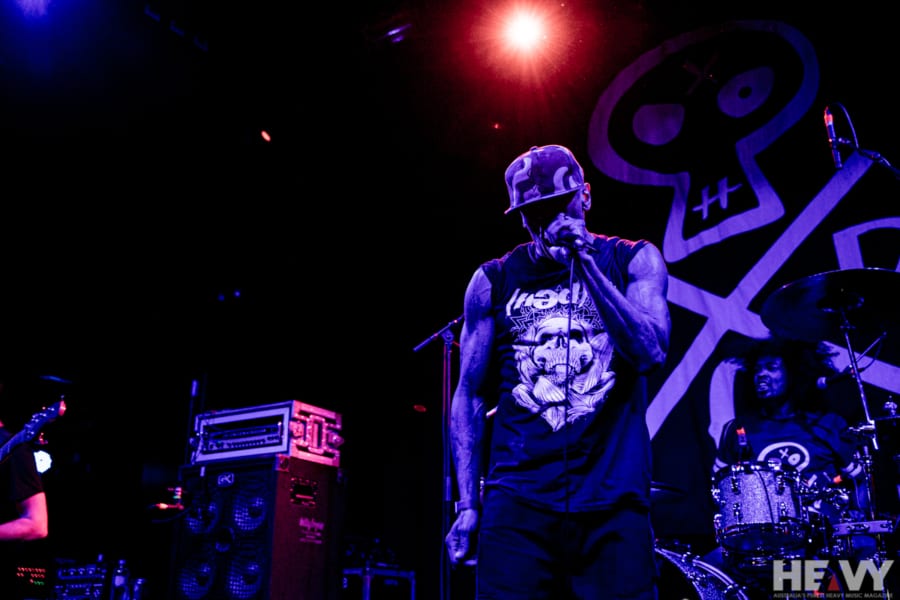 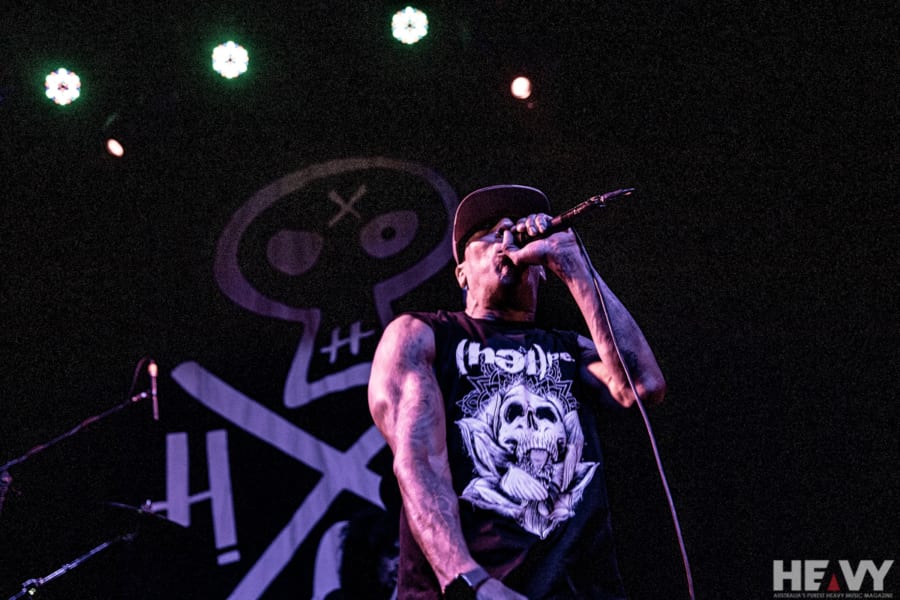 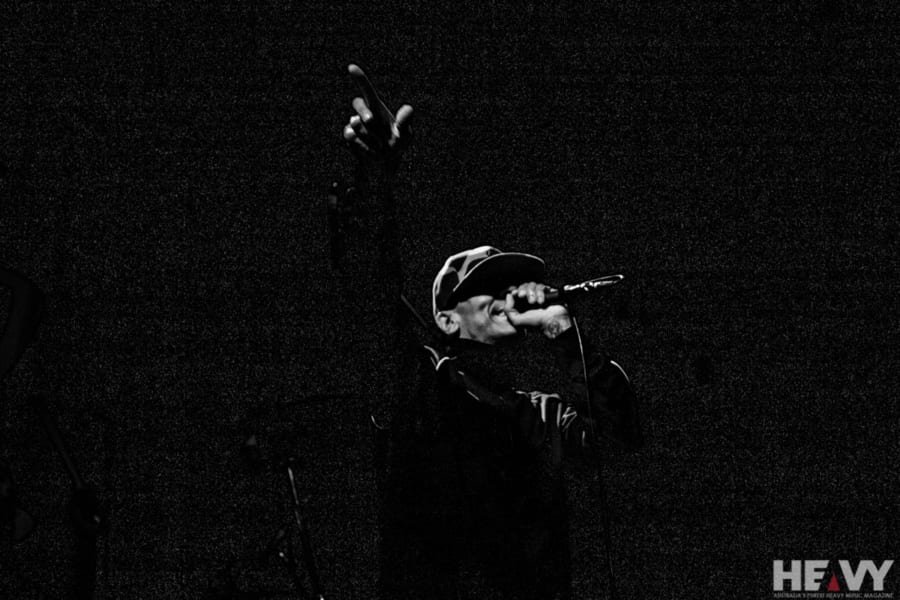