Good Things come to those who wait and Good Things Festival are thrilled to announce headline sideshows from some of the artists on the huge festival line up. This is the first and only sideshow announcement for Good Things and there will be no more sideshows announced.

TICKETS FOR ALL SHOWS ARE ON SALE FRIDAY 19 OCTOBER @ 9AM LOCAL TIME
TICKETS.DESTROYALLLINES.COM

WITH GUESTS HORROR MY FRIEND 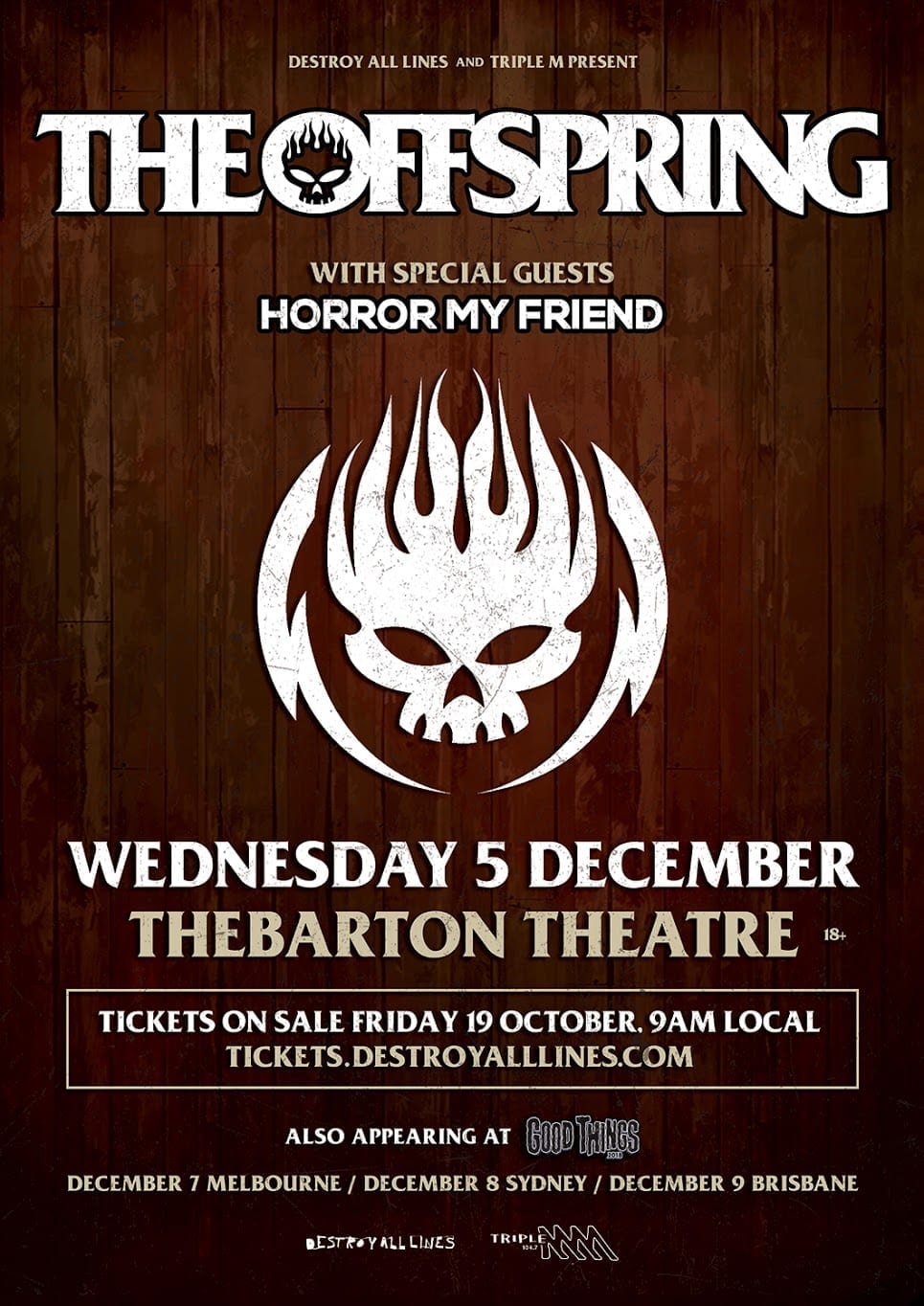 The Offspring are one of rock’s most exciting and enduring bands and are no strangers to Australian stages. In addition to their headlining spot on Good Things Festival, The Offspring will be performing a headline sideshow at TheBarton Theatre in Adelaide on Wednesday 5 December with guests, Horror My Friend. Throughout the course of seven albums, All Time Low has earned five Top 10 debuts on the Billboard Top 200, peaking at #2. Their catalogue of anthems includes Dear Maria, Count Me In, Weightless and A Love Like War [feat. Vic Fuentes]. They’ve garnered five Alternative Press Music Awards, five KERRANG! Awards, been crowned “Best Pop Punk Band” at the Top In Rock Awards and have performed on shows such as The Tonight Show, Conan and Jimmy Kimmel. 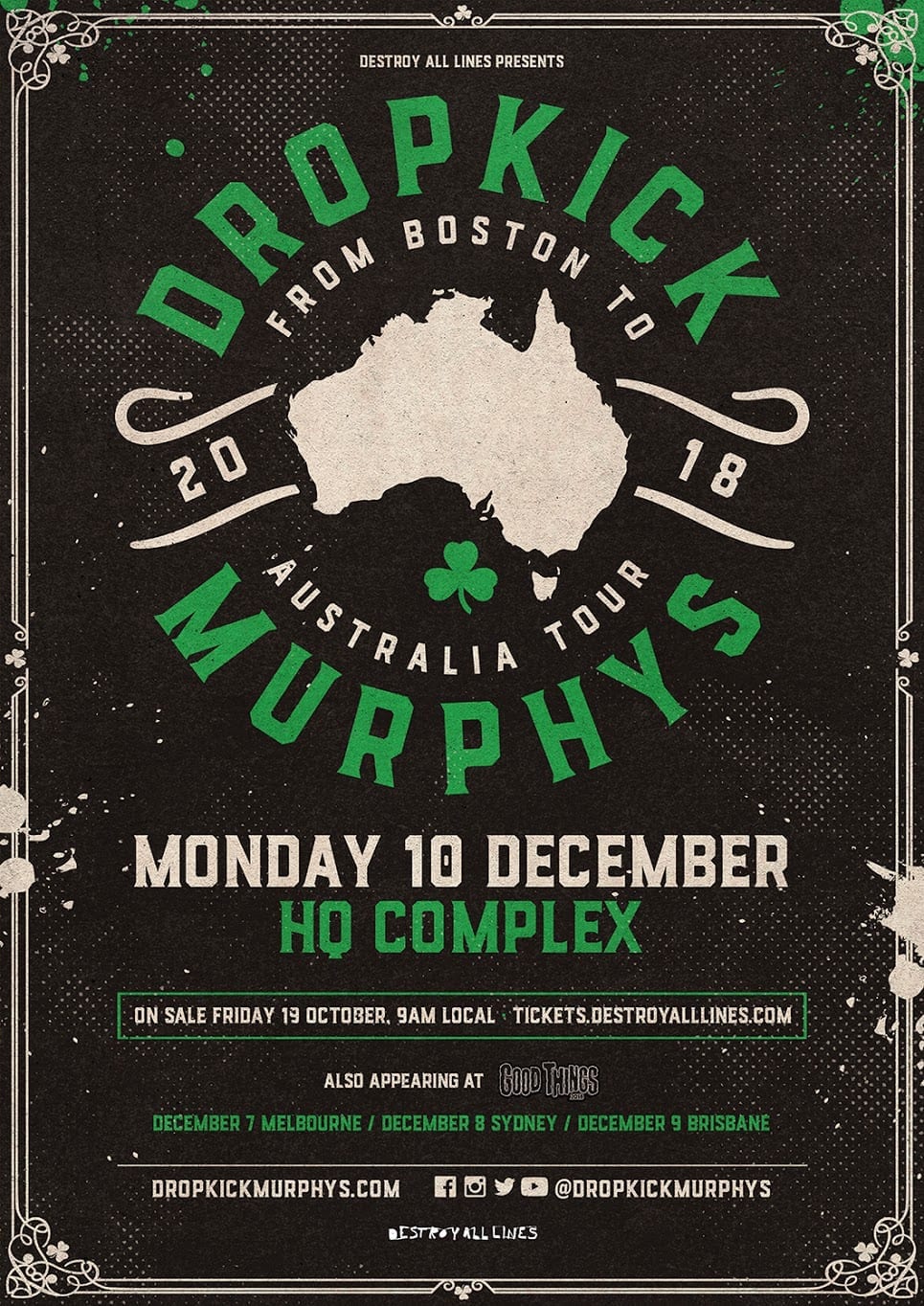 After twenty years Dropkick Murphys have sold over 6 million albums worldwide. The band continues to sell out venues around the world. They’ve played Boston’s Fenway Park and been personally invited to share the stage with everyone from Foo Fighters to Bruce Springsteen to Mumford & Sons.

Over the last 15 years, The Used have released a collection of albums and their high energy live shows, gut-wrenching relatable lyrics, and melodies that blended pop sensibility and hard rock creating the perfect combination to make an everlasting impression on fans globally. 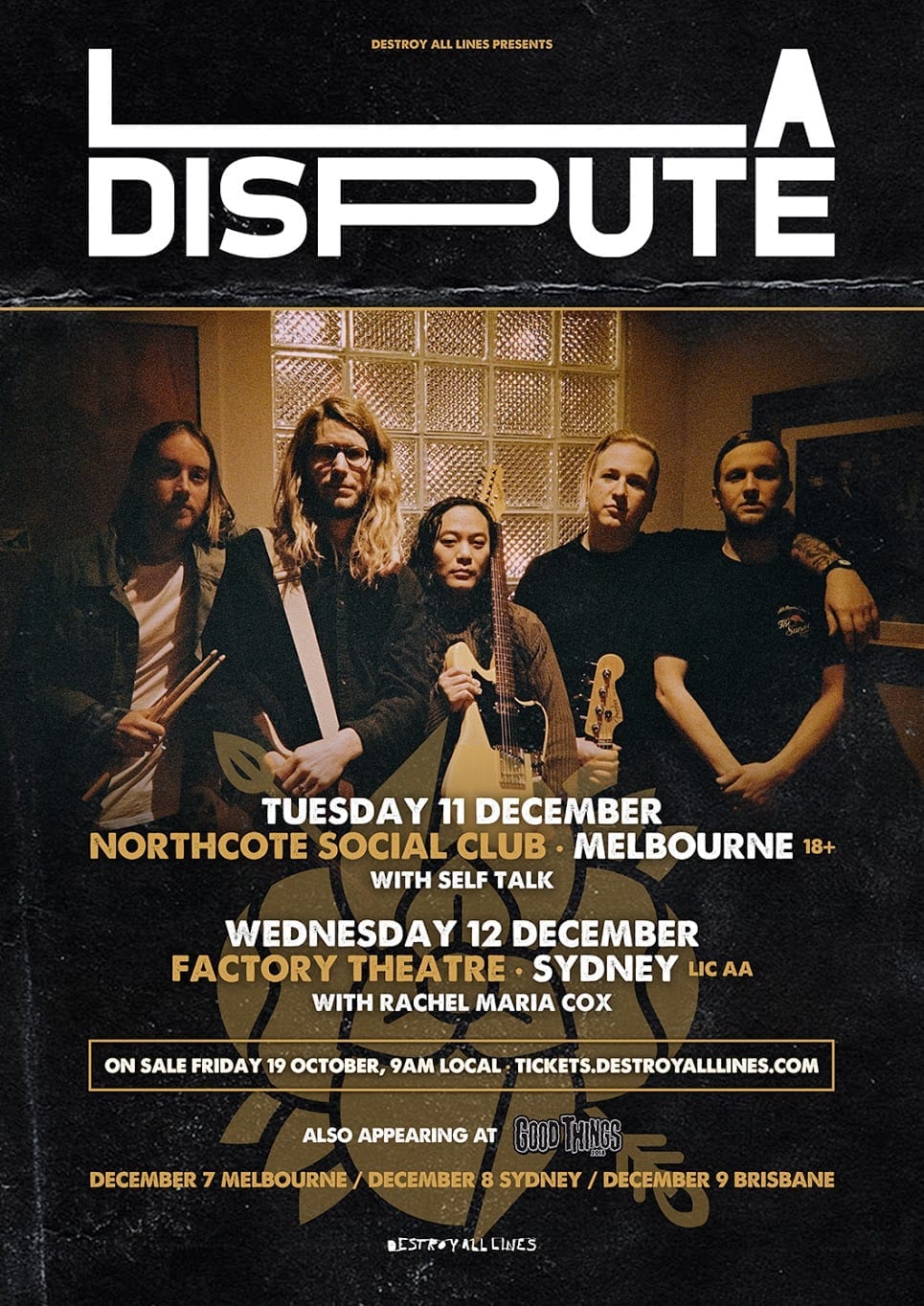 La Dispute has a firm passion for the concept of music and art as a medium for making new friends. As a result, La Dispute makes (or strives to make) music that is both artistically, technically, and emotionally engaging. La Dispute also carries a firm passion for the relevance of a live show, both for the bands involved and for the people in attendance, and will go to the grave believing that the environment created when strangers come together despite their differences to celebrate one important thing is invaluable and should not under any circumstances be taken for granted. They’ll be performing two headline sideshows in Melbourne and Sydney Hailing from Philadelphia, Pennsylvania, The Wonder Years are a band made up of old friends, playing rock & roll music. They write songs about love, loved ones and a city – that could be the city you live in or a neighbourhood that feels like it could be your neighbourhood. Catch them perform two headline sideshows in Melbourne and Sydney with Blackpool’s Boston Manor as special Guests.

This will mark the first trip to Australia for Boston Manor. Their second album, Welcome To The Neighbourhood, produced by Mike Sapone (Taking Back Sunday, Mayday Parade, Public Enemy) is a soundtrack to disenfranchisement set in a fictionalised version of the band’s hometown. It inhabits an unapologetically bleak one, a world rife with poverty and drug addiction, boarded up shops and a population unable to escape a predicament they didn’t even know they were in.

*Palaye Royale not appearing in Sydney 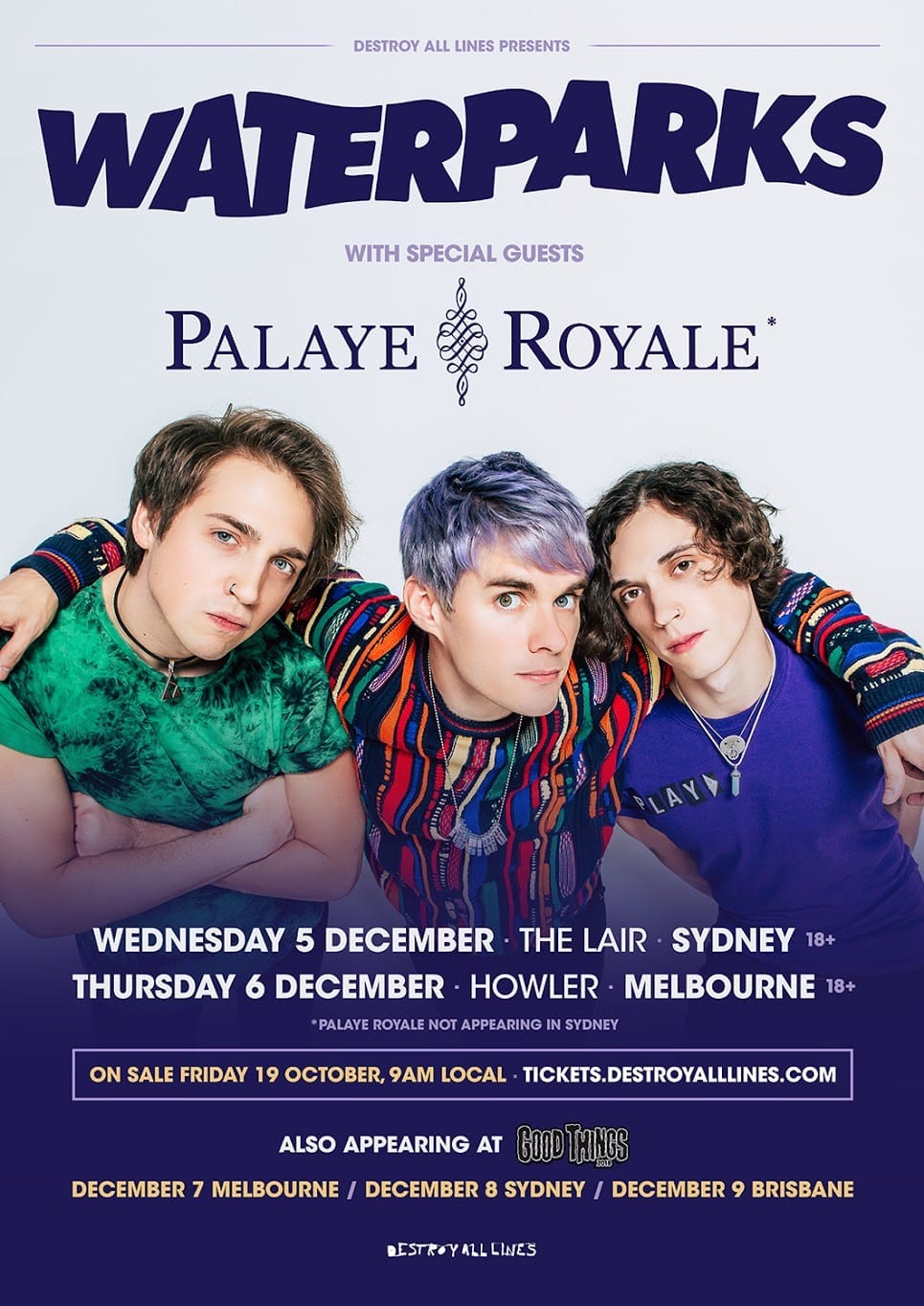 Waterparks, the Houston trio have kept it real and catapulted to international renown as a result of a signature style that seamlessly slips-n-slides between rock, pop, and alternative. Their full-length debut, Double Dare, earned a rare 4.5-out-of-5 star rating from Alternative Press and spawned the hit Stupid For You, which generated over 4.6 million Spotify streams and counting. Supporting them in Melbourne is Canadian fashion-rock trio Palaye Royale.

Christened as both “The Hottest Band of 2018” and simply “the” group of the year, by the English music press, Palaye Royale throwback with a sonic crunch, visual flair, and reckless live performances. Palaye Royale draw as much inspiration from cinema and philosophy as they do from their musical muses. 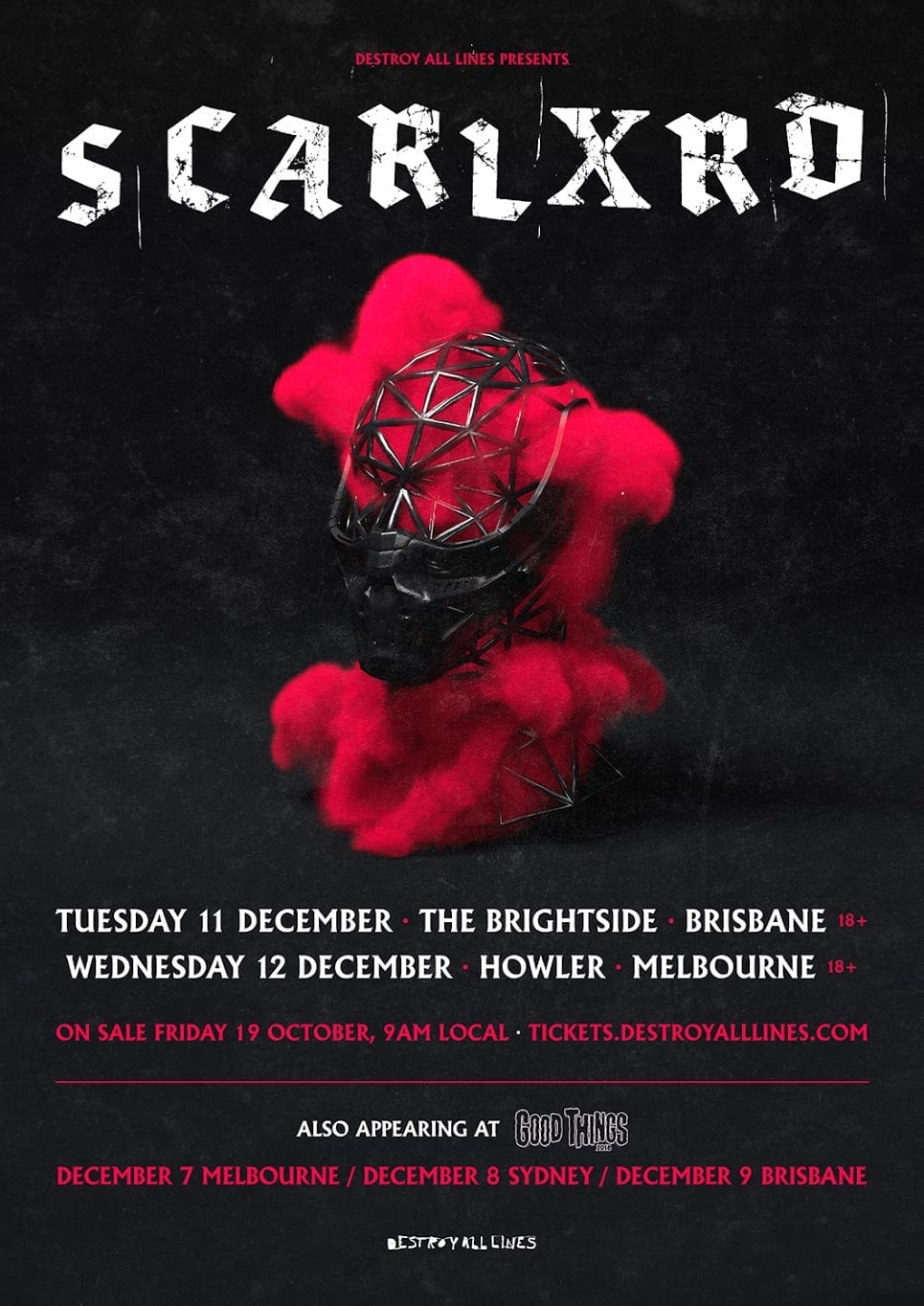 Despite this, he has a massive global fanbase and the video for his breakthrough track Heart Attack which has had over 35 million views – not bad for someone who has only been rapping for just over a year.

He’ll be touring Australia for the first time as part of Good Things Festival and will headline two sideshows in Brisbane and Melbourne.

All the bands above are appearing at Good Things Festival

All shows are licensed and all ages 15+ (Please see ticket conditions for age restrictions).
Venues and lineup subject to change 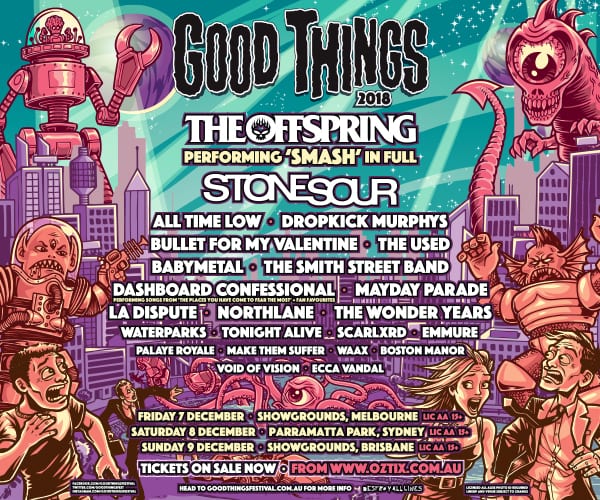