Going Down( Under) with NINJA SEX PARTY 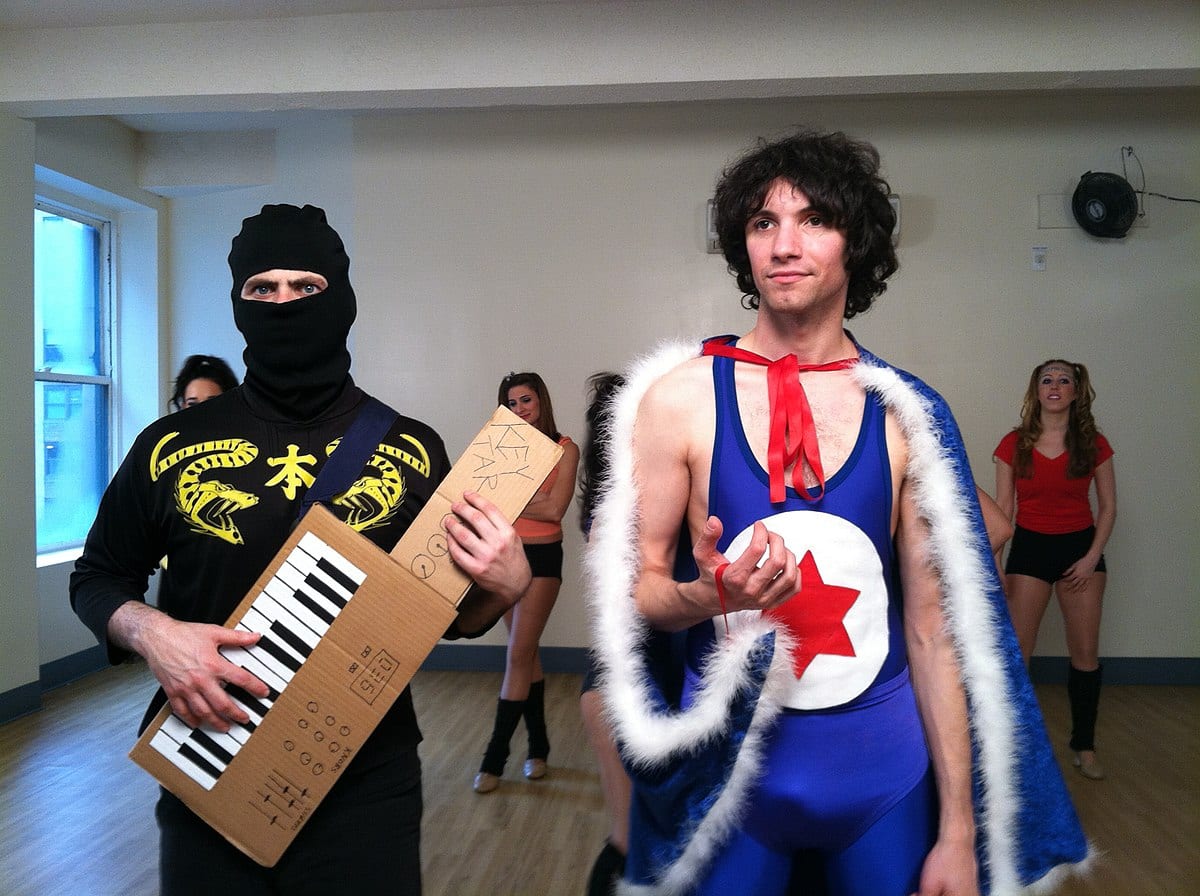 “We started as a comedy duo where I was a Jewish spandex wearing superhero and my best friend Brian was a ninja and he would jokingly kill people on stage”, explained Danny Sexbang on the general overview of Ninja Sex Party, “and we started making songs and somehow ten years later we’ve become a six-piece touring band that travels all over the place. It’s really nuts”.

Ninja Sex Party are not your average comedy musical project. They are a world-renowned act that has as much childish malevolence as it does anarchistic intent, with even the kings of music comedy Steel Panther amongst the bands biggest fans, having performed on stage with them as well as being involved with their music videos.

“We love those guys”! Danny enthused. “First of all, when we started in 2009 Ninja Brian played me Steel Panther’s first album Feel the Steel and I loved it immediately and he said if we ever get to collaborate with those guys he would consider our band a success (laughs). Then lo and behold… I think we met them through an internet company where I was working and the guy who sat next to me was working on Steel Panther’s You Tube channel and I basically just annoyed him every day until he finally gave in and said fine, I’ll send them your stuff and they were into it and we met and the rest is history. I love those guys, they’re really cool”.

Tune into the full interview for a comprehensive rundown on everything Ninja Sex Party including what to expect from the live show, whether they consider themselves more a musical or comedy act, their formation and subsequent success, their debut album and what they were looking to achieve, why they have released two covers albums with a third on the way, how they reproduce their outlandish film clips live, the Ninja Sex Party mantra plus a cheeky fan question from the bands biggest Australian fan, Cory Stevenson.