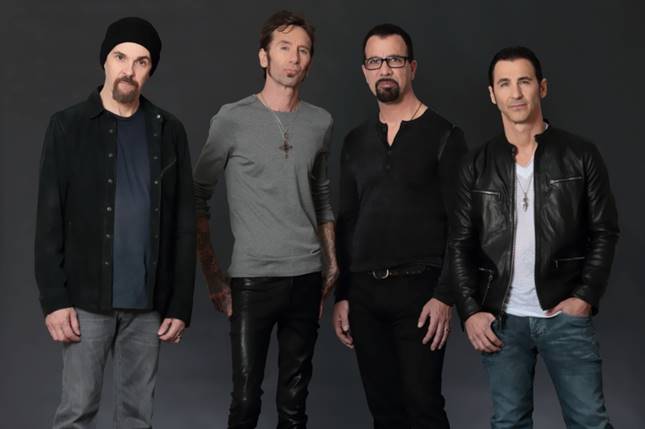 20 years since the release of their debut album and 20 million worldwide sales later, GODSMACK are an even stronger animal than before. The proof is in the grooves of WHEN LEGENDS RISE, their first studio outing in four years, due out April 27th via Spinefarm Records/Caroline Australia.

“It was just about evolving as a songwriter,” says singer / songwriter Erna. “I wanted to stretch my wings even further, to use all of the experiences I’ve had writing different types of music over the years and apply that to finding a way to introduce a newer, fresher, more mature sound, whilst still maintaining the power of Godsmack.”

WHEN LEGENDS RISE, the band’s seventh studio album, was recorded at their headquarters (GSHQ) in Derry, New Hampshire, and produced by Erik Ron and Erna. Sonically intense and layered, it pushes the band forward, kicking off with the title track which begins with tribal-style drums and lethal riffs.

‘When Legends Rise’ speaks to “the band and our journey,” says Erna. “It’s been an amazing road we have travelled through all the ups and downs.  But being able to conquer those challenging times with alcohol and egos and everything else that can tear a band apart is what we are the most proud of.  To be able to stand strong again and do it better than we ever have. It’s about burning it down and building it back up. It’s the Phoenix rising from the ashes!”

“I always write about things that have affected me on an emotional level. I think everyone knows that about me by now. But if I choose to do that, I have to be prepared to be honest and vulnerable. And so the challenge is figuring out how ‘exposed’ you want to be with personal information. But I’ve also learnt over the years that, for me, being transparent, even to the point of embarrassment sometimes, is so much better than holding it inside and extending that pain longer than you need to. ‘Bulletproof’ is just another moment in my life when I allowed myself to be vulnerable and got hurt. It’s this kind of carelessness from other people that eventually hardens you and forces you to put up that wall to protect yourself. So when and if they circle back around and try to get back in, you make yourself bulletproof.”

Another album standout is the anthemic ‘Unforgettable’ with its towering, massive sound and some special vocal guests.

It’s my favourite song on the record,” reveals Erna. “I work with an organisation called C.A.T.S. (Community Alliance for Teen Safety) that focusses on helping young kids stay on the right path, so I invited a bunch of kids from the Derry Middle Schools of New Hampshire to sing with me, which I feel really brought this song over the top! They were incredible, and the song is Unforgettable!!”

Another highlight of WHEN LEGENDS RISE is the powerful string-laden ballad ‘Under Your Scars’.

“I come from a very broad background in music,” reflects Erna. “My great uncle was a famous composer in Sicily, and my dad is still a musician and runs an Italian band in the Boston area. So as I’ve grown over the years as an artist, I’ve regressed back to ALL TYPES of music and instruments I love working and composing with. So I called upon my dear friend Irina Chirkova to lay down the cello parts, and Zvezdelina Haltakova (both from Bulgaria) did all the violin parts for me. And I really feel that this specific track will be something people will gravitate towards since it’s the first real ballad we’ve put on a Godsmack record. I think, like it or not, they will gravitate towards it to explore it out of curiosity. But again, it’s about taking risks and expanding.”

The WHEN LEGENDS RISE track-listing is as follows:-

‘Every Part Of Me’

‘Take It To The Edge’

‘Eye Of The Storm’

Godsmack stand strong as 21st century hard rock titans. With an unbreakable spirit and die-hard work ethic evocative of their hometown, the Boston quartet have fought hard to secure a place in music history since first smashing their way on to the scene in 1998. To date, they’ve notched a staggering six #1 singles at US mainstream rock radio, including ‘Awake’, ‘Straight Out of Line’, ‘Cryin’ Like A Bitch’ and ‘I Stand Alone’. Moreover, they’ve enjoyed 20 Top 10 hits at the format – the most of any act since February 1999 – as well as four Grammy nominations, and were winners of The Billboard Music Awards Rock Artist of the Year in 2001.  Selling over 20 million records worldwide, the band has also unleashed three consecutive albums at #1 on the US Billboard Top 200 – Faceless [2003], IV [2006] and The Oracle [2010]. This places them in league with Van Halen, U2, Metallica, Dave Matthews Band and Linkin Park, who have also enjoyed the same streak. Moreover, their accomplishments on the road remain staggering, with headlining sets everywhere from Mayhem and UPROAR through to Rock on the Range. Godsmack released the successful and acclaimed 1,000 HPin 2014, and their domination continues with the arrival of When Legends Rise, their seventh full-length album in 2018. They still stand alone. 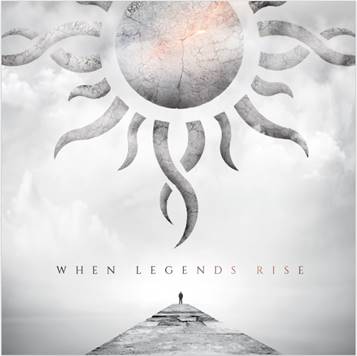