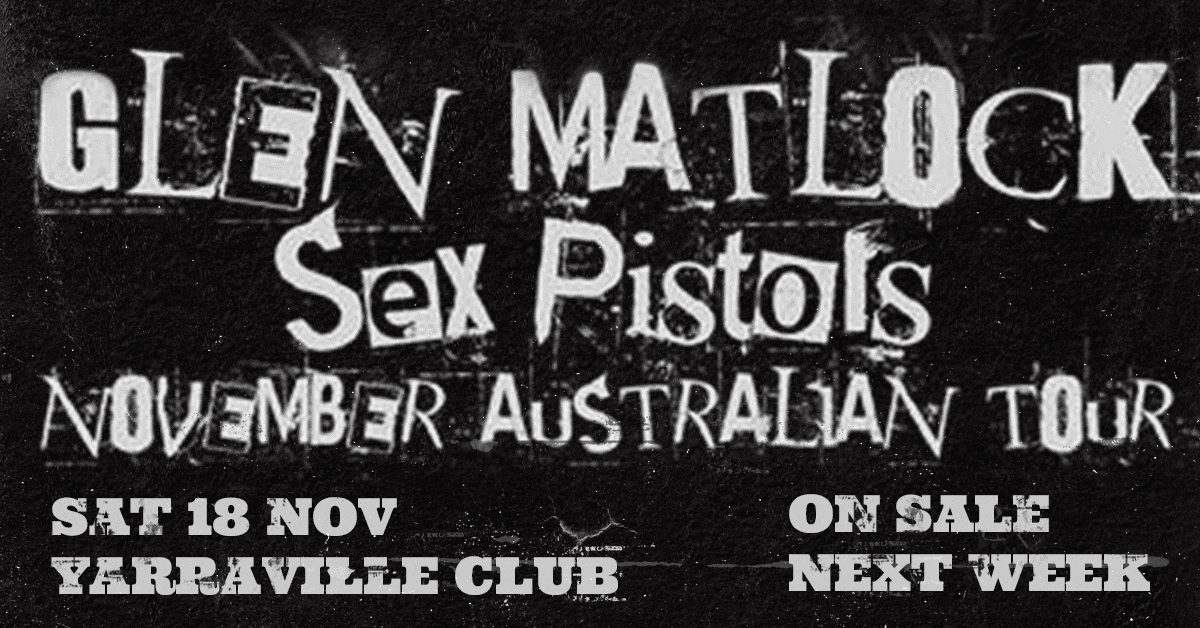 The Yarraville Club is the first Victorian stop on Saturday, November 18 for founding member of The Sex Pistols, Glen Matlock, when he tours Australia with his band this year.

The tour will celebrate the 40th anniversary of The Sex Pistols’ one and only studio album Never Mind The Bollocks, Here’s The Sex Pistols, and Matlock’s band will be performing the Pistols’ classic hits as well as plenty of music from his own repertoire.

His contribution to The Sex Pistols, and thus culture itself, is well documented. The Sex Pistols, however, represent only a fraction of Glen’s legacy. His next band, The Rich Kids, put out one of the most influential albums of the late 70s, Ghosts Of Princes In Towers, packed full of rock ‘n’ pop gems.

In the 1990s Glen emerged as a solo force to be reckoned with. His album Who’s He Think He Is When He’s At Home? recorded for Creation Records, home of Oasis, was a full-on guitar album, blistering in its intensity, taking everyone by surprise. Not content to kick up his heels, the reinvention continued with a series of fine albums by his band project, The Philistines. Invigorated in the wake of the Pistols’ re-emergence, Glen continued to record songs to rival those on Never Mind The Bollocks for swagger and craft.

It’s not just Glen’s solo work that sets him apart from the pack. Headhunted by artists from all backgrounds and styles, both in the U.K. and abroad, has seen him not merely contribute, but shape some of the coolest sounds around.

History is, thank God, not what Glen Matlock is about. Embracing the past, but constantly seeking out the new, musically, professionally and personally, keeps Glen out of his comfort zone, and at his best: alive and alert.

PrevPrevious.Good Time To Get Australian Cinema Release
Next.The Daddies Are Back With A New PosterNext