Giving Back With TODD HANSEN From KING PARROT 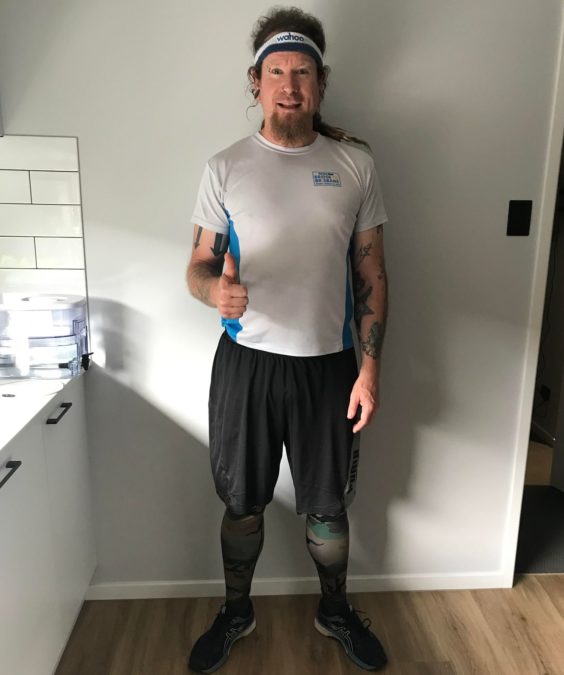 Todd Hansen is best known as the hard hitting, loveable drummer from King Parrot and F.U.C, but, like many people in the music industry, is also a champion bloke who has given as much to music and related industries as it has to him.

Next week, on November 7, Todd will be trading in his drum sticks for running shoes as he lines up at the base of the massive Gateway Bridge in Brisbane to take part in the 25th Anniversary run of the Bridge To Brisbane.

Already I can hear many of you asking why – as did I – but the Bridge To Brisbane is held every year for charity, with each competitor able to choose their own charity for which to raise funds.

Befitting his passion and first love, Todd has chosen Support Act – a group which provides care and support across the music industry.

We caught up with Todd for a chat before he laces on the runners to find out just what motivates the great man to punish his body in a race that covers ten kilometres.

“The first time I did it was 2012 or 2013,” he explained, “and I did it because it was a charity event and I wanted to – I’d lost my Mum a few years earlier to ovarian cancer – and I wanted to raise money for a charity that I was supporting at the time and I figured rather than always trying to put on a gig or hassle bands to raise money, I’ll just do stuff myself. At the time I was still a smoker, and I was quite overweight, but I went and ran 10 k’s in just over an hour, I hadn’t run in years, and raised quite a bit of money for my particular charity. From then, I got more onto a health kick and changed my outlook a little bit and started eating healthier and exercising more, and I’ve done the Bridge To Brisbane quite a few times now. It was cancelled last year obviously, so this year I thought I would enter again. For the last eleven years since Mum passed away everything I’ve done has been towards mainly ovarian cancer fundraising but also any kind of cancer. I thought I’ve raised so much for that now, and the last eighteen months our music industry has been decimated and a lot of friends of mine and a lot of people I know and worked with haven’t got an income and are really doing it tough. There’s a particular organisation called Support Act who helps the music industry out, so I thought that was a worthy cause to support, especially in this time of the whole Covid thing.”

In the full interview, Todd talks more about why he chose Support Act as his nominated charity, how far he is running, how competitive it is, dirty tactics, what motivates him in things like this, and he also gives us some updated information on what is happening with King Parrot and new music from F.U.C.

Get behind and sponsor Todd here https://bridgetobrisbane.gofundraise.com.au/page/ToddHansen