We’ve got a couple of double-passes to see the upcoming SUZI Q documentary.

Inspired by the life and music of trailblazing rocker Suzi Quatro. Shot across three continents over four years, and features almost 400 pieces of the archive (including concert footage), 42 songs, and candid interviews with icons such as Alice Cooper, Deborah Harry, Joan Jett, Henry Winkler, and the legend herself.

The doco aims to reinstate Suzi’s status as a musical and cultural pioneer who revolutionised the image of women in rock n roll, and one of the first females to front a rock band and play an instrument. It’s also a great portrait of the way the music industry worked in the 70s and features some fabulous footage. 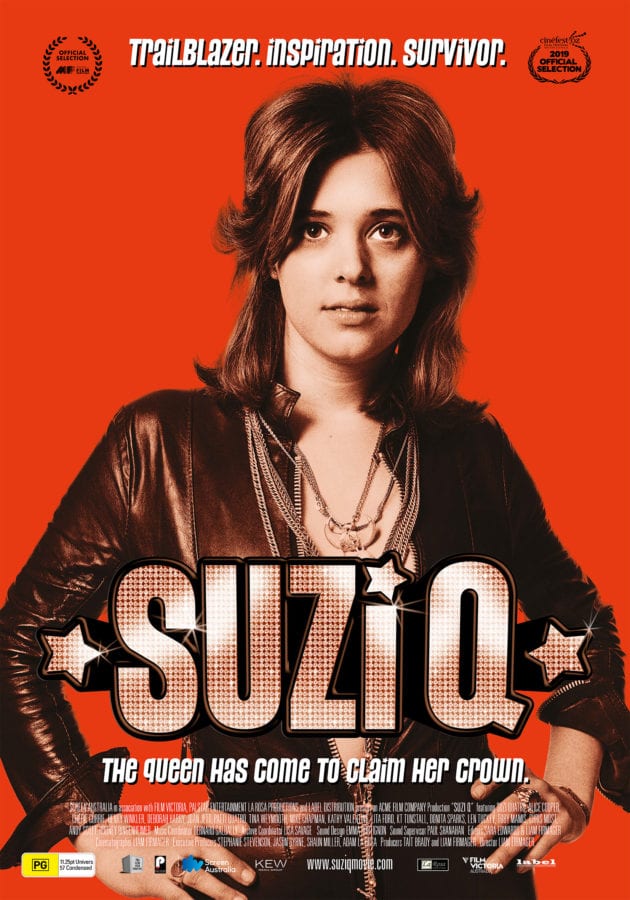