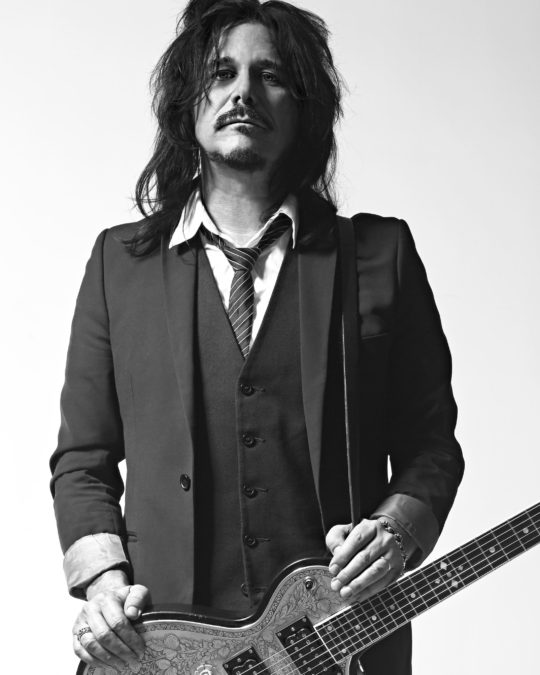 Gilby Clarke is a name synonymous with rock on all levels.

Be it from his notorious days as guitarist for Guns ‘N Roses through to his imp[eccable work for The MC5 and everything in between, Clarke has always maintained an enviable swagger that is as richly deserved as it is earnt.

After 20 years playing with and for other bands, Clarke is finally unready to unleash his latest solo record, the aptly titled The Gospel Truth, on April 23, with the great man sitting down for a chat with HEAVY ahead of the release.

“I’m really excited because I have actually not put out a solo record since 2001!” he exclaimed. “It’s been a long time. I started working on the record quite a few years back but it’s a rock and roll record. It’s loud guitars – I’m yelling – but I think it’s good. It’s different. Sometimes when it’s been a long break you expect something different but it’s not. It’s what I do but hopefully, I’m getting better at it after all these years.”

After such a lengthy period away from the spotlight, Clarke agrees that it was imperative he get the first single right to showcase his considerable talent, with a little number.

“You always try to put out the first single that really represents what you do,” Clarke nodded, “and I think we did that with “Rock and Roll Is Getting Louder”. There’s a lot of word around town that rock is dead but it’s not dead! It’s alive and well. The biggest tours that are out there are rock and roll tours so i wanna make my statement, rock and roll is getting louder man. I couldn’t say it any better.”

In the full interview, Clarke runs through The Gospel Truth in greater detail, outlines what he gets musically out of solo records that he may not in another band situation, the difficulties in coming up with great material after so long in the game, his guest artists including Nikki Sixx from Motley Crue, his growing love for the guitar and still learning at his age, his three commandments of Rock and more.

Watch “Rock And Roll Is Getting Louder” below: