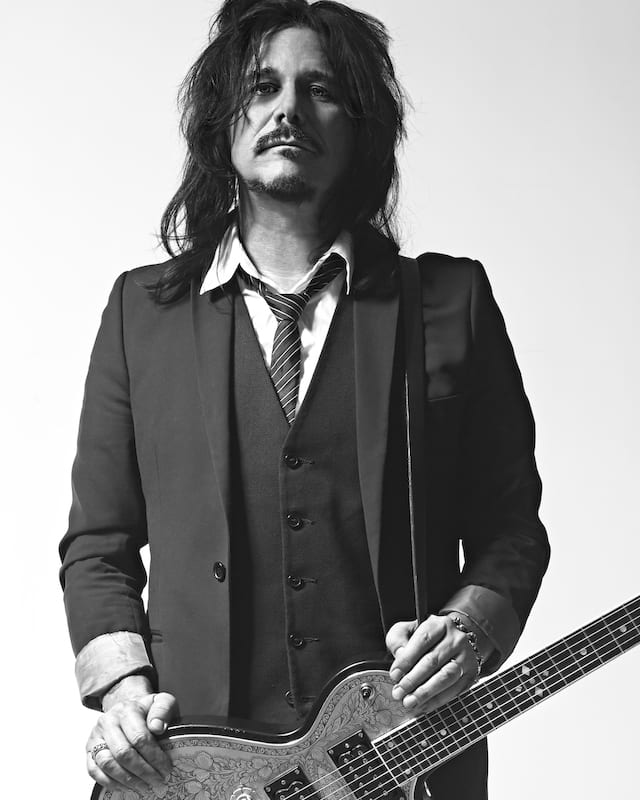 The world’s fastest growing independent record label, Golden Robot Records, continues it’s upward trajectory into 2019.  Starting the year off with a bang, the label is honored to welcome to the family, the guitar icon Gilby Clarke!

Gilby recently signed a GLOBAL deal with Golden Robot Records which will see a brand new solo album – The Gospel Truth – released this year. This will be Gilby’s first in over 15 years!

Best known for his tenure in the mighty Guns N Roses, Gilby has a long and storied career of which, GNR is only a part. Arriving in Hollywood as a 17 year old punk from Cleveland, Gilby soon found himself as a ghost writer and session player for former Runaway’s manager, Kim Fowleywho then urged him to join the band, Candy.  Gilby proved a little too rough and ready for the polished power-poppers and found himself a home both with hard-rockers Kill For Thrills and as a songwriter for Virgin Records.

Then a late night call from Slash changed everything… Gilby joined Guns N Roses in late 1991, replacing the recently departed Izzy Stradlin. For the next 3 years, Gilby strapped in for the wildest ride of his life, playing stadiums the world over and appearing on Guns N Roses, Spaghetti Incident, Live Era ’88-’91 and The Greatest Hits albums.

After GNR’s mid 90’s implosion, Gilby, armed only with his Les Paul, went back to Virgin and launched his solo career. Receiving critical acclaim for his albums Pawnshop Guitars, The Hangover, Rubber, 99 Live and Swag, he began the new millennium touring with the likes of Nancy Sinatra, Heart, The MC5 and with his old band mate in Slash’s Snakepit.

In 2006, Gilby joined forces with Motley Crue’s Tommy Lee and former Metallica bassist Jason Newsted to form Rock Star Supernova. The band hosted the TV show of the same name in search of a singer and toured the US, Canada, Australia and New Zealand in early 2007.

In 2012 Gilby reunited with his former GNR bandmates and performed with them as they were inducted into the Rock N Roll Hall of Fame.  That same year Gilby joined Kings of Chaos with ex GNR members Matt Sorum and Duff McKagan and an all-star rotating roster of icons that featured Steven Tyler, Joe Elliot, Nikki Sixx, Glen Hughes and many more.

The Gospel Truth will be released in the first half of 2019. More details coming very soon!