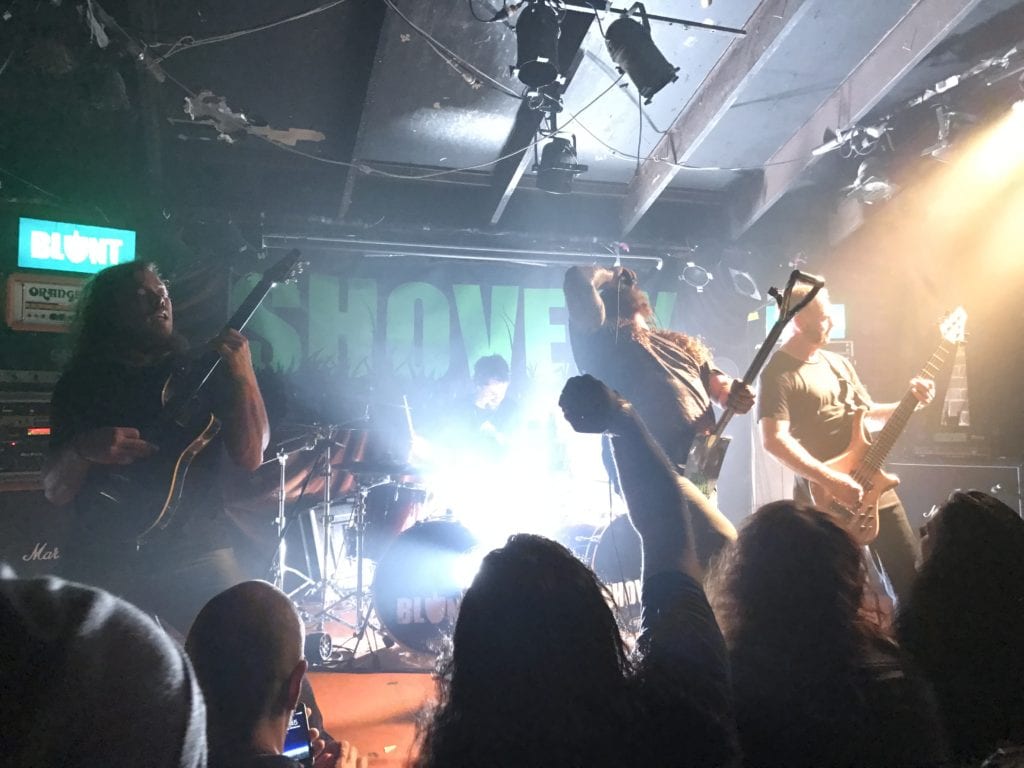 What a killer night last Saturday night was for all things heavy in Melbourne. One of those was at a little well loved place we affectionately know as the Tote.

This was to be the official album launch of Blunt Shovel’s debut album ‘Get in the Grave’, featuring Christ Crusher who were up first with their killer in your face, “Get fucked” style of grind. Short, solid, tight and literally crushing, this was my first date with these Melbournites, and I loved ‘em. There just something about having your face melted off in mere minutes that is so appealing at times and a perfect reason why you must check out ‘Melbourne Grind Syndicate – Christ Crusher’ as soon as you get the chance.

Next up…true veterans of not only Melbourne or Australia’s for that matter but the worlds hardcore scene were Vicious Circle. Having been a part of the hardcore/metal/punk stable for nigh on thirty years, a few or three lineup changes added to the mix and we now bare witness to Paul ‘Circle’ on lead vocals, Yeti on Guitars and backing vox, the one and only Fuller (organiser of the evening and event) on bass and finally Ash on drums Vicious Circle slew like the champions of the heavy cause that they are. Like a gathering of hardcore old school elders VC gave a lesson in how to keep delivering solid heavy music after thirty odd years at the top of their game and we the punters loved every minute. It was just like catching up with old friends after a few years apart and then like no time had passed at all. Vicious Circle were fucking great.

Their debut album ‘Get in the Ground’ is easily going to be on my top 10 list year and tonight was, without argument, their night. Imagine you buy that pre-sale bundle from a band you love, you get the album, tee shirt, and then they tour, you buy a meet and greet, have three seconds with your idols and then watch the show from the best vantage point you can get with thousands of others. This was that package for us present on Saturday night. But without the exorbitant prices and massive crowds. Hanging and listening to great mates playing great metal. That’s it! Blunt Shovel’s set was even more stellar than I could’ve hoped for. Let’s start with Luke Walton’s guitar. Everything about it. As a package, sound, playing, song writing is and was just brilliant. And he is one of the nicest and most genuine blokes I have ever met. His recorded sound and playing is replicated perfectly, and he really shone. Trent’s all round likeable larrikin self was in fine form as were his gravel devouring vocals. I have admired and loved his work since the old school bowelmouth days, and it is great to see Trent back at the front of the stage on vox delivering consistently and with a heavy brutality that can’t be beaten. Brett on bass and Dave on skins rounding out and delivering Blunt Shovel’s uncompromising rumbling bottom end and blistering beats is awesome also. Like I said, Blunt Shovel are the full package. I CANNOT speak highly enough of the Shovesy’s. I hope and pray that they keep this momentum of all round awesomeness going and really make as big an impact of one such band known a s King Parrot

To be sure The Douche Crew event was a sellout, and rightfully so! One of the primary reasons was to see Mr Dan Lilker (and friends), bass player extraordinaire and one of the founding members of S.O.D. whose debut album ‘Speak English or Die’ we all got to experience in it’s entirety. And holy shit, Lilker’s bass sound was apocalyptic, and unlike any other bottom end sound, I have heard before. It was monstrous, and it was as punishing, unforgiving and all-consuming as the Soldiers Of Death debut. Add to that the incredible talents of Nick Barker on drums grounding and driving Lilker like a wrecking ball the crowd equally and gratefully heard and saw Beltsy on guitar replicate and give new life to the Scott Ian of old and then there was Jay on vocals who barked, screamed and delivered the anthemic vocals and lyrics of Billy Milano’s talents from one of the finest debuts in metal history.

Fans both young and old, singing and chanting along with old and new mates, with beers and fists in the air sharing a piece of history drenched in smile and sweat and new found youth. At thirty-two years old ‘Speak English or Die’ still holds up today and was a night some of us old schoolers revered and had waited for for a long time. Saturday the 18th at TheTote was a great night and more than likely one never to be experienced again 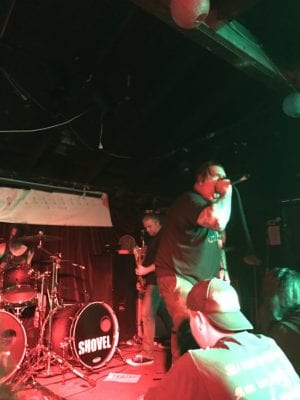 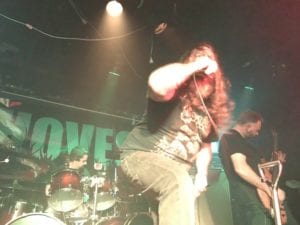 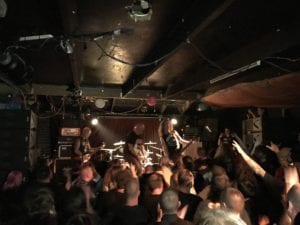