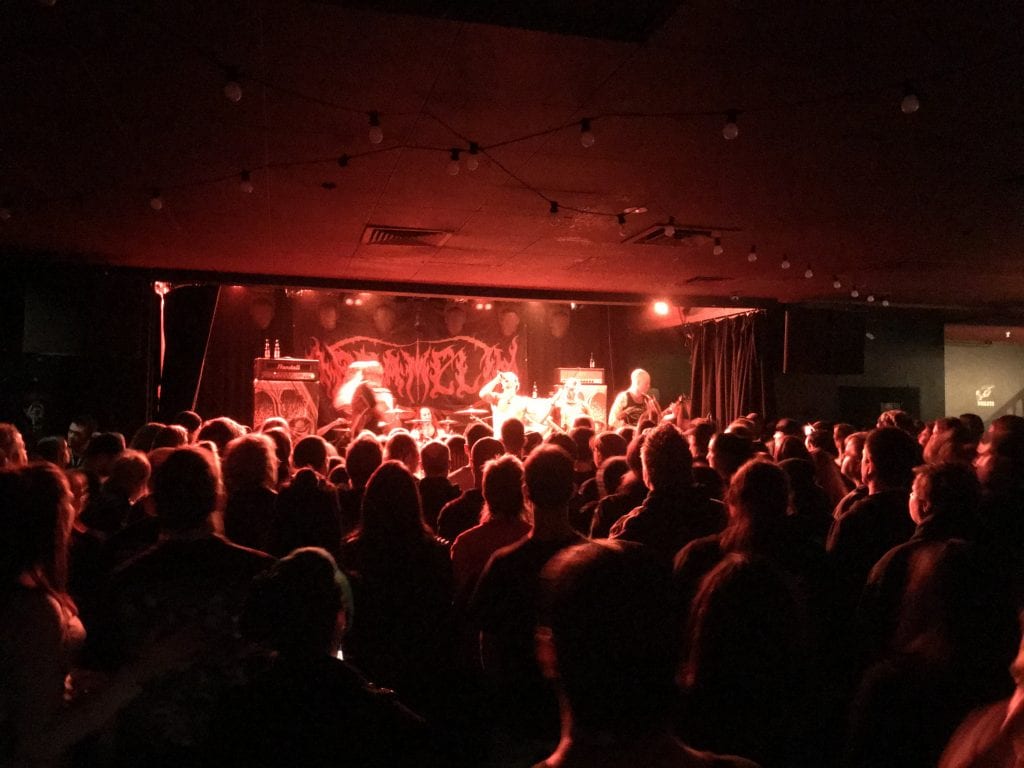 Something amazing has been resurrected in our fair old metal town of Melbourne. The reformation of the incredible and mighty ABRAMELIN! Upon first hearing about them getting back together for the Metal for Melbourne gig I reckon a lot of us die hard brutal death metal fans were struggling to keep ourselves shackled at the opportunity to see them perform again.

But I am getting ahead of myself. This was a four band bill and the Northcote social club on this Easter Saturday was our death metal armageddon desitination. Due to work commitments I was unfortunately unable to catch Sewercide (sorry lads)

Here is a link for you dear readers to hear what I was unfortunate enough to miss. (I love that old school cover art. GOLD!)

I did thankfully get there just in time to see and hear the face shredding tones of Matt Wilcock’s first appearance for the evening. Guitarist extraordanaire for the extremely brutal/death beast that is Belligerent Intent. Unrelenting from start to finish (well what else would we expect at a death metal gig?) watching the now four piece up close and intimite was awesome. Vocalist Craig having stepped away from dual bass and vocal duties and just concentrating on fronting the band and being a vocalist is a godsend. He has a set of pipes on him that would strip the white line paint of tar. To see him focus solely on releasing his anger and delivering his vocal savagery beside Matt’s guitaring was gold and a step well taken. Having said that, Craig has handed over the bass duties to the more than competant Justin (Maleficium) and man it was amazing to watch his windmill and playing in unison. Accompanying of course these three was the other Matt on drums, making it look all to easy blasting along with his brothers and therefore cohesively moulding Belligerent Intent. And again Belligerent Intent slayed those of us there to hear them. PS: In case you were unaware Belligerent Intent put the likes of Deicide and any forefathers before them to shame. Just telling it like it is! 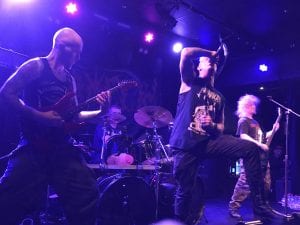 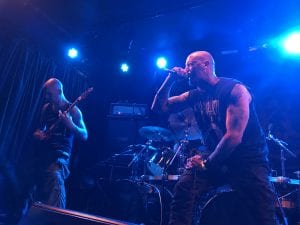 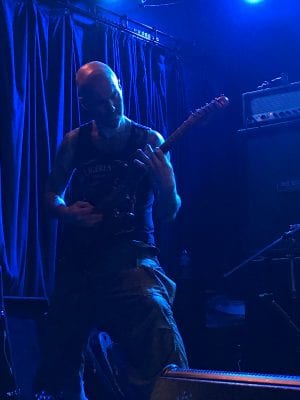 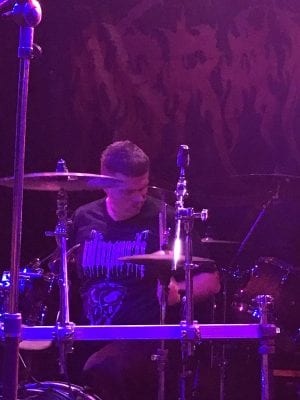 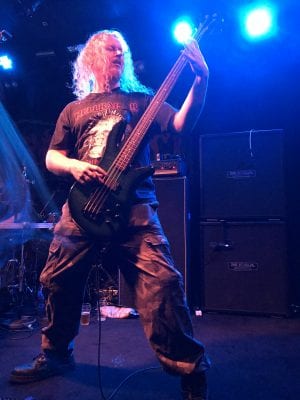 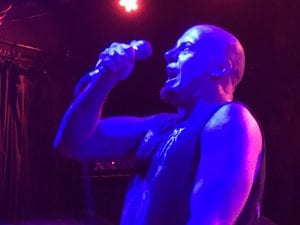 Denouncement Pyre were next with their chant inspired old school black/death metal. I may sound like I say that as if it’s a bad thing, but oh no! Like the bastard children of Detroyer 666, they were magnificent in all their bullet belt adorning glory. Playing a good portion of tunes from their latest release ‘Black Sun Unbound’, we the punters were dragged through the battlefield of magnificence witnessing this mighty Melbourne quartet. Please make sure readers that you give Denouncement Pyre your undivided attention and appreciate some of the incredible talent we are criminally understating in this country. 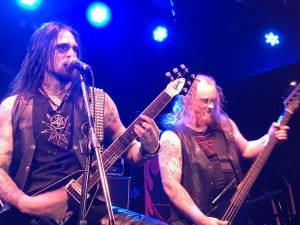 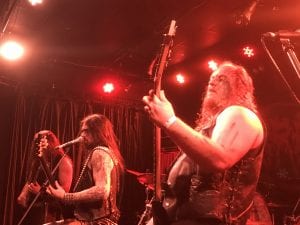 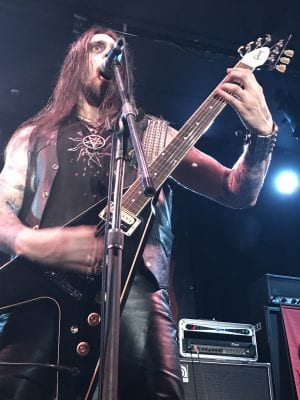 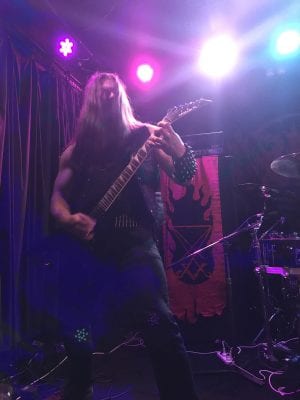 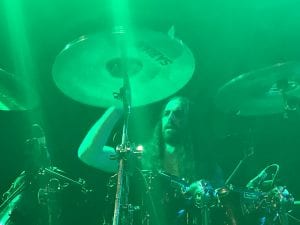 But let’s not kid oursleves. We sold out the Northcote Social Club last night to hear, in all their corpse violating glory the gods of Australian Death Metal….A-FUCKING-BRAMELIN. I have loved this band since I was personally given a copy of ‘Transgression from Acheron’ by Dower himself back in ’94 – ’95. This dear readers was Australian metal aggression in its prime. A time which heard the beasts of Damaged, Alchemist, Earth, Pod People, Naxzul, Christbait, blood duster, Dreadnaught and many others. Abramelin though, I think were without peer. They defined the chosen genre and were purists as far as encompasing all that was death metal and what it stood for. Gore, murder and all the confrontatational topics that were so revered by us as extreme metal fans. And then like life itself were snuffed out…they, Abramelin, were gone.

Fast forward to 2013-’14 and a whisper was surfacing that Abramelin were scratching the lid off the dead and buried. A perfect and beautiful vinyl box set ‘Transgressing the Afterlife’ was released and gave us fans a very real and incredible piece of iconic extreme metal magnificence.

Let’s make no mistake though, that Metal for Melbourne gig at the Corner was what got us salivating. (For those that weren’t there, Abramelin got the most insane greeting and pit for the whole seven or so hours! What we saw was a band more than ready to slit the arteries of metal in this country and be seen and heard again!) That evening was as far too short thirty or so minutes as it was a beautiful tease. But it was when vocalist Simon announced they were writing new material and gigging again the collective pulse of chaos that was the Corner that night screamed in thanks and then he also stated there was to be a headlining Abramelin gig which was April 15th. Last night.

I will say one thing, if you consider yourself an old school death metal fan and weren’t a part old the sold out crowd well fuck me you missed out. It was in all sense of the word, perfect. We heard and witnessed a band as if they’d never gone anywhere. Performing once again songs from albums that are over a decade old, but so flawless and magnificent they haven’t aged and stand the test of time and argument. Simon Dower & Tim Aldridge are two brothers from another mother who work so brilliantly and cohesively on stage its mesmerising (There was one moment where they both looked at eachother and had the biggest shit eating grin last night you knew that they had clicked again and are going to be a force to be reckoned with!) Add to that Matt Wilcock’s unbelievable technical ability, Dave Haley’s (Psychroptic, King, Ruins and too many other to mention) near perfect time keeping skill and Rob Wog’s demonic bottom end I selfishly thought to myself an hour was nowhere near enough. Old songs reborn anew and we were gifted a new new song, the perfectly Abramelin titled ‘Never Enough Snuff’ last night we were in the presence of greatness and the mighty Abramelin were a force that was always and shall forevermore be unrelenting and unstoppable. I now just don’t know how long I can wait to see them again. 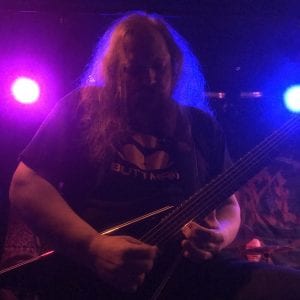 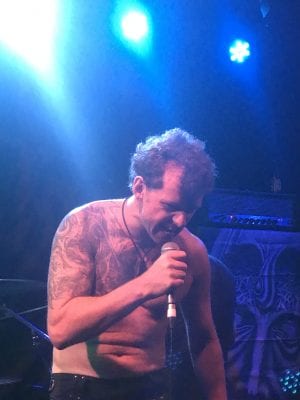 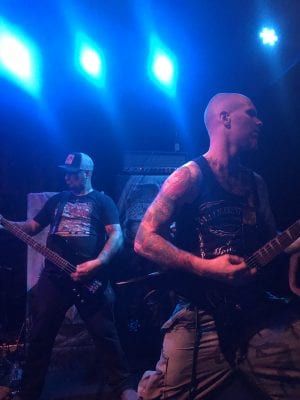 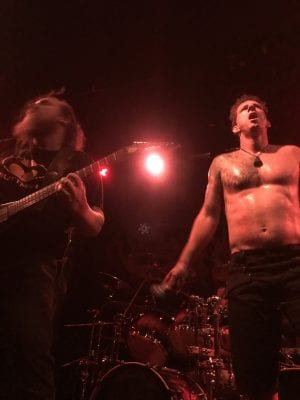 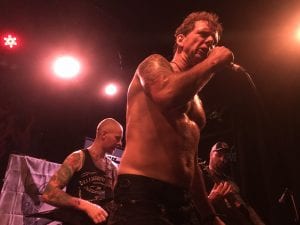 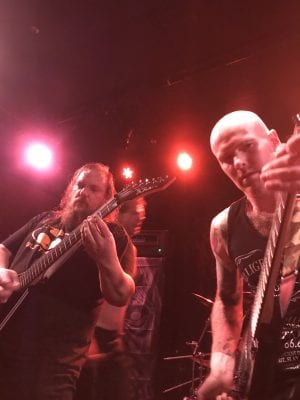 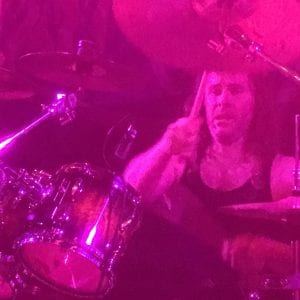 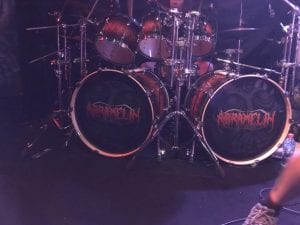 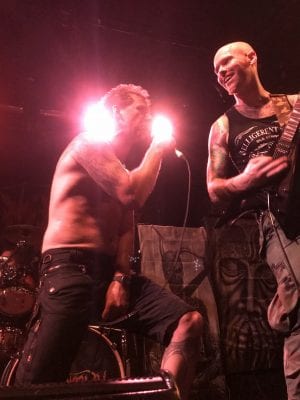 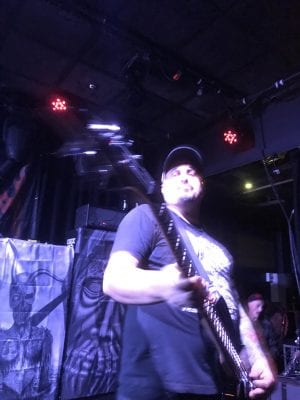 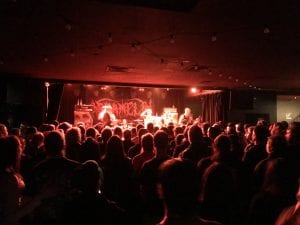 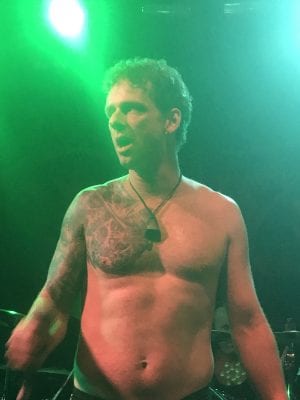 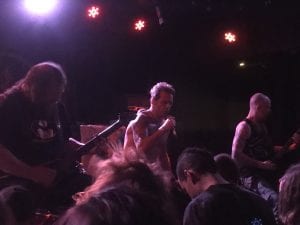