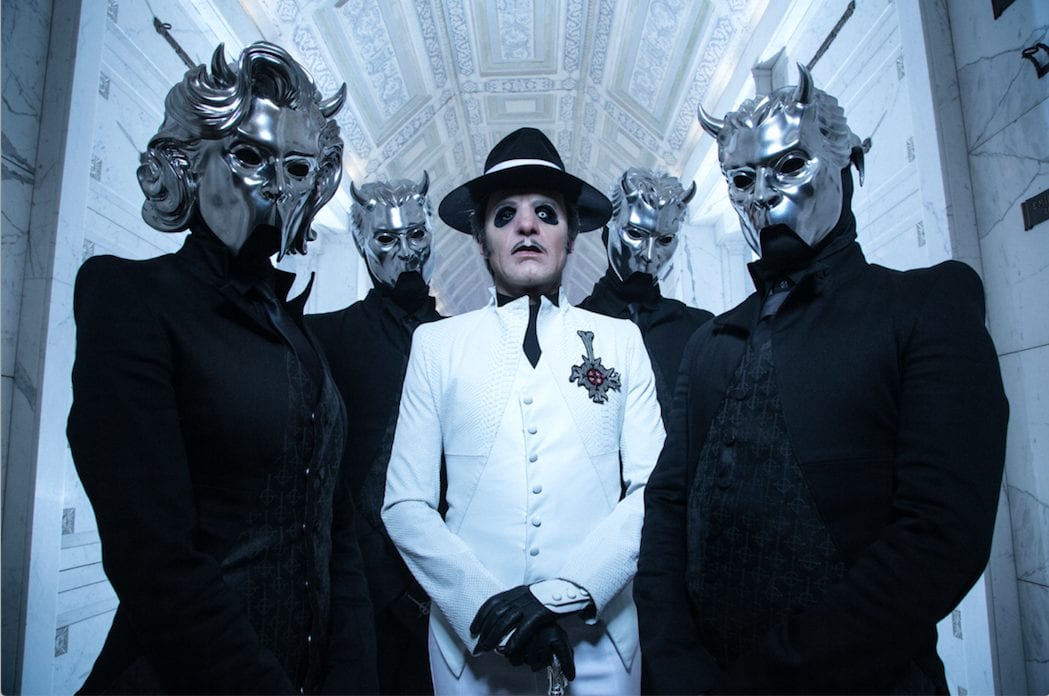 Prequelle also debuted at  #1 in Sweden, Norway, and Finland, #1 at Rock in the UK, and in the Top 10 overall in the UK, Germany, France, Australia, and Mexico. This follows over 25,000 album pre-orders (the highest in their career), over 5 Million pre-release streams of first single Rats, and the announcement of their first ever headline arena dates. Rats is currently #4 at Active Rock Radio, and was the #1 National Rock Song of the Week (Music Choice).

Released on June 1, Prequelle is available digitally and physically HERE. On June 14, Ghost will join legendary metal band Candlemass to honour Metallica by performing one of their songs as members Lars Ulrich and Robert Trujillo are presented with the Polar Music Prize by the King of Sweden, Carl XVI Gustaf.

Ghost announced Prequelle (pronounced prē-KWELL) alongside the album’s lead single Rats on April 13, 2018 and introduced fans to the band’s new singer Cardinal Copia. Watch his ascension to frontman in Prequelle Chapters 1-3 HERE. Last month, the band treated fans to an early listen of the album’s second song Dance Macabre with the first-ever Instagram Stories song premiere. With over 5 million streams in three weeks, the track is the band’s fastest streaming song to date. Lyrically, Prequelledelves into the plague, the apocalypse, and dark ages. The entire body of work is also a snapshot of the world in which we live in on a daily basis, brought to life through an emotive, enlightening, and riveting body of songs.

Prequelle follows Ghost’s third studio album, Meliora, and its accompanying EP Popestar, which elevated the Swedish rock band into the pantheon of the greatest rock bands on earth and resulted in aGrammy® Award for ‘Best Metal Performance’. Meliora debuted at No. 1 at Independent Retail, No. 2 at Rock, and in the Top 10 on Billboard’s Top 200 Albums Chart, selling over a quarter million copies globally. The band made their network television debut performing the album’s lead single Cirice on CBS’s The Late Show with Stephen Colbert.  Popestar debuted at the No. 1 position on Billboard’s Top Rock Albums and Hard Rock Albums chart and produced an Active Rock chart topper with Square Hammer.