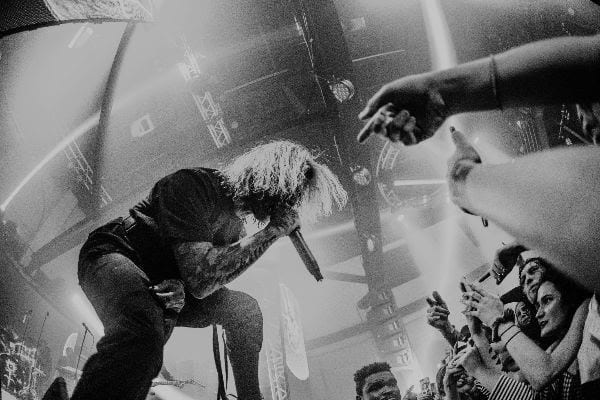 GHOSTMANE (Eric Whitney) out of Death Metal capital of the universe Florida has been infecting his rap with his stark industrial darkness since he first started releasing music. And finally after ten albums the mesmerizing blend of lyrical, machine-gun flows, catchy mantras and the darkness inherent in Ghostmane finally lands in Sydney, Brisbane and Melbourne for his run of headline shows in May.

The rapper and producer is known for fusing together hip hop, industrial, and metal, most recently on his 2018 album N / O / I / S / E. He’s racked up hundreds of millions of streams across songs such as “Nihil,” “Mercury: Retrograde,” “Andromeda,” “1000 Rounds” (w/ Pouya),” and “Flesh.” N / O / I / S / E (No One Is Safe from Evil) has a very dark and aggressive style and it deals a lot with self-harm, self-mutilation, agoraphobia, and many other issues Ghostemane has dealt with personally.

Tour dates and the clip for Ghostmane’s hypnotically dark “Nihil” and “Hack/Slash” below:

GHOSTEMANE
AUSTRALIA 2019
My Live Nation members can secure tickets first during the exclusive pre-sale beginning 10am Wednesday, 20 February until 10am Thursday, February 21. Tickets for all shows go on sale at 11am, Thursday February 21.

SUNDAY MAY 19 – THE CORNER, MELBOURNE