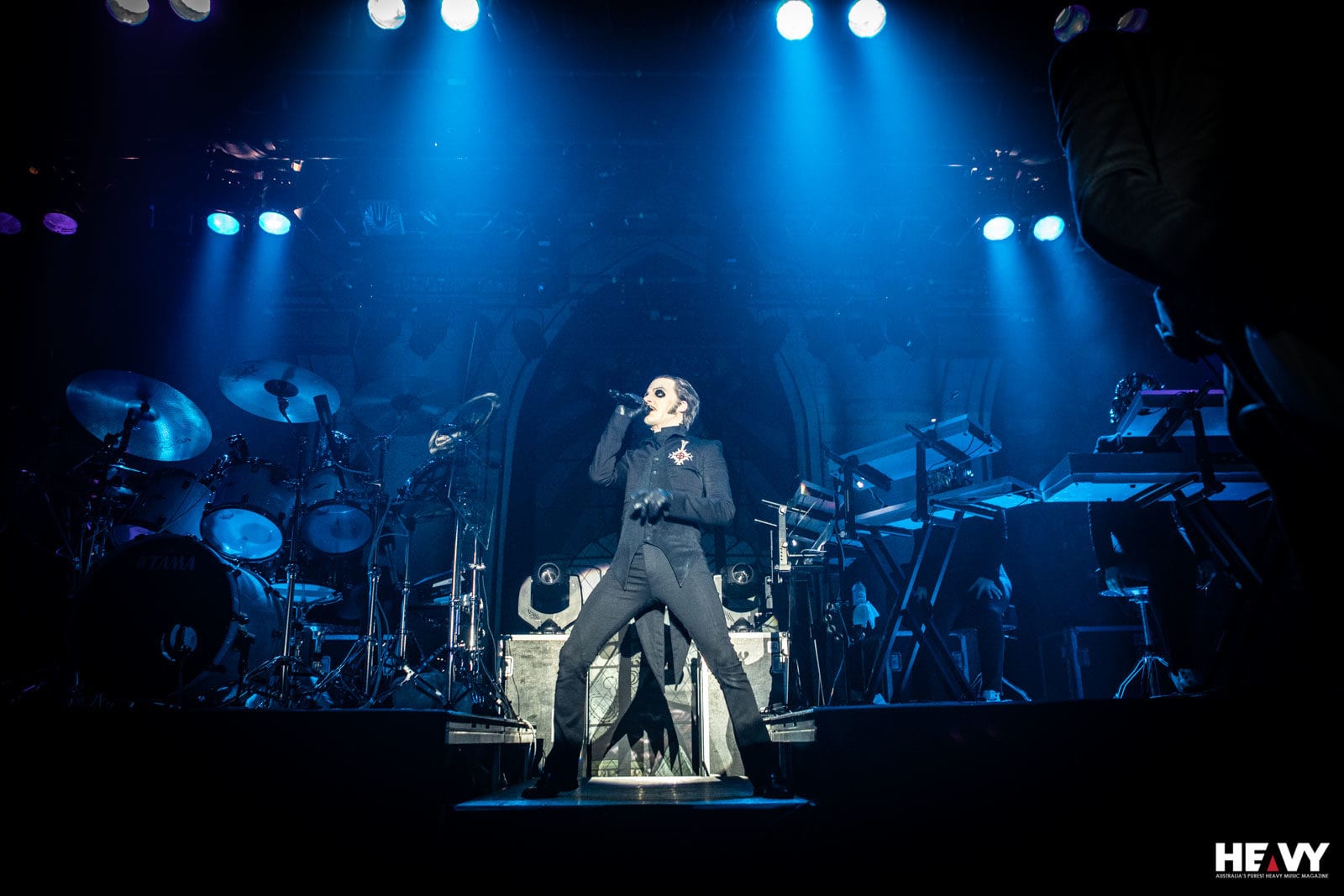 When you’re lining up for a concert and you overhear people behind you talking about how the band you are going to see upstaged Iron Maiden the last time he saw them you know either that person is full of shit or you are about to witness something truly amazing.

Being my first time seeing Ghost perform live I stifled my natural and automatic response which deferred to the former but it made me that touch more eager for what was to come.

Melbourne’s self-proclaimed filthy rock and roll merchants Grim Rhythm were given the honour of opening for the only Australian performance by Ghost outside of Download and wasted no time announcing themselves to the crowd who it seemed initially couldn’t care who was in front of them, they were only an appetiser for the main course to come.

By the end of their first song, Grim Rhythm blasted any smugness from the faces of the pro Ghost crowd, with a generous round of applause turning into a hearty cheer as the set progressed.
Before the first note was sung and as the distinctive guitar tunes pierced the night the parallels to the mighty Motorhead were obvious but Grim Rhythm quickly lifted themselves above the imitators with their own hard rocking slant on an age-old genre that dripped with as much defiance as it did sweat.

At times the sound mix wasn’t perhaps as the band would have liked but it is testament to the quality of the music that they still sounded good despite these misgivings and by about halfway through the half-hour set the sound Gods aligned and the instruments received the clarity and punch you could hear them aching to deliver.
Having to negotiate limited space which was allotted to the massive stage presence commanded by Ghost, Grim Rhythm were basically on a hiding to nothing but soared above that in grand fashion. They are definitely a band I would love to see on their own terms.

Looking through the crowd it was difficult to get a gauge on what was about to transpire, with ghostly face paint, masks, eyeliner and inverted crosses seeming to be the order of the night. There were even a handful of nuns with bad habits (I couldn’t resist) doing the rounds and the general overview of the crowd was akin to being in a morgue where all of the corpses are wired for action.

On stage the red curtains were drawn, adding mystery and suspense over the top of a haunting score that was in direct contrast to standard warm-up music but by the time the lights went out and Ghost took to the stage I began to think maybe the hype would be justified.
It is important to note here that I have not heard one song by Ghost, nor seen any concert footage, I was merely along for the ride. And what a ride it was!

The Nameless Ghosts strode into their allotted positions and before long the crowd was a swarming, seething mass of enchanted souls, swept along by the musical carnage of a band who obviously put as much into production as they do their music.

Frontman Cardinal Capia was like a demonic conductor set loose from Hell as he dictated terms like an unholy messenger. The crowd hung on his every word, showing the ultimate respect by remaining quiet on the limited number of occasions he chose to address them.
The band themselves played with unemotive precision, their instruments doing the talking in place of facial expressions obscured by their masks.

With three guitarists on stage, the potential for overkill lurked as ominously as the choir music which punctuated proceedings but rather than get lost in a wave of guitar strings the trio managed to sync as one with each taking his rightful place at the front of stage as their solos dictated.

The show was as much of a performance as it was a concert, with a general feeling of foreboding alleviated by an even greater sense of belonging. Cardinal Copia wasted little time between songs trying to speak in his broken English, instead opting to let the music overcome his flock and sweep them into a world where Ghost are masters of all they survey.

Tonight was as much about the musical journey as it was the visuals, with even the silence between songs providing a surreal link to the next step on the trail to oblivion. The light show further enhanced proceedings, with a wash of simple white, red and blue seemingly shooting from the respective instruments and drawing you into a world where the notion of religion is turned on its head and used as a backdrop for a descent into neither Heaven nor Hell, but instead a realm where Ghosts are Kings and music is their weapon.

Were they better than Iron Maiden? No. But they were definitely in a musical universe of their own and I for one would be loathe to try and remove their well-earnt crown. 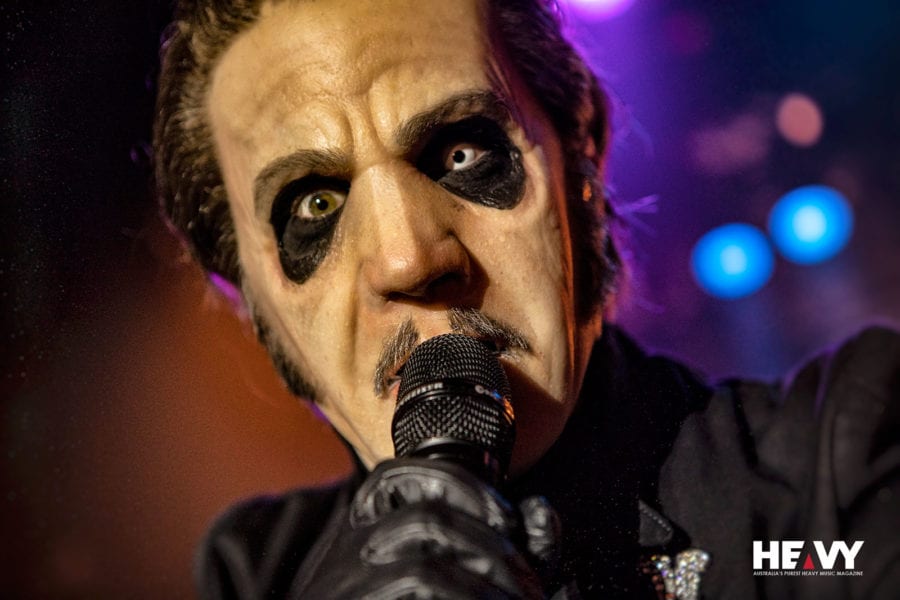 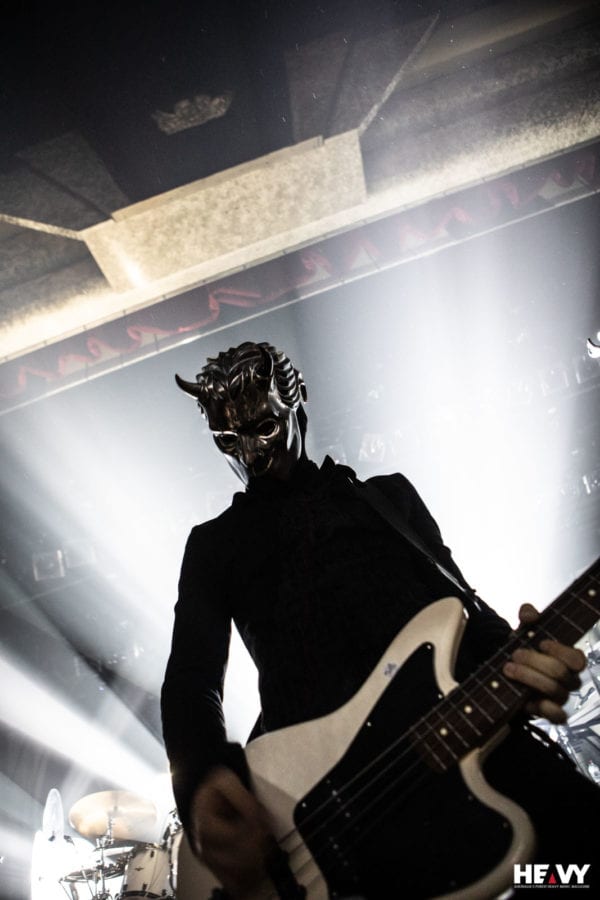 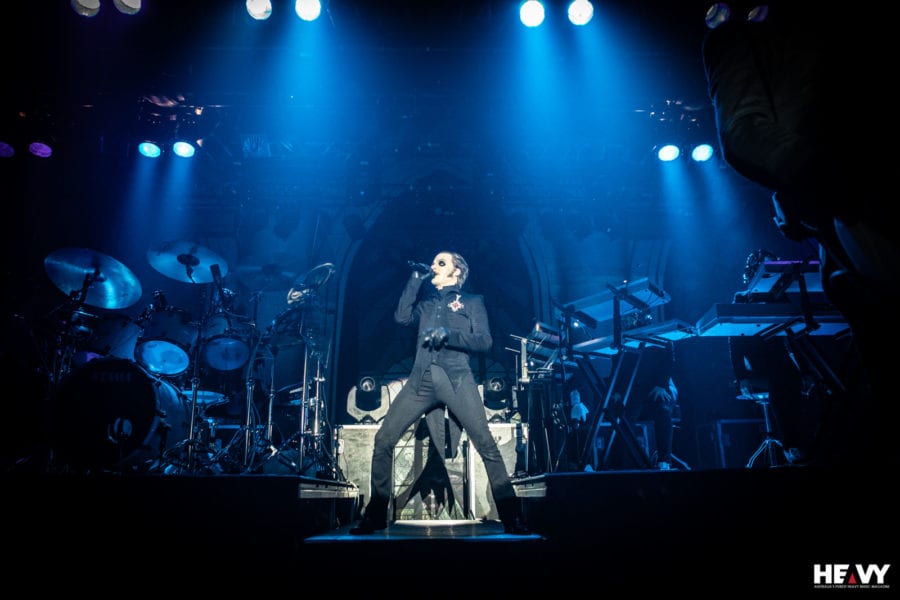 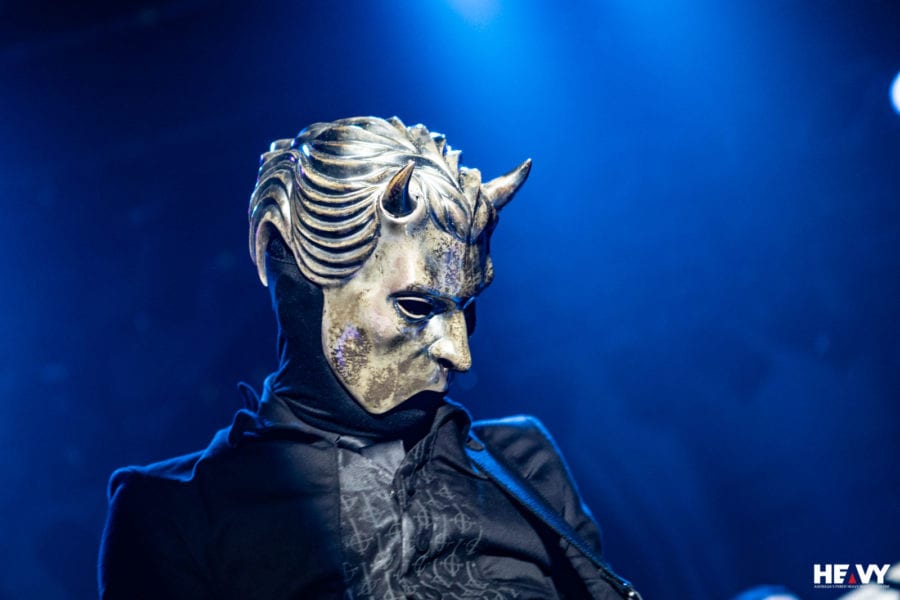 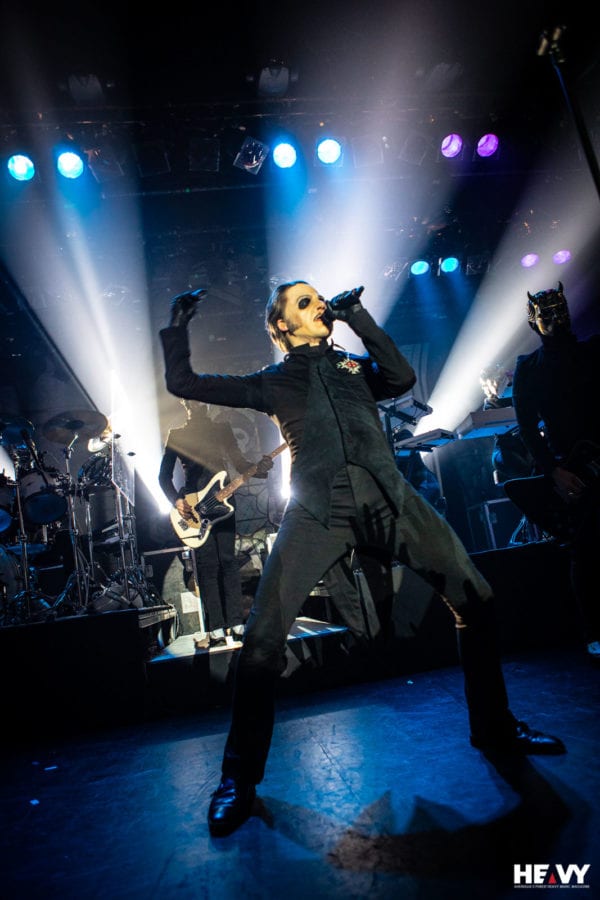 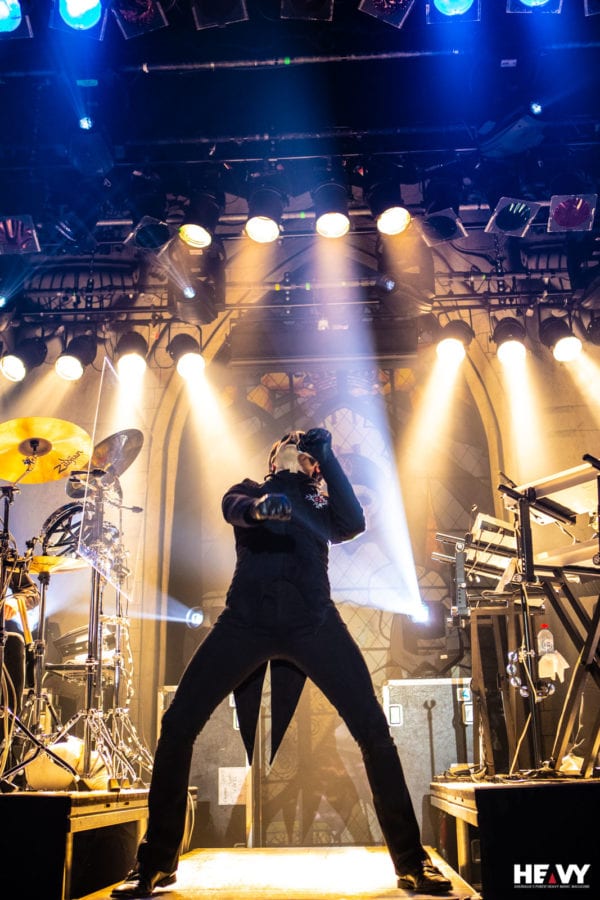 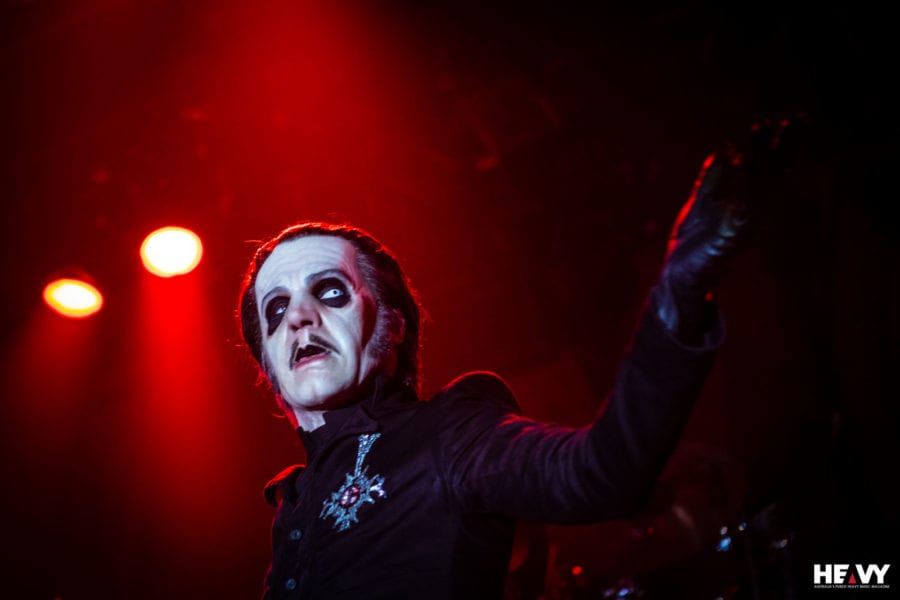 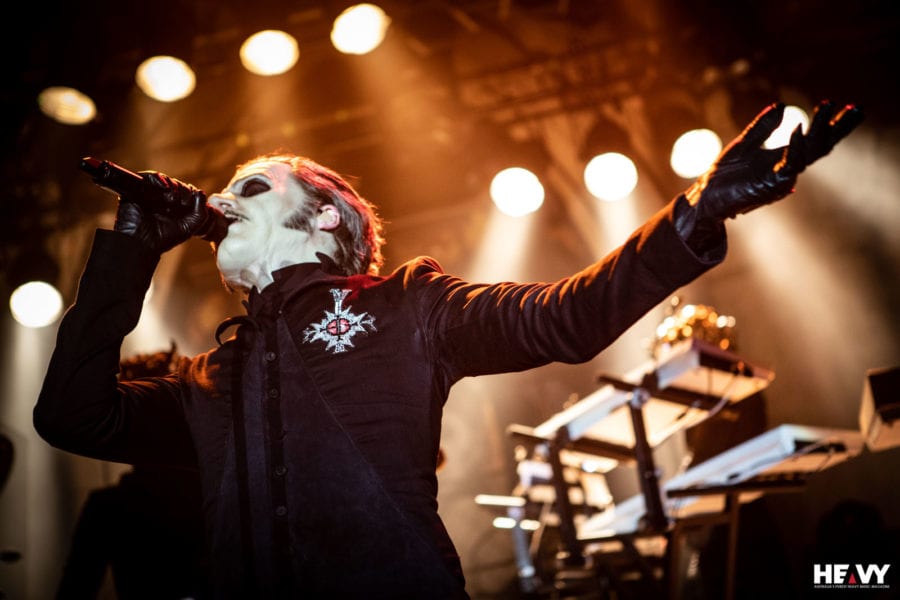 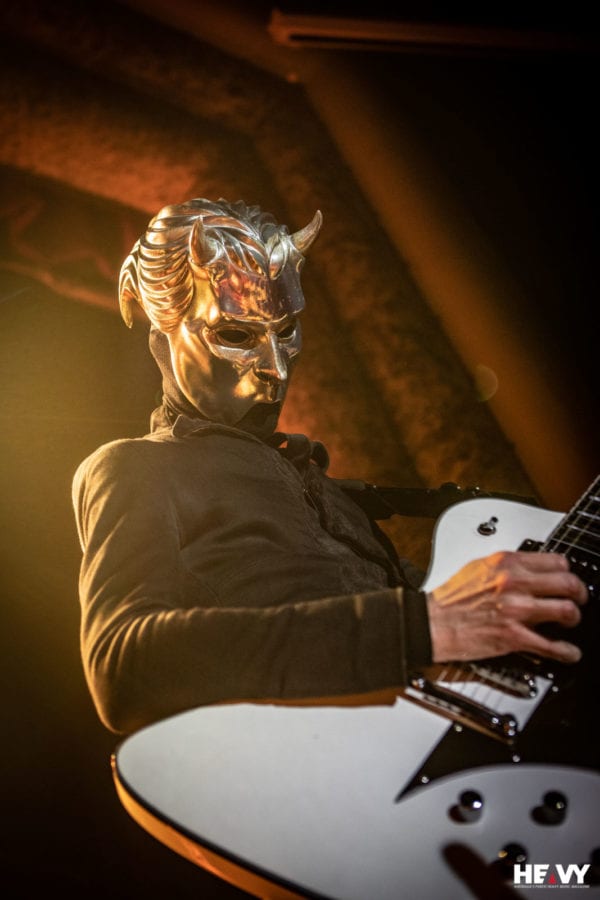 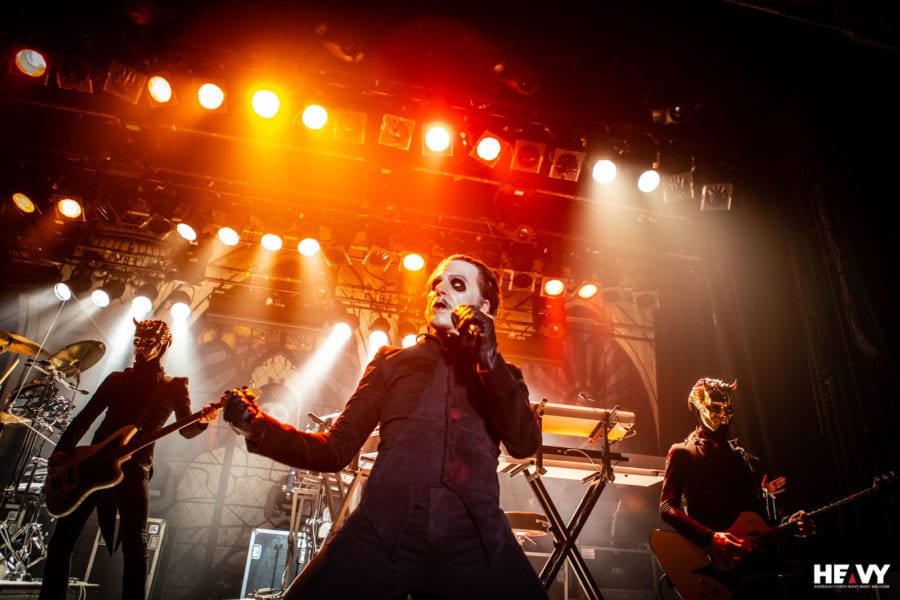 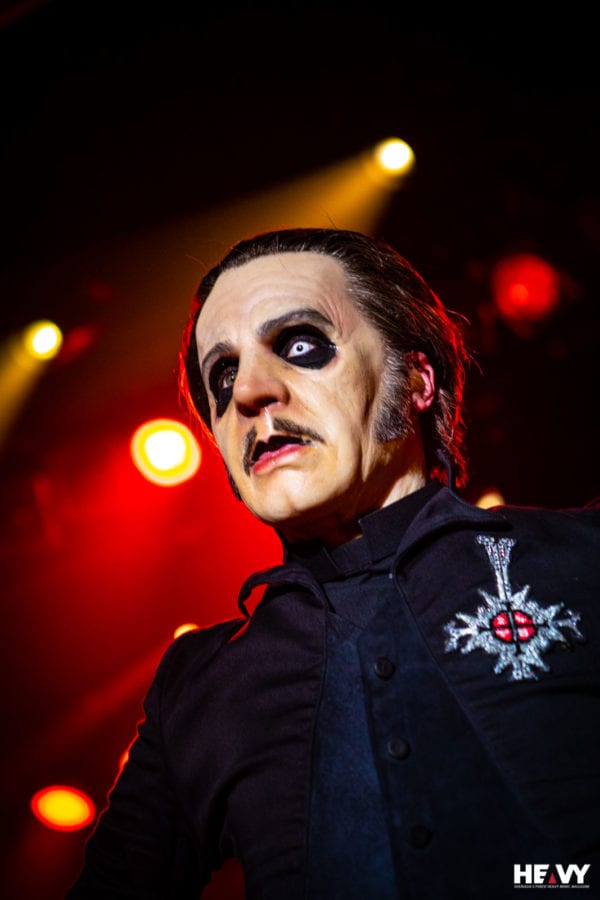 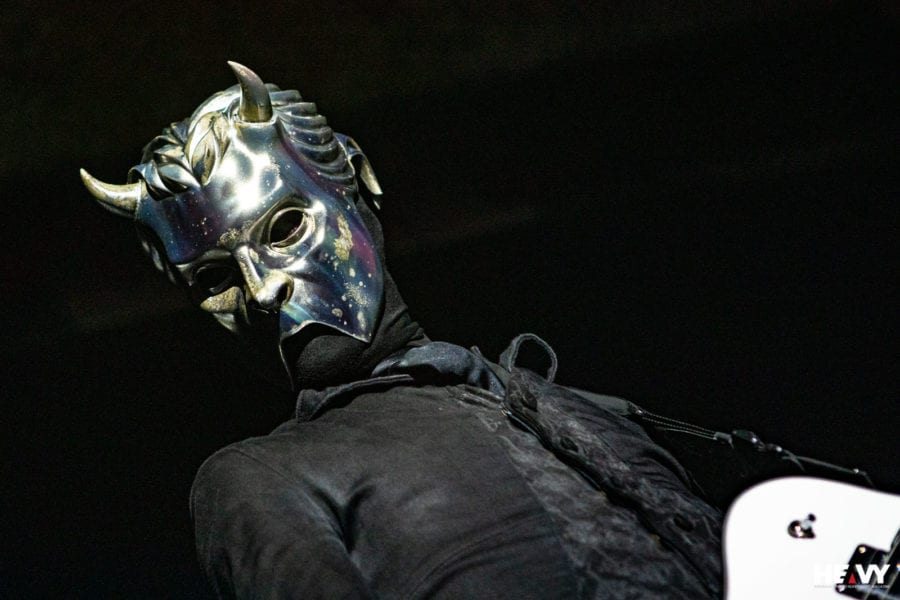