Knoxville, Tennessee lads Whitechapel have been major players in the evolution of Deathcore for well over a decade now, their signature style of blistering heavy music has influenced bands from all over the globe. This evening for Whitechapel it was band practice time in preparation for their upcoming American tour with the almighty Dying Fetus.

But before that takes place I had the chance to chat with third guitarist Zach Householder.

For any hard core Whitechapel fan it’s well known that it has been half a decade since the sextet were on Australian shores, the last time being with DevilDriver in 2014! When asked regarding the possibility of an Australian tour “Dude… where trying so hard to get down there” “it just stinks cause like whoever did all the stuff for the festivals there that promoter kinder fell through and the last time we tried to go through was with him and now we don’t really have a guy there anymore so…..it’s a booking agency thing I guess” said Householder. So with that, you heard it first… a booking agent needs to get on the phone and get Whitechapel back down under for it has been way too long!

When discussing what stands out (compared to previous releases by the band) on their latest offering, this being their 7th studio album entitled The Valley “You can hear the difference, we just honed in on the sound that we kinder developed for the past three albums and we kinder just nailed it, well maybe not nailed it, we’re still developing it but we got to the point where we were able to work with it this time” “It made a big difference as far as having emotion attached to it, you can really feel it which is kinder hard to do so” explained Householder.

Be sure to listen closely on Zach’s take on having three guitarists in the band and how the Deathcore sound has evolved from the early days of making their music as heavy as possible/ achieving the “Brown Note” to now days being able to work with layering and performing those signature layers live! 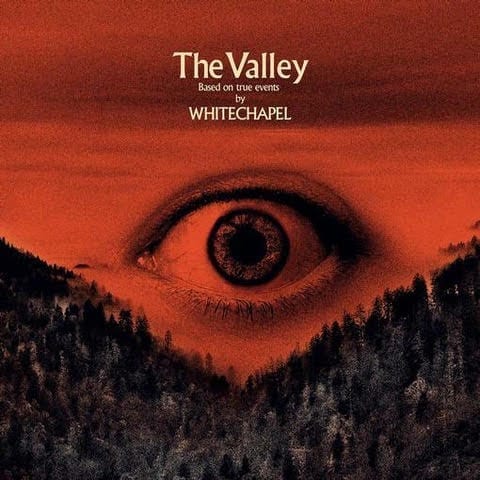