The mighty Skid Row are returning to Australia this October with former Dragonforce member ZP Theart out front so HEAVY Mag caught up with guitarist Snake Sabo to see what Aussie fans have to look forward to.

“Well one of the things about Skid Row is that we have always been travellers, man,” Sabo says with a laugh. “You know we started touring the world in 1989 and we haven’t really stopped. We have always believed in the work ethic of ‘you have to get out there and you have to play live’, that is what is going to make your bread and butter of hopefully winning people over. You have to earn their respect by playing live, that is the ethos we have had since the inception of this band and luckily we have been able to make our way around the world and continue to do so 32 years after the band started. We’ve realised that it has been a little while since we have been down in that area of the world and we said ‘let’s get back there as soon as we can.’”

Skid Row have always talked about the rush they get when they are on stage but Sabo says nerves play a big part of his performance these days as well. “You probably won’t believe this but I actually get really nervous,” he says. “I think I get more nervous than I used to and I don’t know why that is. I am sure you can insert a joke there at any point but the truth of the matter is I still get nervous, even more so that I used to. But nervous and excitement are basically the same physical feeling so you want to get out there and you want to have that interaction with the audience… that communication. Then you are sharing something for the hours you have together, the joy of music and how that music makes you feel, as the person who is playing it and the people that are in the audience. That back and forth response you get is an incredible feeling and you can’t describe it to anyone – they have to experience it. So now we are even more aware of just how lucky we are to be able to do this – to play music for a living and to be able to go out there and have people want to see you play music that you helped create. It is a very humbling gift that we have been given.”

Skid Row’s tour details are below and you can listen to the entire interview with Snake on the Spreaker Player on this page. 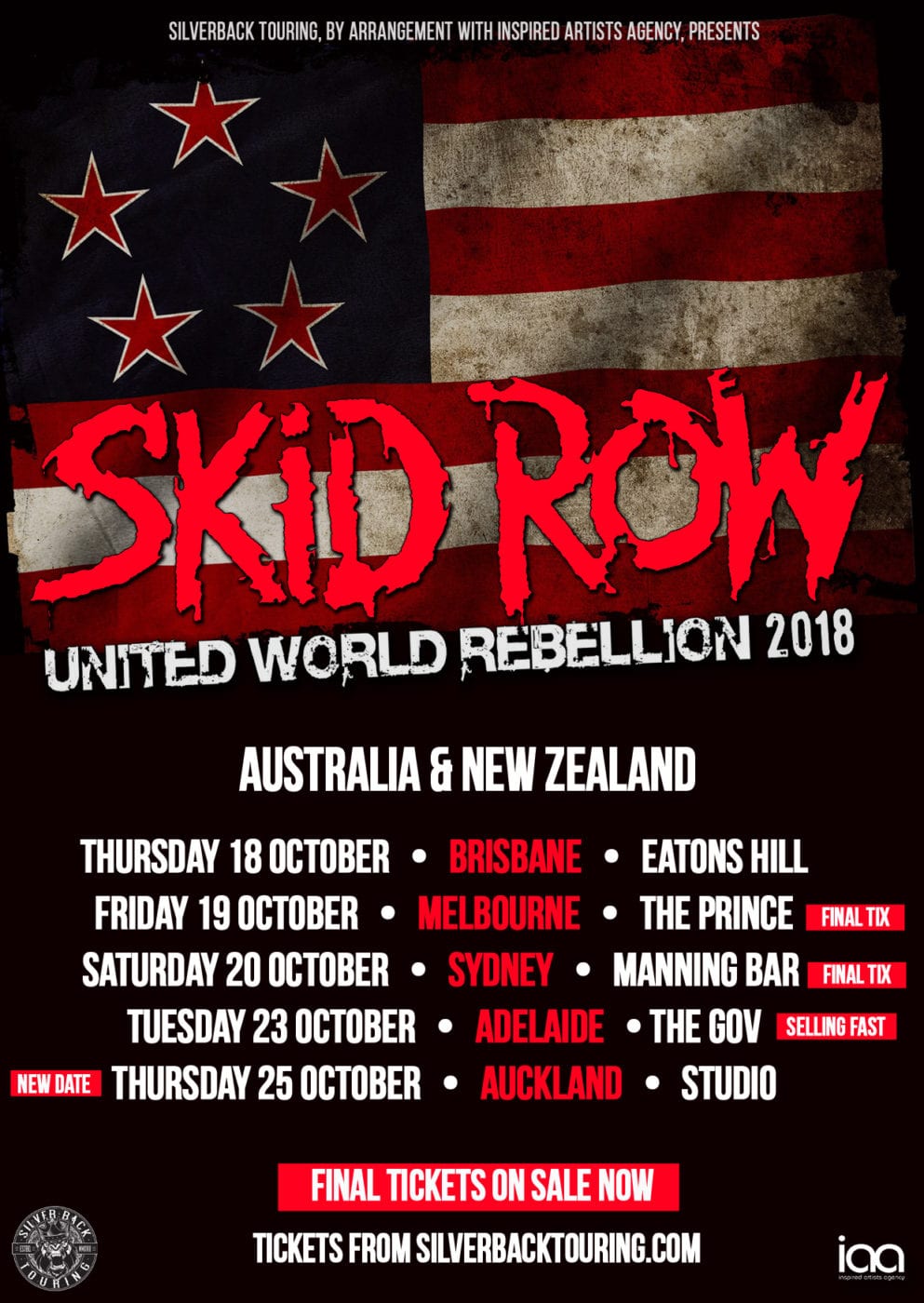