Getting Down & Dirty With SHOTGUN MISTRESS 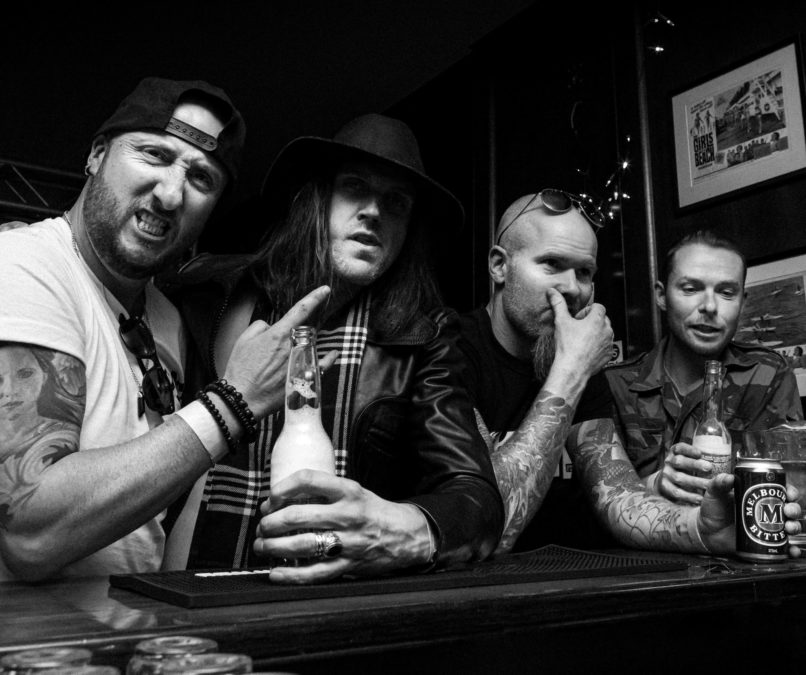 Melbourne rock outfit Shotgun Mistress have been making waves since the release of their self-titled debut album mid last year.

They burst onto the scene with a swagger and assuredness that could almost have been mistaken for arrogance had they not delivered everything they promised and more.

Originally formed by Matt Wilcock – better known for his work in death metal outfits The Bezerker, Akercocke and Abramelin – Shotgun Mistress are Australia’s answer to the Sunset Strip bands of LA, but with twice the purpose.

On the eve of their massive Australian tour with fellow Melbourne rockers Electric Mary, drummer David Lee joined HEAVY for a light hearted chat about the past, present and future of Shotgun Mistress.

With the recent state of cancelled or postponed shows, we start by asking if he has allowed himself to get excited for the tour yet?

“I don’t know man,” he laughed. “I’m waking up pretty early tomorrow morning! It will be like, is this real or is it going to fuck me again? Let’s wait and see what happens tomorrow morning! We’re leaving early, so we’ll hopefully be at the airport around 7 am, and then we’ll be down at Tassie by about 10 and fingers crossed we can keep moving around and let’s get this done this time. It’s been two years in the making for us all, so we just really want to get out and party now, and rock and roll.”

It seems only natural that playing live – like anything that takes practice – is something that could quickly desert you with a prolonged absence, and Dave honestly affirms that theory.

“You do lose a little bit of the feel once you haven’t done it for such a long time,” he measured, “but I tell you what, it only takes one or two songs, and then you’re straight back in. You get the energy running with all the crowds and everything again and create some mayhem and have as much fun with the crowd as possible. That’s what it’s all about. We play the music, they bang their heads and enjoy themselves and scream and shout and drink plenty of alcohol, and we all have a good time together!”

In the full interview Dave runs us through the tour and what to expect, speaks about touring with Electric Mary and why the two bands make a good fit, getting back out there and playing to your fans, progress on album number two and more.