AT THE GATES ‘To Drink From The Night Itself’ 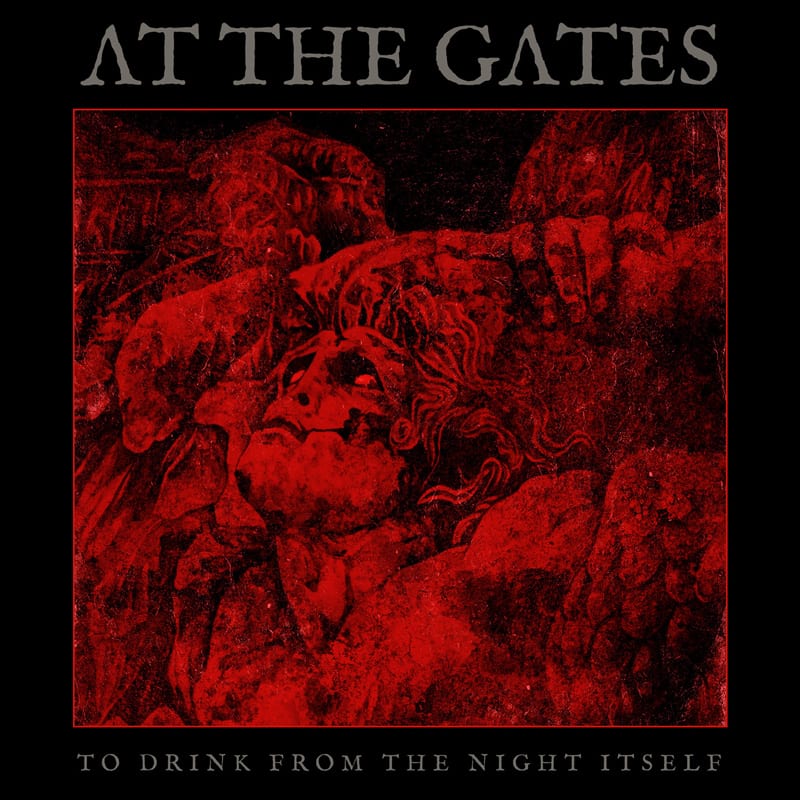 The year of 2012 marked the return of one of Gothenburg’s most influential pioneering melodic death metal acts, At The Gates. Following their return into the realm of metal, the band released their 5th studio album in 2014, titled At War With Reality – their first full length record in 19 years. The good news? It’s safe to say that At The Gates are aware of who they are, where they come from and what they want. If you’re a Swedish melodic death metal fanatic and enjoyed At War With Reality, you’re going to love To Drink From The Night Itself even more.

Over the years, At The Gates fans and critics alike will always argue that their well-renowned 1995 album Slaughter of the Soul was one the most pivotal releases of their career. It is considered to be one of the most influential melodic death metal albums of the 1990s. The problem with this is people will always continue to compare every bit of new material to that of its past.

The conceptual idea behind this record can be left open to interpretation, however, there is a sense that there are ideas surrounding revolution and resistance. Victory might be unachievable, yet the fight continues. The opening track, “Der Widerstand”, translates to “The Resistance”. This beautiful 90-second instrumental track was quite surprising, yet every second slowly builds up the intensity as it prepares the listener to launch straight into the hard-hitting title track, To Drink From The Night Itself. This track delivers strong, fast-paced riffs and powerful melodies, a key element of At The Gates’ style.

There is no doubt that the band have certainly returned to writing elements that resonate with their classic Slaughter of the Soul sound, which is extremely evident within the title track, as well as “In Death They Shall Burn”. Vocalist Tomas Lindberg brings forth his unique growls with a sense of ferocity, putting yet another signature stamp on the band’s brand. It is clear that the departure of founding member Anders Björler has not stopped At The Gates creating the music that they want to hear. The musicianship between the band is at an all-time high, with Erlandsson’s influential and distinctive drumming, and killer riffs written by bassist Jonas Björler and Lindberg himself.

To Drink From The Night Itself takes the listener on a journey, as it steadily builds momentum and pace while incorporating melodic elements throughout such as the masterful “Daggers of Black Haze”, a song that clearly showcases total creativity and fluidity in the songwriting. What stands out in this record is how At The Gates precisely manage to weave their way in and out of fast, hard-hitting tracks like “The Chasm”, to having the addition of cello, violin and double bass in the epic closing track “The Mirror Black” to create a slow, atmospheric, melodic masterpiece.

To Drink From The Night Itself is an album that At The Gates fans will truly appreciate, as the band has managed to incorporate all the elements and sounds of their past to create an album that is truly their own. The Swedes have stuck to their roots, while also experimenting with their sound without turning away from their signature Gothenburg flavour. To put it simply: At The Gates are back, and they are definitely here to stay.