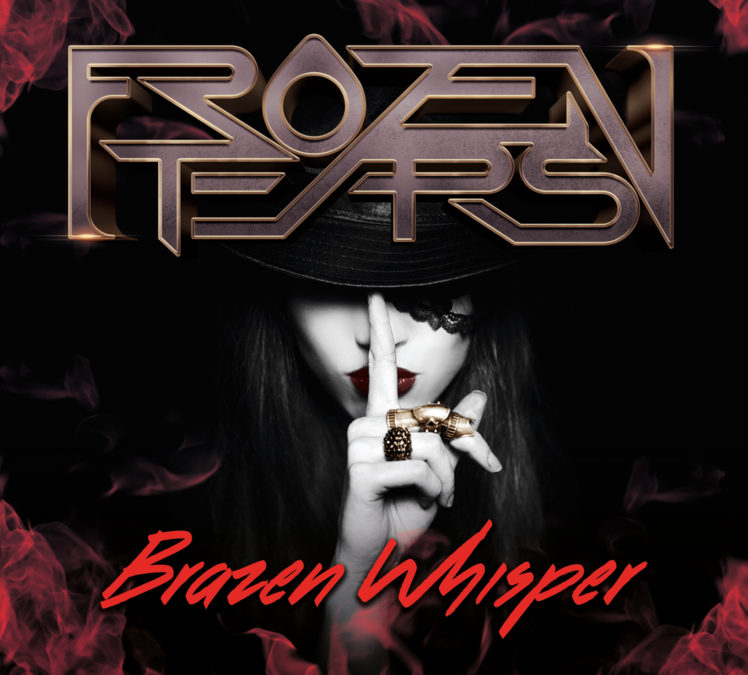 The landscape of rock and metal is littered with genres. Taking a stroll through it will see you marvelling at the founders of classic heavy metal, shocked by the speed of the thrash movement, and intrigued by the brutality of the Death metal that followed.

And, at some point, you will stumble across AOR. Whether you stay for a while or scurry past is quite often linked to how many drinks you’ve had. I mean, who hasn’t annoyed a bar full of patrons with a fistful of coins and a jukebox stacked with Journey, Survivor or Foreigner?

And AOR is where Melbourne based band Frozen Tears has chosen to vie for your attention.

Formed back in ‘96, they released their debut album perhaps most notable for housing the anthem for soccer club South Melbourne.

Fast forward 24 years or so and we have the follow-up, Brazen Whisper.

An EP of six original songs rounded out with a seventh track, the Kiss cover C’mon and Love Me.

So, does this release warrant scurrying past or demand that you make time for it on your journey?

Album opener and title track Brazen Whisper certainly deserves more than a passing glance with its impressive intro. From there, Frozen Tears glide through the gears as the verse leads into a great chorus followed by some surprisingly hard edged riffs and a cracking outro.

You is next up and maintains the momentum, especially with its pre-chorus vocals and impressive lead guitar work.

However, tracks three and four Hold on Tight and Love Can Be Real can’t quite keep up with their predecessors. Not an indictment, but rather a reflection on just how strong the opening two tracks are.

But then Set Me Free swaggers into view with Jon Powers slithering riffs snaking through the EP’s funkiest track. And it has to be said that vocalist Thanis Akritidis really comes into his own here.

Cant Stop is the last of the original compositions, with its acoustic guitar and backing vocals doing a great job of conveying something that, in the wrong hands, may have come across as just a little too earnest.

Rounding it all out is Frozen Tears’ respectful cover from one of their major influences Kiss, with C’mon and Love Me.

And there you have it. A very good example of not just Aussie AOR but AOR full stop. An EP, that thanks to the majority of its compositions and especially impressive guitar work, warrants far more than a cursory glance on your next stroll through rock musics landscape.

PrevPrevious.RIVERS OF NIHIL Clean Up On New Tune
Next.SUICIDE FOR A KING Set To Corrupt With New EPNext