Following Your Own Path With RECKLESS LOVE 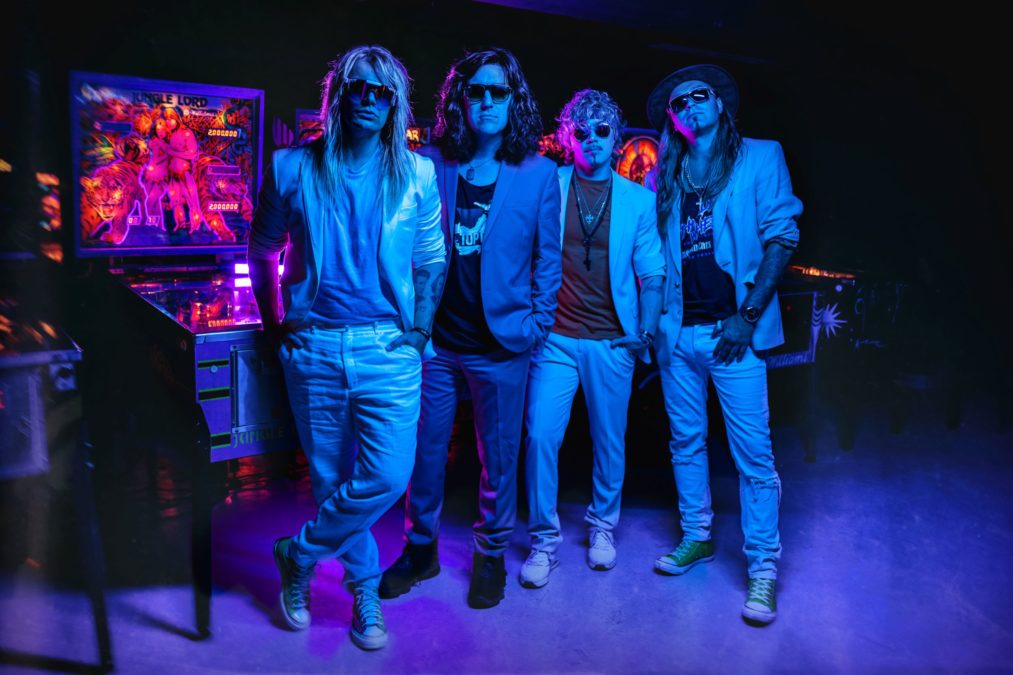 It is an album that has drifted from the sleaze rock style of music that fans of the band have become accustomed to, instead leaning on more of a synth-driven sound that harks back to the 1980’s and pays homage to music, video games, and sounds of that era.

It is an album that has polarized fans, with many bemoaning change, but also one which font man Olli Herman believes is a perfect snapshot of where Reckless Love are at musically at this stage of their career.

Herman joined HEAVY to chat about the album and the band’s Australian tour with Skid Row later this year.

“The reception has been exceptionally awesome,” he enthused of the album. “Even the streaming numbers – even if we don’t look at the messages we get – the streaming numbers are huge. It’s the best streaming album we’ve ever released, and the singles have been the best streaming we have ever released. The whole album already has close to 2 million streams on Spotify alone, so the numbers are huge. It’s a really good and reassuring thing that we’re on the right path. Obviously, there’s been a slight change in style because we… we’ve been toying with this type of more electric – as the title track says, more electric than before – but we’ve been toying with this new type of sound… even on the first record we had a song called Back To Paradise with electric drums and a lot of synthesizers, so it’s not completely new but we kind of maxed that out on Turborider and made it… we just turned it up to 11 like the Spinal Tap thing. Obviously, that’s been a bit of a conversation started to put it mildly and more beautifully, but there’s been a lot of hatred over the internet because of that sound. For some reason, the drummer has a problem with electric sounds. The guitarists have never complained about the same thing (laughs). it definitely divides opinions, but that’s what good rock and roll is all about. It’s supposed to make you think about stuff, and it’s supposed to be a love or hate thing. You don’t want lukewarm shit.”

In the full interview, Ollie runs through the heavily influenced 80s sound and why they focused on that for this record, the variety of musical tastes on the album and how they fit together, the six-year gap between albums and meeting public expectation, the early days of Reckless Love and where they fit in, making their mark on the music community, their December tour with Skid Row and more.