The band have released new track, “Make You Feel It” today and you can check it out below:

Fire From The Gods have quickly generated a following since the release of their first two singles, seeing an 80% growth with a total of over 1 million streams and 1.5 million video views!

The album is available for global pre-order now! via CD, Vinyl and digital and equipped with instant downloads of the already released “Truth To The Weak (Not Built To Collapse)” and “Right Now.”

American Sun was recorded, engineered, and mixed by Erik Ron (Godsmack, Motionless In White, Panic! At The Disco) over a two-month period in Los Angeles, and mastered by Howie Weinberg (Alice Cooper, Korn, Red Hot Chili Peppers). It’s an expertly executed and DNA distinct  amalgam of metal, hip-hop, and modern rock that crackles with intensity. Fire From The Gods have adopted the tagline “In Us We Trust” — meaning “We The People” are responsible for change; a unifying statement in order to try to prevent society from succumbing to the growing malaise brought on by soul-sucking technology, divisive politics, and environmental destruction.

Frontman AJ Channer explains, “With this record, what we’re trying to drive home is that our differences and where we are from doesn’t need to define who we are moving forward. Like [2016’s] Narrative, I’m telling the story from my perspective, but it’s a story that people from all walks of life can relate to in the sense that we all face the same challenges… and the only way to conquer them is if we face them together.” 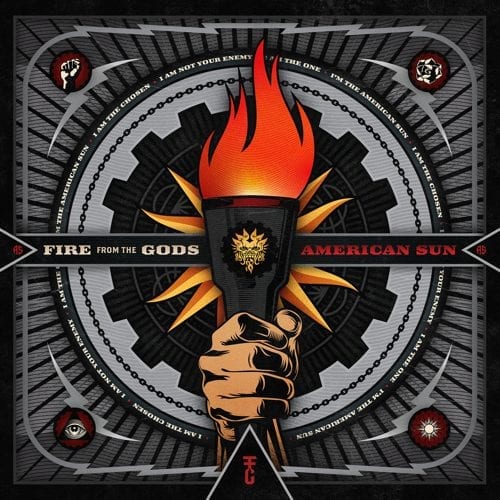