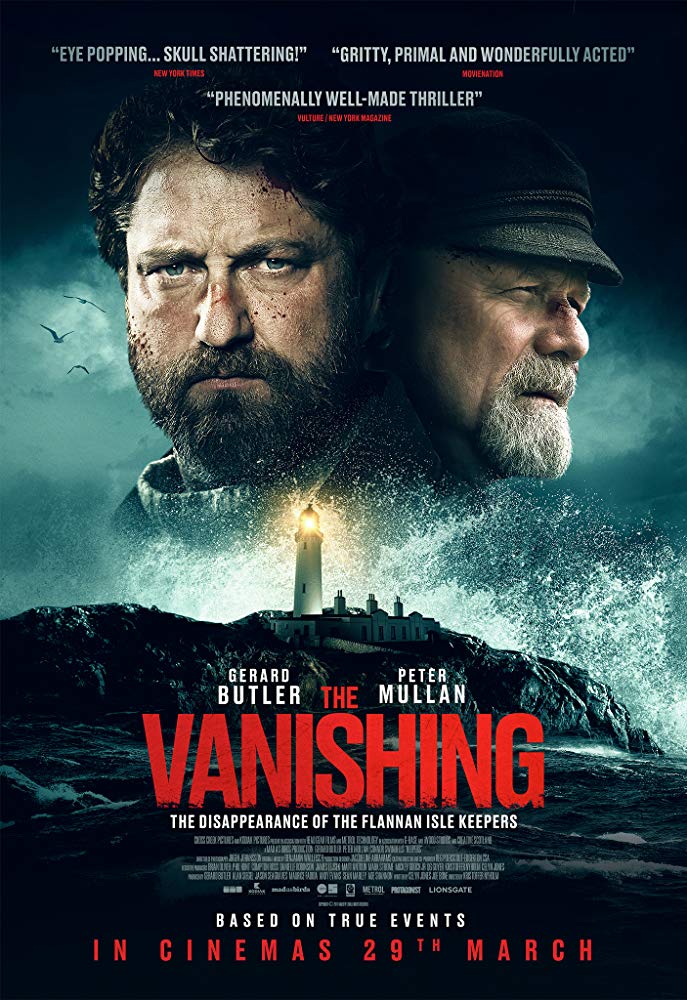 If you are an avid fan of true crime or paranormal stories then chances are you’ve come across the story of the disappearance of three lighthouse keepers in The Flannen Isles mysteriously disappeared in 1900. The story itself lends itself perfectly as a cinematic tale. A picturesque coastline, the claustrophobic feel of people stuck on an island and a mystery that has never been solved which gives a little bit of creative freedom to a screenwriter and director with a good imagination. The tale now comes to life in the form of The Vanishing.

Sticking to the true story as much as it can The Vanishing sees seasoned lighthouse keeper Thomas Marshall (Peter Mullan – Children Of Men, Tyrannosaur) land on an uninhabited island about 20 miles off the Scottish coast for a six week shift of manning the remote lighthouse. Under his watch is the quiet but also experienced James Ducat (Gerard Butler – 300, Olympus Has Fallen) and the young and inexperienced Donald McArthur (Connor Swindells – Sex Education, VS).

What should be a quiet six weeks training Donald though soon turns dark when a stranger washes up with a chest full of gold. The violence that ensues rock the men to their cores but also leave them asking questions about each other. They soon find themselves having to group together though when more men arrive on the island with the gold their main desire.

With such a gift of a story handed to them director Kristoffer Nyholm (Taboo, The Killing) and screenwriters Joe Bone (The Corrupt) and Celyn Jones (Six Minutes To Midnight, A Fine Brother) certainly don’t waste it. Together they manage to create a film that is full of high tension that manages to keep that atmosphere without the use of special effects or stooping to lame Hollywood devices like jump scares. Instead what happens is they use realism in much the same way Alejandro G. Inarritu did with the award-winning The Revenant.

Thankfully the film doesn’t hold back the violence aspect of the story. Seeing full on fights between the two parties raises the suspense throughout the film and it also adds to the psychological aspect of the film especially when some of the ‘good guys’ suddenly gets a taste of blood. Suddenly the film finds itself on a whole new level as a character has to deal with the fact that he has killed someone and then the audience are left wondering whether or not he will stop there due to the fact all that separates him from a lifetime full of wealth is a few men who easily could be made disappear.

Nyholm’s directing style also mirrors that fantastic Scandinavian television crime thriller genre that has a made a name for himself in. Here he uses the rugged environment as one of the characters in a way that only a few directors can. The men are solidly trapped and that further enhances the game of cat-and-mouse that is played when Thomas, James and Donald do whatever they can to try and escape the island’s invaders.

Cinema lovers will also relish being able to see Gerard Butler finally back in a role where he gets to flex his acting muscle rather than his action hero physique. All too often these days we see Butler in films like Gods Of Egypt where all that is required of him is for him to turn up, look tough and beat up a few people. Here Butler once again reminds audiences that he is a damn fine actor. Grouped together with Hunter Killer we once again see that Butler is capable of intense dramatic acting and has an amazing screen presence. Here his scenes with Peter Mullan are so phenomenal you are very quickly reminded that despite amazing performances in Trainspotting and Tyrannosaur Mullan is still one of the most under-rated actors going around. Grouped together here the ensemble are amazing.

If you like intense thrillers that really don’t hold back then back sure you don’t miss The Vanishing. Brutal in parts the film explores just how far men are willing to go to give into greed. With strong characterisation and brilliant suspense The Vanishing is one of those hidden gems of 2019. 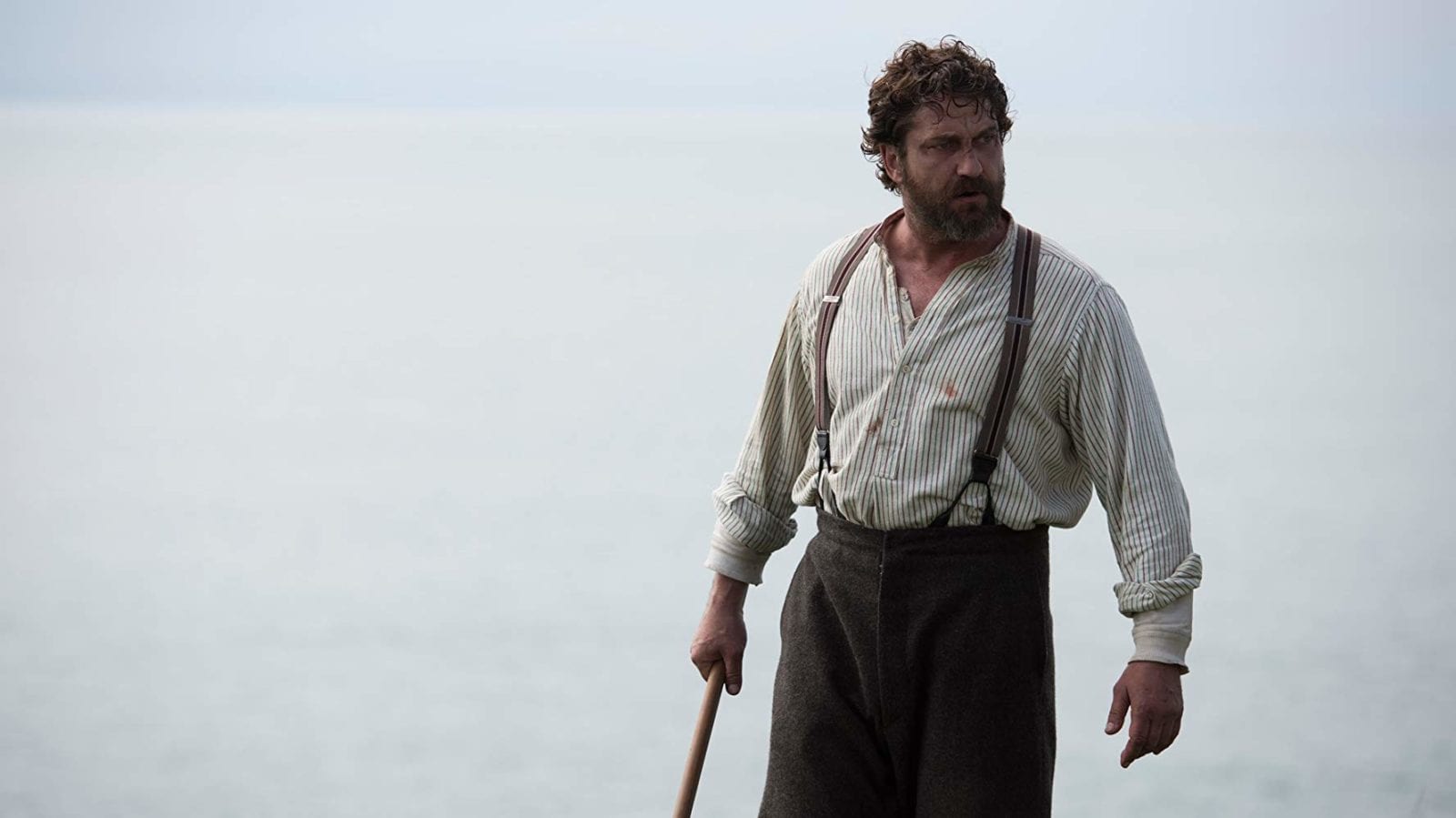