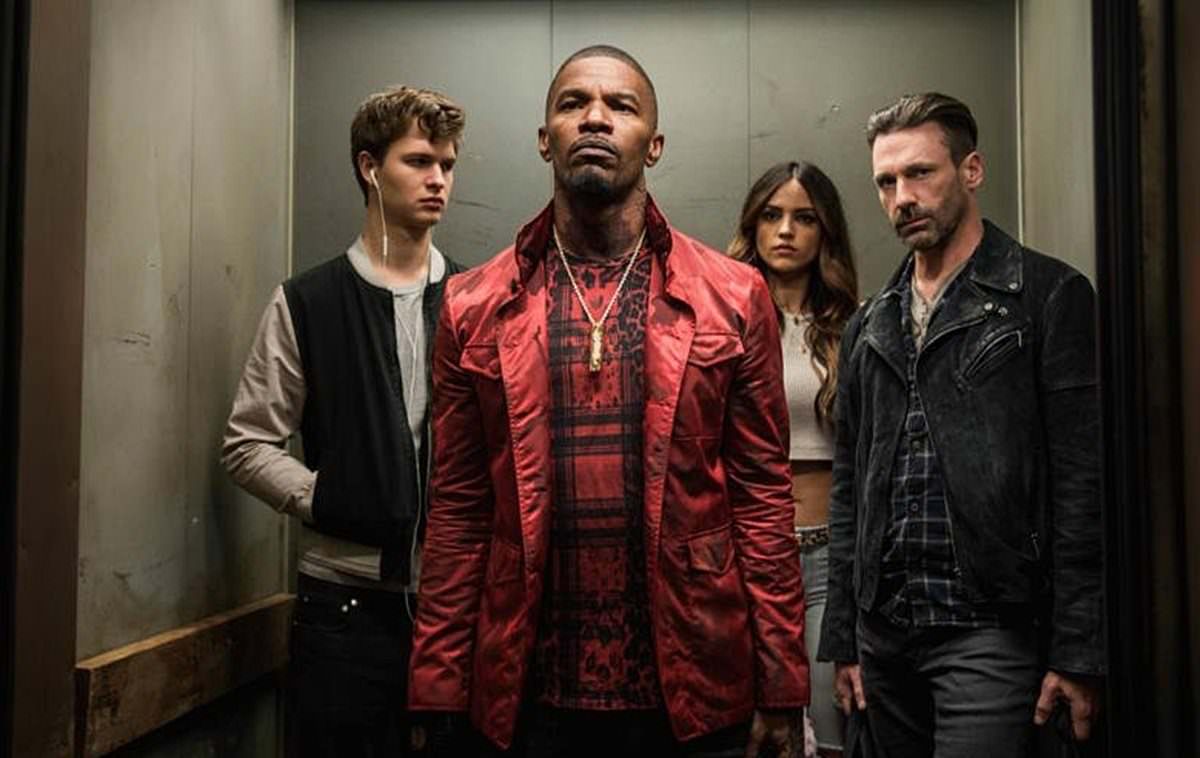 I’ve considered myself a huge fan of Edgar Wright‘s films for some time. Since the release of Shaun of the Dead and with the continuation of his “Cornetto Trilogy” with Hot Fuzz & The World’s End Wright he has created what I would consider being almost perfect films. In only a short amount of time Wright has created several instant cult classic films with their stylish presentation, music selection to characterisation and emotional moments having a kick to them even though the film itself may have an absurdist comedy twist to them. This isn’t to say I have impossibly high expectations for his movies simply that I know what Edgar Wright as a filmmaker is capable of.

Baby Driver is the story of “Baby” (Ansel Elgort) a young extremely talented getaway driver with a passion for music and a constant soundtrack to his own life playing on his iPod. Forced for years to serve as a wheelman to pay back a debt to crime boss “Doc” (Kevin Spacey) Baby appears to be finally free to start building a life for himself after meeting a beautiful waitress named Deborah (Lily James). However much to Baby’s horror, he is forced to take part in yet another “final job” with a team of psychopaths. Trying not to get in too deep Baby strive to stay ahead of the criminals and the cops and escape this life of crime once and for all before it’s too late.

By far the star of the film is not the actors but the music and how it is incorporated into the film. Wright has clearly put an extensive amount of effort into choreographing almost the entire film so that it synchs up with the accompanying soundtrack. Gunshots, camera edits, punches, car chases, car crashes everything is timed perfectly to match the rhythm and the beat of the song playing in the background. This has got to be the most musical-like non-musical I’ve ever seen.

It’s definitely an impressive achievement and Wright shows off the slick visual style he has become known for. While definitely cool it can feel a little out of place at some points like the opening credits which serves as a single long take of Baby going to get coffee for the crew after a job well done. The scene plays out with specific lyrics from the song playing inexplicably spray graffitied around right as they come into view and right as that line in the accompanying song plays. Now, this is probably the most extreme example and while being inconsequential it shows how at some points what’s happening in Baby Driver is more about creating a music video than the music enhancing the story.

That’s the main issue I personally had with the film and it’s just one of taste really, so much time and effort have gone towards these musical scenes though the actual story and characters feel underwritten.

Storylines and relationships feel completely rushed, the characters are really given room to grow or give us reasons to care for them other than on a superficial level. The romance between Baby and Deborah especially felt forced and certain characters actions contradict how they were portrayed up to that point that the audience themselves are left to fill in the gaps more often than I felt was necessary.

Like for example in Mad Max Fury Road I’m perfectly fine with some backstory left up to interpretation as it wasn’t particularly necessary. But as simple as the plot was for that film if the villain had a sudden change of heart out of the blue at the end and called off the whole chase or something I would expect more than a passing line of dialogue as an explanation.

Baby Driver I felt was all style and little substance. It’s not a bad film really it is just somewhat forgettable despite its stylish presentation. The plot and characters feel like they are just there as an excuse to create some cool car chases and music videos which is totally fine. However, at the same time, the film is brought down a little by that.

Not that I want to say I’m rating this film on a curve, I would have felt the same way about it if had I not known the director’s name or previous work at all. But the soul of this film doesn’t quite live up to Wright’s previous work. Rather than feeling for these characters, I felt indifferent to them and what was happening. Actors like Jamie Foxx or Kevin Spacey who I know are capable of comedy and drama seemed wasted on what felt like no more than rehashes of their roles in Horrible Bosses.

I enjoyed Baby Driver as a funny and entertaining rev head popcorn heist flick. Clearly, I do think Edgar Wright was capable of crafting something better overall but for a crowd pleaser, he’s most assuredly delivered with his latest film.