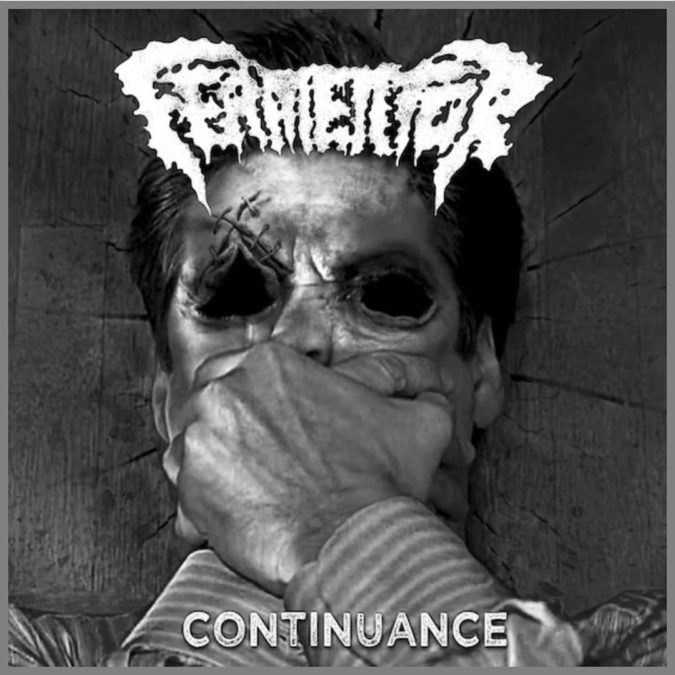 Here we have a ten-track instrumental album from a two-piece band, and to be honest I’d usually tap out at one instrumental per album. Don’t get me wrong, I love a good Instrumental, but ten of them in a row just seems like way too much hard work for not much of a payoff.

But here we go anyway. Fermentor, show me what you’ve got.

From this point on, I’m going to list the tracks in dot points and give you a very quick run- down:

4. The Decay of Western Society: two dudes jamming out some fully sick riffs.

6. Landbridge: as above and below

7. Cotterpin: you get where this is going …

Well, that was an adventure of sorts, and while these guys can clearly play their instruments quite well, the whole album just leaves me wanting more, like some vocals, or maybe a cool bass line. I guess that’s too much to ask in a Two-Piece box, even though the colonel would at least give us some chips and gravy on the sides to add a little flavour.

It’s not that Continuance is lacking flavour, it’s full of it, but realistically it’s still just two dudes jamming out some fully sick riffs. I can’t even begin to picture where this album fits into the market or who the label will be trying to sell it to. I guess they have some kind of plan to stop this from just falling into the abyss of pointless musical releases, though.

All said and done, this is an enjoyable and listenable show of musicianship …