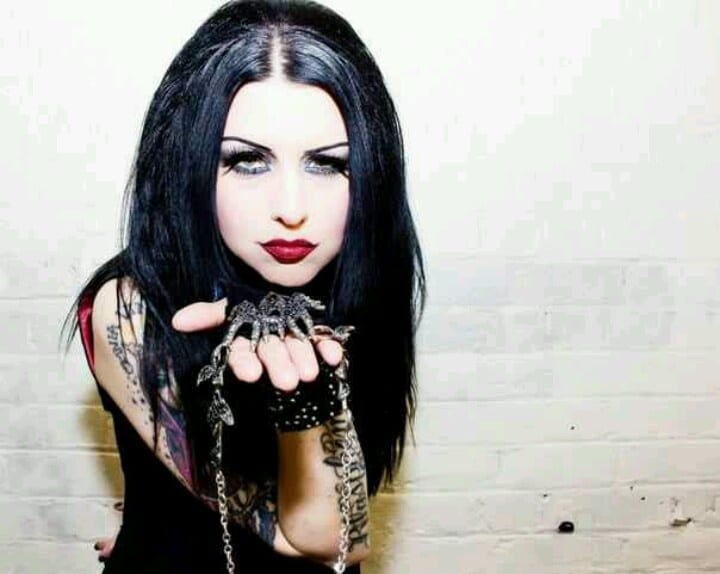 If you were putting together a list of female artists in hard rock and heavy metal then it would be a time consuming task that could well become a never-ending list of some of the most talented musicians to ever walk this Earth. So, HEAVY’s Dave Griffiths decided to help you out by putting together a cheat sheet of ten female artists he feels deserve a spot on any play-list… although even he says this list could have easily gone into the hundreds.

Not many musicians can boast a career as varied as American Tairrie B. She started out in dance music before finding success as a rapper. From there she went on to form alternative metal outfit Manhole in 1993. Due to a legal reasons the band then changed their name to Tura Santana and gave us the brilliant Relief Through Release album in 1997… an album that is still very much under-rated even today. In 1999 Tairrie then joined forces with Mick Murphy, who would later become her husband, to form My Ruin. To date the band have released eight albums and had tracks featured in movies including Nicholas Cage’s 8mm. My Ruin is currently on hiatus.

Surely anybody who calls themselves an Australian music fan must love the work of Janet English. English has been the bass guitarist and backing vocalist for alternative rockers Spiderbait since their inception way back in 1989. Not only that but her artwork for the band over the years has seen her nominated for a number of awards… and as we saw back at The Corner Hotel a couple of years ago she knows how to handle shit from the audience. Aside from being the voice behind one of Spiderbait’s biggest hits – “Calypso” – English also formed a band called The Shits, which then became Happyland in 1997 with then boyfriend, Quan Yeomans from Regurgitator. If you don’t have Spiderbait’s Ivy And The Big Apples and Happyland’s Welcome To Happyland in your collection then you aren’t really an Aussie music fan.

Speaking of famous hard rockers named Janet it would be an absolute crime to leave the famous Janet Gardner off this list. Gardner was originally trained as a choir singer but burst onto the hard rock scene as the front woman for Vixen in 1983. Vixen were a game changer in the hard rock genre and ended up touring alongside the likes of Ozzy Osbourne and Scorpions. Today Gardner concentrates on her solo work with husband Justin James. Her self-titled 2017 album was an absolute killer and she returns this year with Your Place In The Sun. 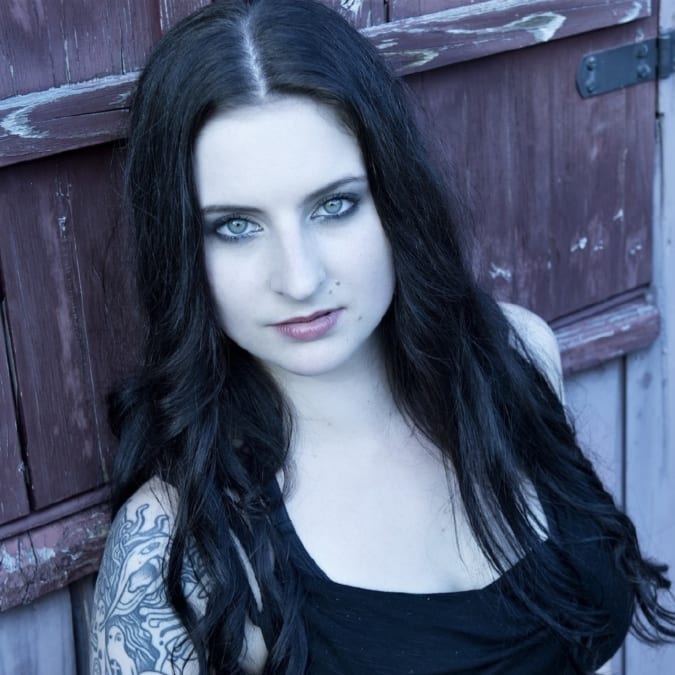 One of the most talented musicians going around in modern times is none other than Swiss born Anna Murphy. Coming from a very musical family Murphy joined folk metal outfit Eluveitie at the age of just sixteen as their hurdy-gurdy player. While still part of Eluveitie she also joined other groups such as godnr.universe, Frakmudt (who performed at Eurovision) and Nucleus Torn. In 2016 Murphy left Eluveitie and formed a brand new band called Cellar Darling who currently have released two albums. 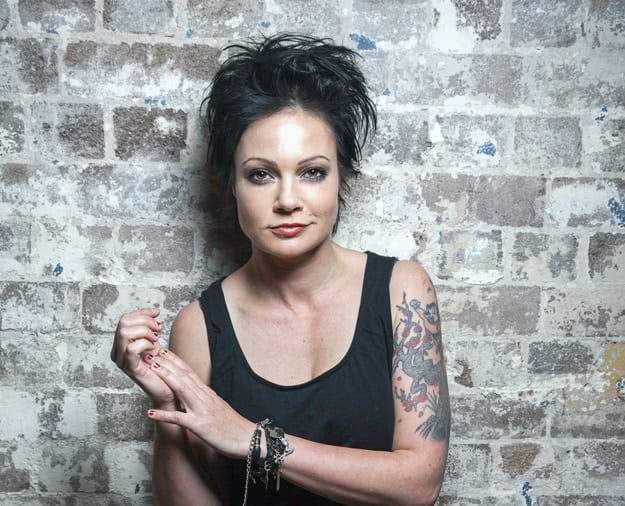 Few in the Australia music industry have achieved as much as the legendary Sarah McLeod has. Hailing from Adelaide McLeod originally started a band called Fallen Down Monster before in 1994 forming a band called Hell’s Kitchen which would later become the juggernaut that is The Superjesus. After three sensational albums – Sumo, Jet Age, Rock Music – the band went on hiatus in 2004 before reforming in 2012. Aside from The Superjesus McLeod has also released four solo albums, been part of Screaming Bikini and in 2018 had another hit single when she teamed up with Scott Darlow, Adam Brand, Jack Jones and Todd Hunter to cover Dragon’s “Rain” to raise money for drought relief.

The butt of many jokes over the years many people seem to forget that Courtney Love is a talented musician in her own right. Long before she even met Kurt Cobain Love formed Sugar Babylon (who became Sugar Babydoll) in the early 1980s. From there she recorded material with Faith No More before forming Pagan Babies in 1984. From there she went to LA to focus on becoming an actress where she worked on films such as Sid And Nancy and Andy Warhol’s Fifteen Minutes before appearing in a video clip for The Ramones. In 1988 she started the band that would make her famous – Hole. The band would release four hit albums – including the brilliant Celebrity Skin – and during a nearly decade long hiatus Love featured in all female super-group Bastard before releasing perhaps one of the most under-rated albums of all time – her 2004 solo album American Sweetheart.

Born Karen Lynn Greening in 1962 Lee Aaron is one hard rock artist you simply must have music from in your collection. She first started performing on stage as a fifteen year old and released her first album in 1982. Her 1984 album Metal Queen and 1987’s self titled album are two of the finest hard rock albums that you will ever hear. Aaron is still performing and her latest album dropped in 2018. 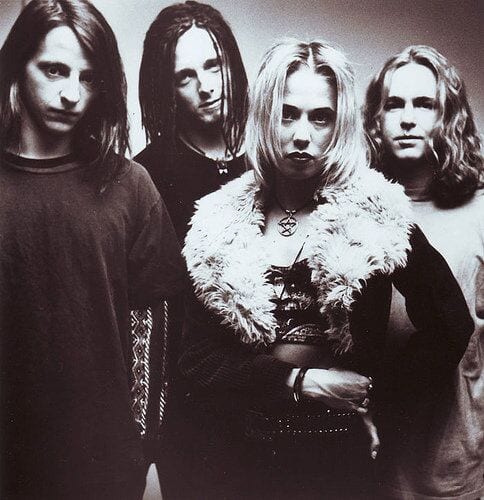 Head onto any Australian university campus during the 1990s and it was easy to see that the sounds of Australian rock where undertaking a brand new and very exciting sound. At the forefront of that new sound was Def FX fronted by none other than Fiona Horne. Albums such as Ritual Eternal and Majick introduced a new wave of rock that seemed to mix elements of electronica but was much heavier than most of the electronic-rock that had come before it. Horne is also a noted white witch who has also recorded solo albums and two albums with her first band The Mothers. Def FX are about to embark on a reunion tour in Australia.

One of the longest running all female heavy metal bands is probably one of the most under-rated bands when it comes to Australian heavy music fans. Formed in 1996 in Ontario, Canada Kittie are certainly a force to be reckoned with. Fuelled by the amazing vocals of Morgan Lander the band are still active today and have their album from 2000 Spit is still one of the greatest debut album I have ever heard.

For many metal lovers Tarja Turunen will forever go down in history as the woman who redefined the symphonic metal genre. With Tarja at the front of Nightwish the genre almost became main-stream and as a result attracted a legion of new fans… many of which would never have previously listened to heavy metal music. Before leaving Nightwish Turunen would record five perfect albums with the band. Since her departure she has also released twelve solo albums… and still has one of the finest voices in the heavy music world.