WARNING: This video features actual undoctored footage of killer Drop Bear attacks in Australia.
Following on in theme from our last premiere this video is also an environmental awareness message. Although, this one brings attention to the dangers of Drop Bears and the demise of Koalas.
The video clip was made largely in MS Powerpoint software while on Brisbane trains to and back from work over about a 4 month period. It was featured on the popular Facebook page, Ozzy Man Reviews, and has over 250,000 views, approaching 10,000 streams on Spotify and the album titled “Muthafukasaurus” has over 40K streams!
Over the last 20 years, Koalas have gone from “Plentiful” to the brink of “Endangered” with a high risk of extinction in the wild due to extensive land clearing and property development destroying their living areas. Despite this, there are no Federal or State acts protecting Koala habitat from clearing bushland; their home. Recent bushfires have put further strain on their survival chances. If we can’t protect our most loved and iconic native animals from an easily preventable extinction, when they were abundant just a short time ago, then we all deserve to get eaten by Drop Bears!!!
Listen on Spotify
Listen on Bandcamp
Goatzilla Facebook 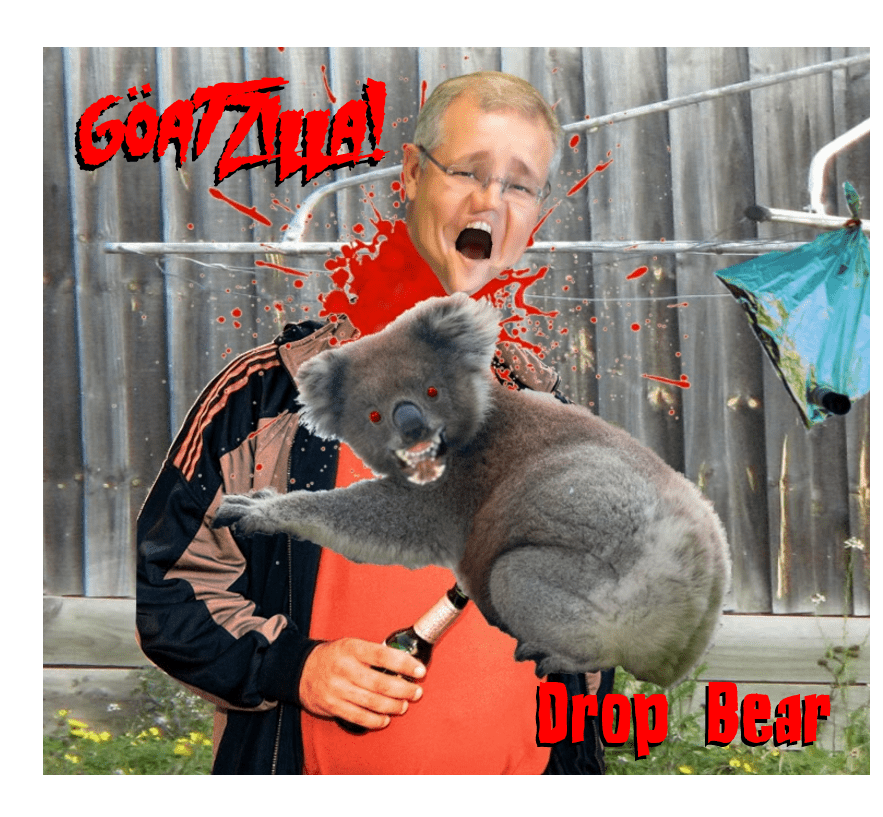