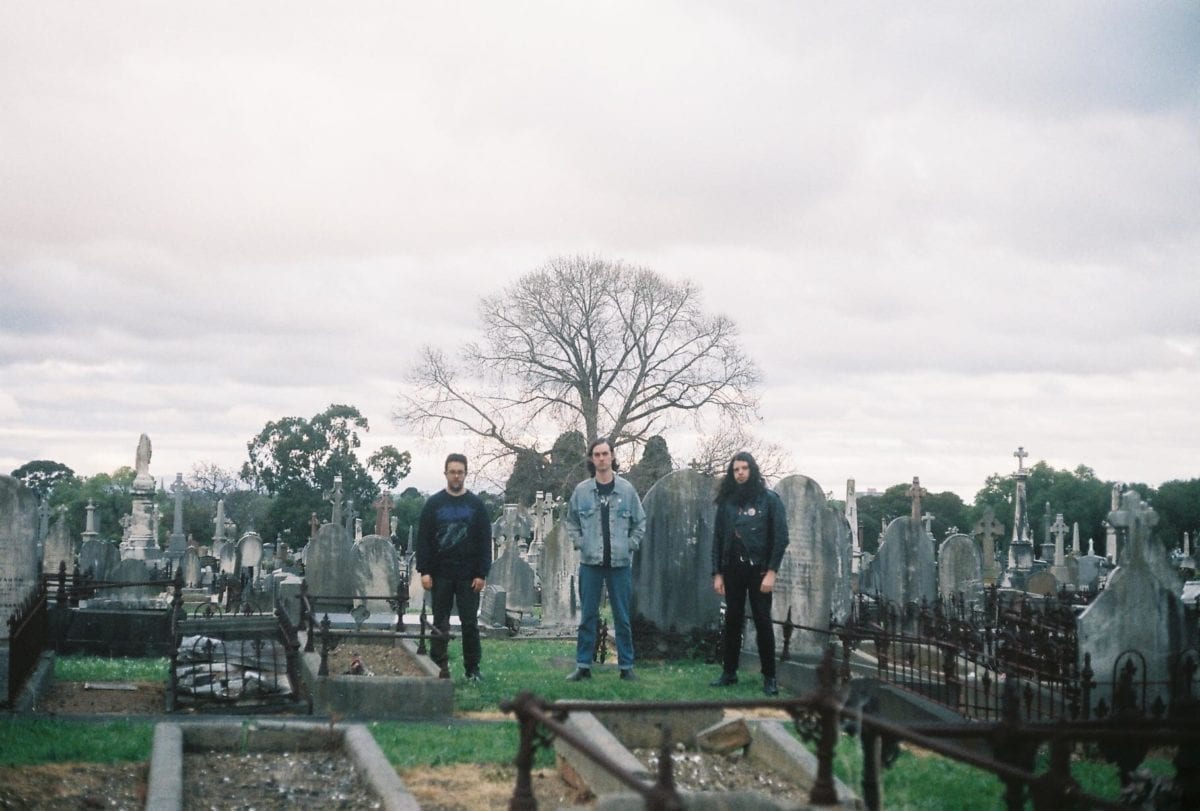 Striking while the iron’s hot,  Multiversal Abattoir follows close on the heels of Blood Harvest‘s international CD pressing of Faceless Burial‘s debut album,  Grotesque Miscreation, at the beginning of 2018. Here, the Australian power-trio simply sharpen their blades – and those blades are already extremely sharp, possessing unimaginable death metal might. Theirs is an unremittingly dark and dexterous sound which draws in a variety of death metal traditions: the gooey grind of early ’90s Finland, the spiraling surge of classic Tampa, the bazooka-blown fury of old Brazil, the atonal angularity ushered in by Immolation, and the cacophonous caverns traveled by Incantation.

And yet again, with this wealth of influence and a heaving foundation on which to stand, Faceless Burial exude a charisma all their own, more so than ever on  Multiversal Abattoir. Largely, it comes down to the songwriting itself; forever twisting and never stagnating, each song revealing new corridors through which to spelunk, and efficiently. It’s no so much a restless blast through scattershot ideas as it is an endlessly malforming entity making rude shapes – and sending them down to be sliced and sluiced in a very literal  Multiversal Abattoir. And that’s to say nothing of the utterly powerful production, which once again is both death metal classicism to a T and an absolutely skillful balance between clear ‘n’ cutting and murky ‘n’ malodorous.

The bandwagon is already rolling for Faceless Burial. Step forward to the  Multiversal Abattoiror get slaughtered anyway! The first step toward the slaughter can be taken with the new track “Piteous Sepulchre (of Amentia)” HERE at Blood Harvest‘s Bandcamp, where all three formats can be preordered. Cover and tracklisting are as follows: 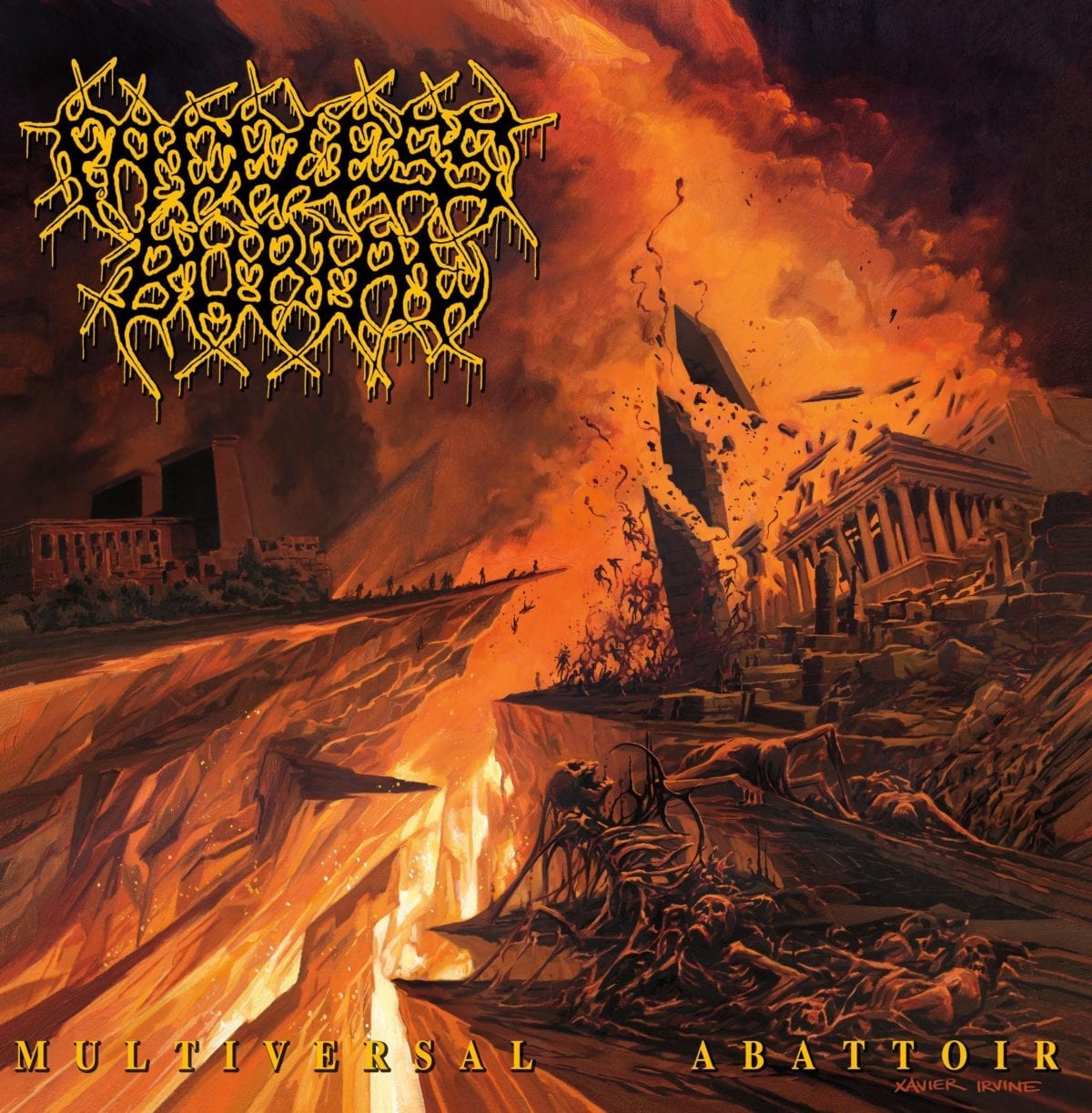