Ezekiel Ox of Mammal on the band, Australia, and more 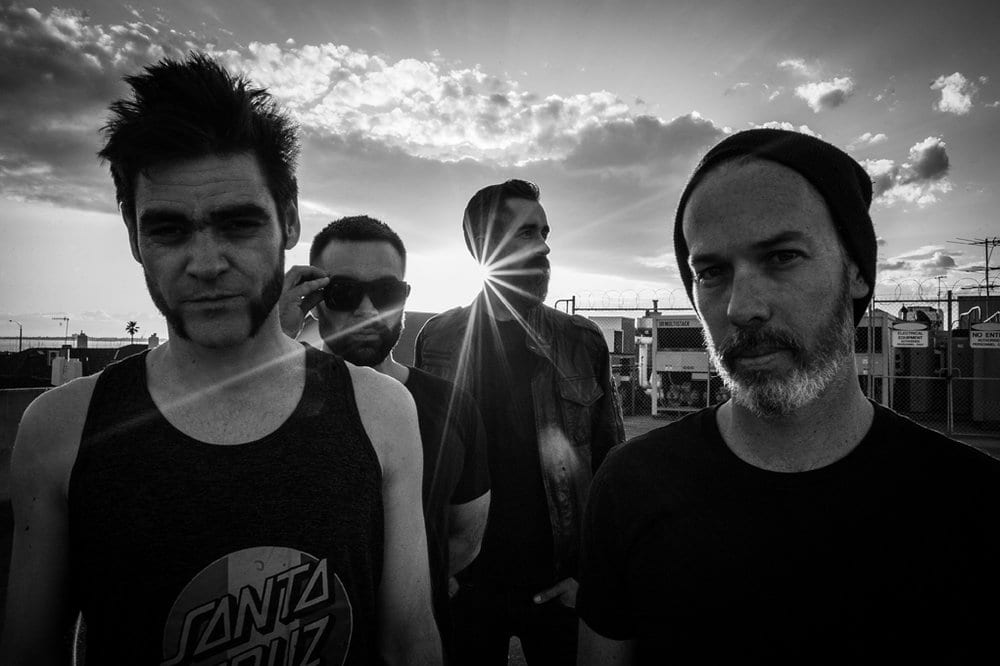 ‘Due to long-standing personal, political, musical and business differences, Mammal has decided it cannot continue and is no more.’

With this statement on October 31, 2009, the music world was left mourning the loss of one of Australia’s best bands in Mammal, a band who in three short years had created a musical legacy that has endured longer than they were together.

After nearly eight years of questions and innuendos and negative comments about the band ever reforming, on August 8 this year the band announced they would be reforming for a one-off show at Max Watts in Melbourne in October, and hope began rallying around the potential of it turning into something more.

So unsure was frontman Ezekiel Ox of what would happen after the concert, he declined interviews ahead of the show, preferring to allow the music to dictate proceedings and let the fans make up their own minds.

“I just got a T-Shirt design sent through from the guys, so that’s what we’re working on today,” he replied cryptically as to why he was now ready to talk. “We’ve got some tracks being emailed around, so it’s been really good. We’re taking it very slowly at the moment and looking forward to the next shows, but the first gig felt really good!”

The comeback show in October sold out quickly, with fans snapping up what could possibly have been the only time they could catch the band back in action, with the overwhelmingly positive response from both fans and critics alike coming as little surprise to O

“I think it’s been pretty clear that people were very fond of Mammal,” he expressed, “so, I don’t know if I was surprised by it. Definitely humbled, but not surprised. I think part of the fact that people still connect with Mammal is due to the fact we have lyrics that try to inspire a thought process that can lead to something better… maybe something revolutionary, maybe lead to less war and racism and that sort of thing, and I think that might be a large part of why people connect. The music is so strong, and on top of that, we’ve got a message that calls for unity and calls out the people that are fucking it up. We plan on continuing to do that.”

That Mammal even became a band at all is down to pure chance, with Ox explaining that but for the hand of fate, the meeting that put guitarist Pete Williamson and Ox back together might never have happened.

“Pete and I knew each other from high school,” he recalled, “and we randomly met again on a plane when I was going to Perth for my cousin’s wedding. I had just gotten back from the States with Full Scale, and I was looking for something new, and he had that. He’s always played guitar for as long as I’ve known him – he has always been very good – so we picked the jam up again, and that’s how it started really. Where it finishes, I don’t know. There was never any vision for the band, it was just a random meeting, and the only thought I had was to sing as well as I could on the tracks and pursue it because it felt right. I dunno… I dunno if I ever had a set vision for it. It seems like it’s a clear thing now, but we just kept hiring people (laughs). It was a case of we’ll get this guy to produce our E.P, and we’ll get this guy to do our logo, and then we’ll go on tour with Cog, and we kept doing things with people we liked playing music with and making art with; and then we kept playing live and people enjoyed it. It was never surprising that people enjoyed what Mammal was doing because it was fucking awesome! That’s why we still have the response we have.”

After releasing their self-titled E.P and an ambitious, but successful live album, Vol 1: The Aural Underground before an actual studio album, Mammal came out with The Majority in 2008 and turned the Australian music world on its head. The mixture of hard rock, funk, alternative, and rap tapped into a fresh market, and the intensity and sheer exhilaration of their live performances announced Mammal in a big way. The political, social and economic statements made on that album rivalled the mighty Rage Against the Machine in their brutality and honesty, with Ox standing behind every lyric to this day.

“There are lots of statements on that,” he affirmed. “‘Living in Sin’ is about Rudd’s apology and Abbot’s response. Johnny Daylight-Lacey came in to play didgeridoo on ‘Zero Infinity’, and we were definitely trying to make statements about sovereignty and aboriginal people while including the aboriginal people, and then on ‘The Majority’, we make a pretty cool statement about how they are trying to wear you down and make you feel small. There are many statements on the album. Each song says something. I could go through them all, but it would be a very long list (laughs).”

With Mammal’s assault on the rest of the world starting to gain traction, the unthinkable happened on the eve of an overseas tour when fans and media alike were left scratching their heads after the seemingly out-of-nowhere announcement. Although it came as a shock to the music world at large, Ox says the seeds of discontent had been sewn in the band for a while.

“There had been unrest for sure,” Ox sighed. “It ended quickly, and I think painfully, but that’s all in the past. It used to be my present, but now there are fresh videos of Mammal live so it is exciting times ahead. It’s more exciting than it has been in about seven and three-quarter years! (laughs)”

One of the factors that stood out from the breakup statement was the part about political differences, with Ox agreeing that in a band as politically and emotionally charged as Mammal problems can be exacerbated and amplified.

“Yeah, it is tiring, but also vital” he confessed. “When you look at things like politicians getting paid more and tax havens…. things like why are they cutting health and education and we’re still paying G.S.T on things like tampons… society is set up in a way that is rubbish. It is fatiguing, but it is constantly a struggle as well to stay sane at the same time. It keeps you going and gives you energy (laughs). Even though singing about that stuff brings those emotions Mammal has always brought the energy when we’ve had it. I don’t know if politics was the problem… I think probably relationships are the main thing that leads to massive unrest. If you can all talk about politics and be civil, then it’s fine because that is life. You have to talk about it, just look what is happening around us.”

After openly and publically stating a Mammal reunion would never happen, Ox confronted the fact at the recent show by wearing a shirt with the words ‘I will never play in Mammal again’ emblazoned across the front, but despite previous claims he admits that all it took to make the members forget about the past and concentrate on the music was a simple conversation.

“I printed the shirt for a bit of fun,” Ox laughed, “but I guess what changed to make us try again was just that I called everybody, and that hadn’t happened in a while. We hadn’t spoken in quite a while aside from a few emails a couple of years ago. It was just those calls that led to us deciding to see each other again. It’s just one story of four people, so it doesn’t really hold any power as to what happened because we were all doing that every day. Going back to things, leaving things… That’s what changed, I think, the fact there was communication again. It was a very complex, redemptive tale (laughs).”

Life after Mammal was never dull for Ox, with him performing in many other projects including The Ox and the Fury, Over Reactor, Full Scale and Superheist, but he says that tapping into the Mammal side of his personality again was an easy process.

“No, it wasn’t hard,” he said. “It wasn’t hard to perform in Mammal again at all. It wasn’t hard to feel comfortable in that space; it felt really natural and good. I’ve never really thought of myself as having different personalities in different bands though (laughs). I’ve always thought more of myself as being a performer that gives what I have to those lyrics at that time. It’s a strange way to look at it with personalities. It’s not like I’m six people in one guy! (laughs).”

With the announcement of another run of shows near Christmas, it appears Mammal have once again reconnected on a personal as well as musical level, with Ox smiling when asked if this meant we can expect new material from the band in the future.

“There is new stuff,” he teased. “There is new music, so the answer to that is ‘yes’. There will be more Mammal music very soon…”

PrevPrevious.CANCER BATS: Band of Brothers
Next.Derrick Green of Sepultura on ‘Machine Messiah’ and touring Australia in 2018Next