Exploration Through Music With TAILOR MADE REJECTS 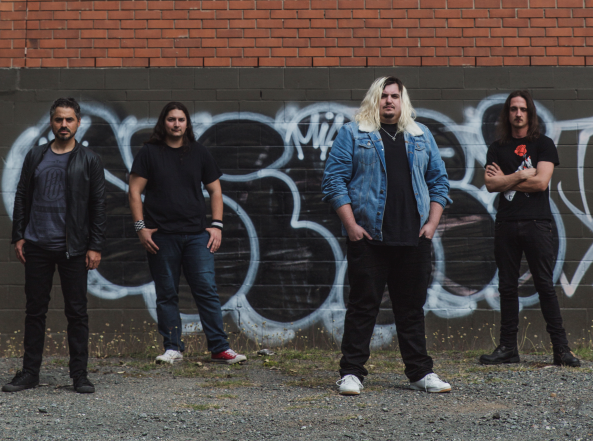 After the successful release of their first two singles Ghosts Of Paradise and Fading Colours, Brisbane rock outfit Tailor Made Rejects are today putting their first EP, Selfmedicate, out to the world.

The EP is an eclectic mixture of rock, progressive rock and musical experimentation that should serve to enhance the growing reputation of this fledgling band.

Ryan, Nate and Zack all sat down with HEAVY during the week to discuss the EP and the rise of Tailor Made Rejects.

“Ghosts Of Paradise was our follow-up song to Fading Colours,” Ryan Valley (guitar/vocals) began, “and that song was the one I used to demo the entire sound to the members that I eventually got to join the band. We based our sound around that alternative rock but I soon realised after getting Zak (Cutmore, drums) and Nathan (Stiffel, bass) into the band, and Alex (Alejandro Moro, guitar), that this band is not just an alternative rock band. There’s more to it. There’s more elements that we need to explore. This EP is the first step into the great beyond that will eventually become Tailor Made Rejects, so we have a lot of interesting stuff on the way and this EP definitely is the conception and the fetal stage of that.”

“The EP’s got a lot of different sounds and different genres that we pulled from,” Zak added. “We started off doing this alt-rock kind of sound with Ghosts, and then we did Fading after that, and then we realised it was more than the alt-rock sound. Ghost is very rock and roll, but there’s a lot of different elements we pull from. The EP is a combination of everything going forward.”

In the full interview, the boys talk more about the songs on Selfmedicate, the importance of musical variety in your music, how they selected the songs to go on the EP, future music and what direction it will take, upcoming shows and more.