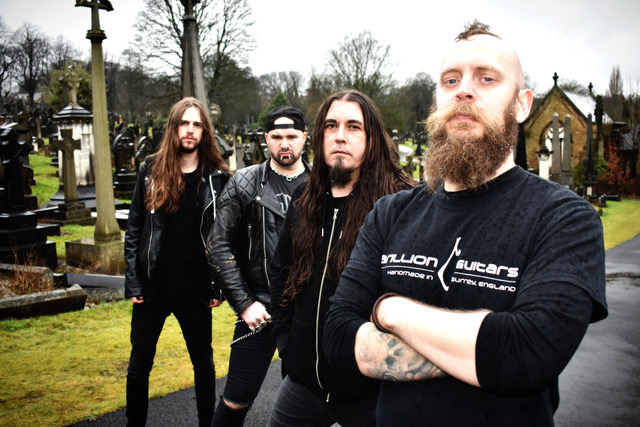 After eight long years, British thrash outfit Evile have finally released their latest studio album, Hell Unleashed, which came out back on April 30.

The album sees a number of changes within the band, most notably the promotion of Ol Drake from guitarist to assume lead vocal duties as well, and the addition of Adam Smith from RipTide on rhythm guitar.

Ol replaces his brother Matt on lead vocals, with the fan reaction being the first topic of conversation when Ol joined HEAVY for a chat earlier this week.

“It’s gone better than I thought it would,” Ol enthused. “I thought it would be 50/50 with people in the Matt camp saying no, it’s not Matt, I’m not listening, then the other camp saying yeah it sounds quite good actually but it’s been like 90% positive so I’m really happy with it.”

With live gigs massively on the decline after the advent of COVID 19, Ol says the measure of an albums’ success is harder than ever to gauge.

“I don’t know,” he replied, “I can’t really answer that because the only way I usually find out is when we play live and we play new songs and how they come across. It’s great having people comment on Instagram and all that but you don’t really get the feel for that until you play the songs live and obviously, we haven’t done that yet so…hopefully soon.”

In the full interview, Ol runs us through his transition to take on lead vocals, what difficulties it posed, new member Adam Smith and what he brings to Evile, featuring a cover song for the first time on an album, the musical climate that gave birth to the band, how they came up with their own sound within the thrash movement and more.