Esprit D’Air Shines A Beacon Of Light With New Single 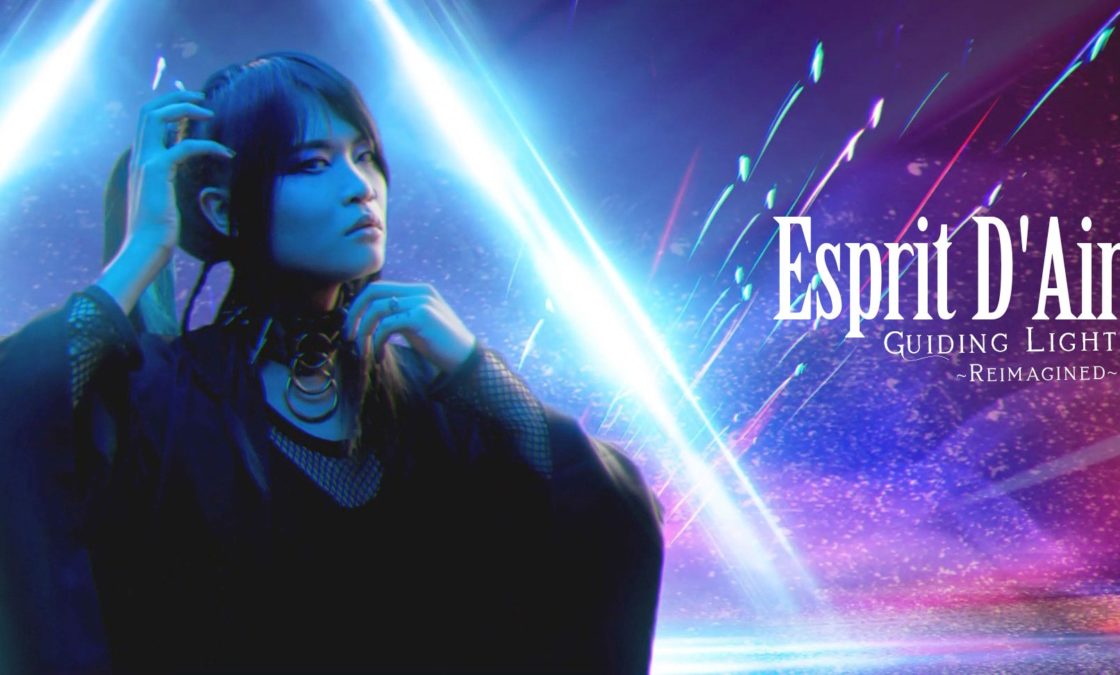 London-based rock band Esprit D’Air have released a new, reimagined version of their 2017 song, Guiding Light. Recorded by multi-instrumentalist Kai, Guiding Light was mixed and mastered by Paul Visser at The Recording Studio London and is sung in both English and Japanese.

Kai answered some questions for HEAVY via email so check out the chat below:

HEAVY: You have released a reimagined version of your 2017 hit single Guiding Light. Firstly, can you elaborate on the term “reimagined” and how it translates to this song?

ED: Sure! I wanted to produce a more powerful version, and I re-recorded it entirely. The biggest differences are the vocals and the ending, which now have a different arrangement. Hopefully, the reimagined version shows how our music has progressed whilst also giving the song a new life.

The song is sung in both English and Japanese. Does each language tell a story from a different character or perspective or do they follow the same narrative?

It actually follows a linear narrative structure. I expressed the song in both languages to appeal especially to non-Japanese speakers so that they can relate to the lyrics, whilst also maintaining my usual sound in Japanese.

The song tackles issues relating to mental health. Over the years, many musicians have approached this problem. Do you feel you are finally making a difference?

I think it is great that many musicians have approached this problem and are open to share and spread awareness of such issues. I am very open about my mental health, and I am not afraid to share it either.

I have been told by many supporters and fans that the song really helped them through the toughest times of their lives. It is really touching to hear that a song like this can make a huge difference in someone’s life. I want to keep spreading a positive message of hope, and this is why I wanted to release a new version of the song.

Would you say the song is as relevant, less relevant, or more relevant now than when you first released it?

It might just be as relevant, if not more relevant now in a time when the world is bleak and a lot of people are in anxiety and despair. We all need a ‘Guiding Light’ to remind us of hope and to keep us moving forward positively, no matter how hard life hits us.

On a personal level, it is also relevant to me. My mental health has taken a toll in the past year, but I am doing my best to train my mind into a positive direction. I feel I am more self-aware of my issues, so I can learn to keep fighting it. We have to remember as humans, we are imperfect, and we have to go easy on ourselves sometimes.

You have been releasing one song every six weeks, how far into it are you?

This would be my fifth release this year, and I haven’t missed a deadline yet!

Do you have a release schedule or planned amount of songs and if so how many do you have left to release?

I am following a strict schedule. After this, I will have three more releases until the end of the year. I have not completed them all yet, so it will be an exciting challenge to keep up!

Is it a way of trying to stay active and relevant musically throughout Covid, or had you always planned something like this?

The idea came about at the start of the year. The schedule really helps me stay motivated and active in an otherwise dull life in lockdown and solitude. It is easy for my mind to wander and get distracted, so this really does help me keep going.

The consistent momentum has also brought my fans and supporters closer together during this time and hopefully gives them something to look forward to all year round.

Will you eventually collate all of the songs into an album, or will they stay as singles?

Yes, I am working on my album, Oceans. I might push this back for an early 2022 release to make sure it gets the best attention it can get.

Esprit D’Air is a solo project fronted by yourself. How challenging is it to undertake something like this on your own?

It is not easy, definitely. The most challenging part is trying to be everything at once. I am not only the vocalist, but the guitarist, composer, producer, as well as the person who promotes the music, books the shows, and replies to comments and messages on social media. I enjoy doing it although and would not have it any other way.

Do you use session musicians in the studio or do it all yourself?

I write, arrange and compose everything you hear in the songs, and sometimes play them all. Guiding Light is one I have performed on my own, and Leviathan too, apart from the bass.

My previous single, Glaciers had the incredible Jan-Vincent Velazco from Pendragon on drums and Takeshi from Knights of Round on bass. The amazing Andre Joyzi from Breed 77 also performed at our 10th Anniversary Live show as well, and I have friends and musicians Ryo, Yusuke, Yuri, Kazuki, and many others who have played shows with us to make the live experience possible. Original members Ellis and Daishi from 2010-2013 also helped out at live shows in the early stages of the 2016 formation.

I used to pretend that Esprit D’Air is a band since we reformed in 2016, even in some of the album credits, but the studio work really has been my solo project since then. I have only just started to embrace that I am on my own and have the confidence to do it on my own. It must be confusing for my older followers to see that our members are always changing—they are not, it just depends on who is available for the shows and the videos.

However, I get to work with so many amazing people for the live concerts and tours, and it makes the experience feel like I am not alone after all.

Your sound mixes djent, industrial, electro, goth, emo, and metal together which doesn’t sound like it should work but does. How difficult is it to combine all of those genres into a cohesive and structured song?

I never liked to copy or follow a specific band or trend. I don’t want to be known as “an artist that sounds like another band” because it means that we would always be a second favorite to fans that way. I want Esprit D’Air to be someone’s favorite band, you know? People often cannot compare us to a specific band, and I think that is a good thing. It is important to find your own unique sound.

Having said that, I am also considering working with other producers to really broaden the scope of what Esprit D’Air can do. I am always open to new ideas.

Maybe go on a vacation? Haha! I am sticking to my plan of releasing new music every six weeks. If fans and supporters like what I do, I would love them to join my new Patreon page. No vacations anytime soon!